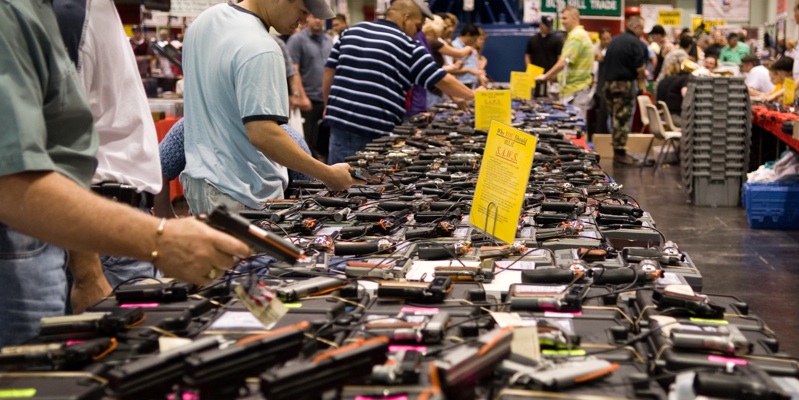 Starting this month, barring some unusual circumstance  (like if the entire University of Texas at Austin football team takes a cue from Mizzou and refuses to play),  a “campus carry” law will take effect in Texas public universities (private schools like Rice University can and have “opted out”). One begins to get a tad suspicious of the true aim of such a law when its creator, on his Facebook page, urges “liberal” professors, if they don’t like it, to simply quit. And lest we forget, Ben Carson (when he was still a viable candidate) called for the monitoring of said liberal professors when they get too preachy. But here’s something that liberals and conservatives can agree on and subscribe to simply because it transcends party lines. I’m talking about America’s religion, in other words, “civil religion.” What do I mean by this?

The concept of civil religion, made famous by the sociologist Robert Bellah—channeling the voice of Emile Durkheim—sees the expression of that “group” of folks, collectively known as America, as having all the trademarks, sociologically speaking, of a “religion.” Surely we have our cross (flags and eagles anyone?), our scriptures (We the People and more), our ethics (jury duty is a pain but a must), our saints (at least a few presidents qualify, right?), myths (I do believe Washington cut down that tree), holidays (fireworks are involved), and religious experiences (just try being on that Olympic podium with a gold medal around your neck when the stars and stripes rise: tears will fall).

But more to our point, so too do we have social spaces, our “churches,” that are deemed sacred. I was arguing with a conservative colleague years ago about Clinton’s clever manipulation of the word “is” when he blindsided me with an undeniable fact: in his dalliance with his amour (some say at 2 a.m.), he may well have been eating pizza with his left hand while calling a senator with his right, but he was certainly seated. In the oval office. And on the eagle. Blasphemy. He had a point.

The White House is our cathedral, but there are many such sacred social spaces, each of which play an essential role in maintaining our nation as a flourishing democracy. Think for a moment of your house. Each room is different and its function defined quite deliberately. Yet together, as constituent parts of the house, they are linked and indispensable parts of the whole. While one might occasionally blur the lines of what is permissible in each space (Johnny can eat ice cream on the couch on his birthday), certain rules do apply. You wouldn’t cook dinner in the bathroom and, conversely, you wouldn’t…well, you get the point.

Which brings us to the university. Religion, when it is taught in university social spaces, may partake of Johnny’s birthday blurring but, on the whole, one can and must distinguish it from the social space of the seminary, the temple, the mosque. It is not a theological social space and we are not, as professors, engaged in catechism.

What is it, then, that professors do? The social space of the university is culturally defined as being public, secular, pluralistic, and critical. Unlike the Congress, we can entertain multiple and conflicting perspectives and, oddly enough, learn from the to-and-fro of conversation and argument. As a result, people often change their minds. That is the essence of the university social space. This is true not only with respect to “religion,” but any subject. It should be celebrated by conservatives and liberals alike, and usually is.

If that’s a simple but fair rendering of “what we do,” then it’s equally fair to observe an important feature of that university social space, namely, that it is also the very essence of the values held dear by what we have called “civil religion.” When certain “religious” authorities ask that the university social space (or, for that matter, any level of schooling) become colonized by a particular religious tradition, they confuse the varying types of social spaces while advocating the destruction of the time-honored separation of church and state. The essence of civil religion, as far as the university is concerned, is the promotion of a public, secular, pluralistic and critical social space. That is democracy at work, and any attempt to subvert it is tantamount to subverting democracy. Which is to say once again: the university social space, in its valorization of critical thought and the allowance of a plurality of voices, is nothing less than the essence of the “civil religion” we know as America.

Which brings us to guns. There are many, many reasons why campus carry is a bad idea. For one, allowing students going through late adolescence and various identity crises to carry guns when alcohol is readily available never works out well. One shudders to think what could happen when volatile political events lead to sustained, hostile and chaotic tensions between opposing student groups. Moving to our specific point, some advocate for guns in schools as an instance of exercising Second Amendment rights. Others think such a reading might run counter to First Amendment rights to free speech and critical inquiry and the social spaces that valorize that right, which is to say, spaces at the heart of “civil religion.” But this seeming conflict between amendments becomes possible only when one promotes a perverse reading of the Second Amendment through a steroid-induced haze. One assumes that certain Supreme Court justices, should it get that far, would be sober enough to dismiss it out of hand. Again, this is not a liberal versus conservative fight. Guns in schools are the attempt to destroy that social space, so essential to the values of civil religion, through intimidation and fear. It is an overtly aggressive act destined to inhibit the workings of that creative, reflective cultural strand which has served to promote that Union we call the United States of America. Such values are so ingrained in us that, eventually, they rise up to claim their authority in our individual and collective psyche. A different but related case in point: should Donald Trump lose the election, one can point to the Khan fiasco as the beginning of his end. And how better to characterize that fiasco than to say that his Islamophobic slurs were “trumped” by the values of civil religion? It took awhile, but he finally crossed the line.

Which brings me back to guns and the UT football team. Guys, whaddya say? You won’t get an “A” for refusing to play, but you’ll have done your part to save the Union. So go ahead: be heroes. Be Americans. You might find that your refusal to play, which will serve as the counter to that which transcends both liberal and conservative, which is to say, the neoliberal urge to make more and more money, will save us. And, perhaps, you.