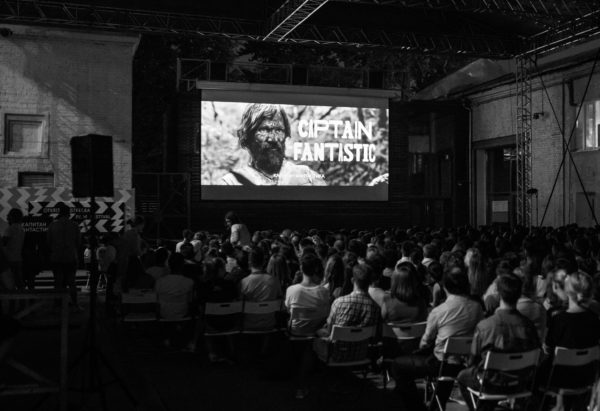 The other day, “Sweet Child O’ Mine,” the classic rock song by Guns N’ Roses, popped up on my car radio and I started weeping. If you’ve seen Captain Fantastic, you might know why.

The film has a longer emotional half-life than most as it taps not only into a stockpile of sentiments, but also triggers family ties that have kept its sounds and images bouncing about my life well after the houselights turned back on. For days following, every time I looked at my children I thought of the film. And an old hard rock song that I never much cared for now makes me cry.

Captain Fantastic has nothing to do with superheroes, or anything “super” for that matter. Actor-cum-director Matt Ross wrote and directed it, with Viggo Mortensen headlining as the patriarch of the Cash family, living off the grid in the evergreen forests of the Pacific Northwest. Relying on a back-to-the-land aesthetic and ethic, Ben Cash runs a tight ship with lots of physical and mental discipline for his six children. The product of a mix of hippie counter-culture, literary classics, Marxist philosophies, and survivalist skills (from ages 6 to 18, each child has their own large hunting knife), the family respects all views and lifestyles, as long as someone can make a good case for them. They don’t make fun of anyone, “except Christians,” one of them chuckles.

The kids are home schooled—though that seems a far too-tame description of what goes on in this holistic training ground. Mornings are spent running through mountain trails, followed by calisthenics and yoga. Papa Cash treats every child as independent, strong, and capable of making their own decisions, as long as they are thoughtfully made. At the same time, he’s authoritarian, the clear Captain of the ship.

When 14-year-old Rellian (each of the kids’ names were made up by their parents to show their uniqueness) takes a fall and slams into a rock face while climbing in the rain, I cowered, winced, and thought this is the start of the really bad part of the film. My parenting instincts were to rush over and comfort the boy with the bashed, bleeding hand, dangling from the end of his ropes several hundred feet up a rock face. But Ben doesn’t flinch; strapped into his own ropes across the rock, he calmly and rationally tells his son “there is no cavalry, no one will magically appear and save you in the end.” And Rellian does get it together and helps himself back up. I, however, remained unsettled, full of questions and concerns.

Evenings are spent around a campfire reading Guns, Germs, and Steel, The Brothers Karamazov, and Lolita. The latter becomes a focal point for a scene in which Ben quizzes the teenage Keilyr to talk about the novel. She offers an analysis that would make any college literature professor envious, discussing Nabokov’s invocation of romantic desire and the horror of rape with equal force. When the 6-year-old Nai overhears the conversation, he asks what “rape” is, to which Ben, without hesitation, gives a straightforward dictionary definition.

As a parent, I squirmed a bit here too. I’ve never had an honest discussion about rape with my children, and I don’t even know if they know what it means. Should they? Am I over-protective? Maybe even dishonest?

The dead or absent mother trope looms large in cinema. In the case of Captain Fantastic, the mother Leslie’s absence is the hinge that sets the family, and the film’s action, in motion, leading to the central conflict of the film. I won’t spell out the plot here, but suffice it to say that the conflict puts all of Ben’s child-rearing skills into question. Just when my own parenting skills are most challenged by the Cash family’s forays, I get the chance to think maybe Ben’s approach is wrong-headed or crazy. Maybe he’s recklessly endangering his children. Maybe I’m let off the hook. Maybe.

There are also the “distracted father” films, though this isn’t one of them. Those films set up a contrast between professional life and family life, with some crisis provoking the father to rethink his relationship to his job and to his family, eventually leaning toward the latter. The difference here is that for Ben, family life is the profession. Ben doesn’t have to learn to put down his mobile phone and listen to his kids; he does listen, and then asks questions, getting the kids to talk even more. He doesn’t even own a phone.

In spite of all the seeming honesty and no-nonsense approach to parenting, a key tension is revealed precisely through the kids’ lack of social knowledge, about life outside the forest. As the 18-year-old Bodevan argues against Ben, “unless it comes out of a fucking book, I don’t know anything about anything!” Sure, he could defend himself in a knife fight and quarrel the finer points of Marx’s Das Capital, but when will he actually use it? It’s in the confrontation between one world and another where the squeaks emerge. (The film is careful to show that neither world, ultimately, is more “real” than the other.) 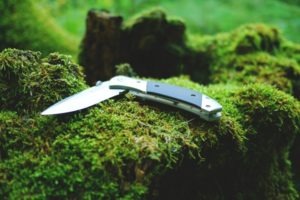 One component that crosses both worlds is the need for ritual in the midst of living together. “Organized religion” is criticized, yet Ben wears a necklace with Thor’s hammer on it, Leslie practices Buddhism, and the kids have clearly learned about religious traditions. In the world of the Cash family they substitute Noam Chomsky’s birthday for Christmas, and Bodevan’s coming-of-age rite is the hunting and slaying of a deer . . . with a knife. The family rituals are all improvised, made up, and in this way they are made personal and real for those who practice.

The film winds through a series of struggles toward the climax, a great family ritual with stunning version of the aforementioned “Sweet Child O’ Mine,” beautifully rendered through the children’s voices and instruments. Family life, on or off the grid, needs its rituals, its song and dance, its words and bodies, to survive. Ben is not the captain so much as high priest.

Maybe Captain Fantastic didn’t move others like it did me, and I wonder if there is a divide among its devotees: those who loved it are middle-age parents, and those who are single, or don’t have children, not so much.

Then again, the thing about Captain Fantastic is that my wife and I came away from it thinking we wanted to watch it again, with our children. Don’t get me wrong, it’s not something my kids, or most kids in their pre-teen years, would even remotely want to see. Curiously, I talked with a friend who had seen it with his wife, and they came away with the same desire to watch with their kids. It’s not a Friday night family event, pizzas and sodas on the floor, entertaining our workweeks away. But it is a film that might, actually, make us better parents, and better families. At least it gets us talking in that direction, challenging our protectiveness, honesty, and concerns for worldly things.

Like all films, Captain Fantastic isn’t just two-dimensional light on a screen: it comes down off screen and shapes our lives, whether we are conscious of this or not. The film is its own teacher to we the audience, schooled in cinema. It doesn’t tell us what to think, refuses to make anyone into the bad guy, or make judgments on the kind of parenting that Ben and Leslie Cash committed themselves to with their children. Yet as its emotional half-life lingers in me, I feel the need to make a better case for my own parenting, and thinking I need a little more Captain Fantastic in my fatherly life.

2 thoughts on “What a Father Learned from Captain Fantastic”