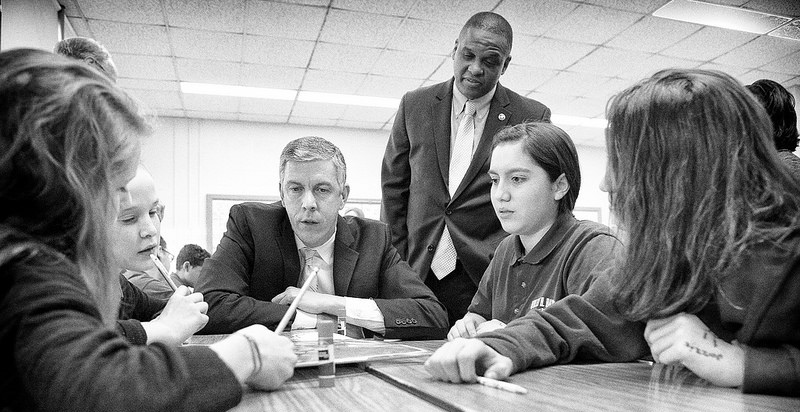 I recently asked a class I visited how the students would define religion. “Religion is a way of life, how a person lives their life and understands what’s important.” “Religion is a set of beliefs and rituals that allow followers to experience the transcendent and something larger than themselves.” “Religion can be whatever you want it to be; everyone has their own individual religious values that give life purpose and meaning.”

These are only a few of the examples from the students, but you get the picture: deeply philosophical and sophisticated; sensitive and careful about tolerance and diversity; and no God. Not a word about Him.

Now here is the punch line: these were 8th graders! My usual audience is college kids at Emory University, but this was a guest lecture at a nearby middle school, and it was for the “comparative religion” section of their curriculum. These students were getting a carefully designed introduction to the study of religion. In 8th grade. In Georgia even.

I’ve heard of some high school efforts to introduce non-proselytizing forms of religious education into classrooms—and let’s face it, here in the South but certainly throughout the nation for most of US history, bringing religion into the classroom often meant proselytizing for Jesus or the nation’s God—but not many. And rarely does the topic of religion come up as an object of study, like “politics” or “economics” or “language arts,” in middle and lower grade curriculum.

To be honest, before entering the class I wasn’t sure about the most appropriate grade to introduce young, impressionable children and early teenagers to the study of “comparative religions.” But I know it’s a hot, and hotly contested question today. Linda K. Werthheimer has a new book on the subject, and she comes on strong in favor of an “the earlier the better” approach; others like Annie Laurie Galyor, co-president of the Freedom From Religious Foundations argues the opposite view, writing “When I heard the question, `Should we teach religion in public schools?’ it made me cringe. Why? . . . . [W]e must consider whether typical public school teachers—particularly at the lower level—can truly be trusted to be objective about `teaching’ religion.”

Of course it is not just a current event, but has a long and well-documented place in the history of religion and law in the US: when is religion acceptable in public classrooms? Big question and somewhat sad, and symptomatic, that most Americans have no idea about the key Supreme Court rulings that have come down in the twentieth century (your homework assignment: look them up).

For now, I want to return to the comments from these 8th graders, and their genuine interest in, and excitement about, the topic. They did not need to be told that religion is an important force in society, bringing up the current presidential election, the popularity of the Pope, and the presence of Islam, in our discussion about where and what they hear about religion in the world. Without much prompting they smartly expressed how religious concerns shape and color personal views, social commitments, and political identities.

These students were curious not so much about religious pluralism (all the different traditions like Hinduism, Protestantism, Buddhism, and so on), as they were about the incredible diversity within all the traditions, and why there’s so much conflict within Judaism, Islam, Catholicism, and so on. They did not seem content with just learning about all the different religions, and the differences within religions, either. Believe it or not their eyes lit up when I started talking about the different approaches to the study of all this religious phenomena, such as psychological, or sociological, or economic approaches, and dropping names they had never heard of but still, I think, brought a chill down the spines of some of them: Sigmund Freud, Emile Durkheim, and, yes, even Karl Marx (how do you not bring up the “opiate of the masses” line when talking about theories of religion?). And then, the zinger that gets them every time, young or old: these particular three pioneering figures in the study of religion were all atheist Jews.

Their jaws dropped and then, after a few seconds of silence, we got into a thoroughly enjoyable and intellectually sophisticated discussion of another central and hot-button topic for the study of religion: what is atheism? They loved engaging openly about this, and about how these kinds of questions get played out especially in religion/science debates.

These 8th graders impressed me tremendously. They seemed enthused and energized by the very idea of “studying” religion in school, like one would study math, or social sciences, or biology, and they clearly and incisively appreciated the value of learning about religions in human society to their futures as students, citizens, and professionals. One especially thoughtful student noted that it can also be valuable for an individual’s personal growth, whether in spiritual or intellectual terms.

For many conservatives, introducing the study of religion (studying “about” religion often in comparative framework) into the curriculum is highly dangerous to the future of the faith. They fear the more education about other religions, or taking a critical approach to thinking about religion, the greater the temptations for youngsters to turn away from the family faith. Or worse, it might encourage an even greater evil threat: intellectualism.

For many on the left, bringing religion into classrooms can lead down a slippery slope, with the horrifying nightmare scenario of creationism finding a legitimate place in the educational curriculum of young people. The fear on this side is based in part on teachers themselves, and whether primary and secondary educators have the proper training and education to handle such a delicate and volatile curricular project that requires putting all religions on an equal playing field and raising critical questions about their truth-claims.

The fears on both sides are well founded, for sure. Knowledge is dangerous and its impact is not always predictable. Learning about Tibetan Buddhism may lead a kid to experiment with meditation; another youngster may become an atheist after reading about religious violence in all the traditions; or maybe others gain new insights about their own faith, reaffirming their own budding sense of a religious identity. Even with these potentially weighty outcomes, based on my own experience with these students, and lots of very ignorant college freshman (“religiously illiterate” doesn’t sound quite right, but I don’t mean ignorance in a bad way), I do believe the kids are alright with religion, and they are better off with studying it early and often in school.