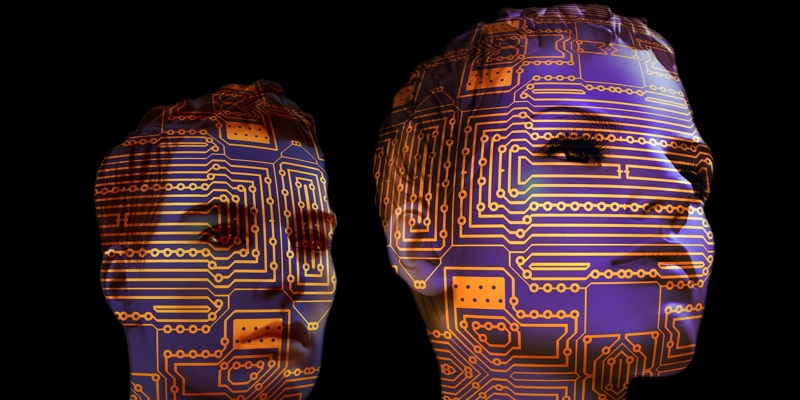 In a letter to new converts in Corinth, the provincial capital of Achaia, the messianic Jewish preacher Paul of Tarsus affirmed for his followers that they were assured a respectable existence in the afterlife. As an astute Platonist, Paul appreciated the ‘common sense’ that dictated material entities—the human body, in this case—could not participate in eternal economies of the spiritual plane. As a physical, material thing, the human body was corruptible and thus inherently contradictory to the elevated nature of things eternal. (1 Corinthians 15:43–44).[1]

This was, in fact, precisely why the new Christians of Corinth needed to be schooled in resurrection theology. This religious framework of resurrection had old roots in systems such as the mysteries of East African religion, as manifested in Egyptian practices of mummification to ensure that, following death, the physical body might endure for eternity. Under the likely influence of Zoroastrian theology, moreover, Judaic sects such as that of the Pharisees developed elaborate traditions of bodies surviving death.

The paradigm of bodily resurrection, however, directly contravened another ideology of materiality, that of Greek Platonism whose popular apprehension shaped the assumption of Paul’s Corinthian converts. On the surface, it seemed internally contradictory that bodies (physical and temporary) could be immortal (spiritual and eternal). So overwhelming was the force of this Platonic view of material things that many Christians (so-called Docetists) claimed that their messiah, elevated to a celestial existence following his execution by Rome, had never possessed an actual material body but merely appeared to be corporeal.

As a necessary solution, Paul introduced the concept of “the spiritual body” (soma pneumatikon). We have no evidence that Paul ever worked out the precise nature of what a spiritual body might entail. What, after all, could a Platonist possibly mean by such a seeming oxymoron? This is somewhat analogous to a Marxist writing of socialist capitalism. Each literal term of this binary typically derived its meaning through opposition to the other.

The religious concept of physical resurrection—corporeal reanimation or reconstitution following death—has continually presented both challenges and opportunities to many of its proponents. To take one example from North American religion, occult sexologists during the nineteenth century and early-twentieth centuries exploited the dualism underwriting theologies of the afterlife to destabilize easy assumptions about gender and personhood. In 1875 Helena Blavatsky (a Russian immigrant) and Henry Olcott established the Theosophical Society in New York City to promote one iteration of spiritualism that was enjoying a surge of interest in the West. This movement emphasized communication between the immaterial entities believed to constitute human persons (souls or spirits) and non-human or superhuman entities such as the Buddha or other deceased mystical teachers who served as guides for the living in search of religious truth.[2]

Blavatsky’s teachings on human ontology and sex, which she expounded in Key to Theosophy and her Secret Doctrine, jettisoned the notion that an individual’s sex was inherent to a person’s constitution. Rather, sex (or gender, which she conflated with the former) was like clothing that one might wear, a superficial form from which the essential person passed from one incarnation to the next. Writing of the “Divine Hermaphrodite,” Blavatsky asserted that the divine Absolute could not be resolved into a gender. Moreover, since this absolute was the ontological basis for human beings, the true essence of any person was actually distinct from sex. As a practical goal, furthermore, theosophical wisdom enjoined every individual to strive toward emulating the transcendence of gender and sexual identity that characterized the divine absolute reality.[3]

This provocative and compelling interpretation of the transmigration of souls met with varied responses. Occult adherents frequently embraced this ontological axiom that severed gender from the essential person or soul. One self-proclaimed occultist, Charles Lazenby, insisted in 1910 that occult teachings actually accounted for what was termed a “third sex” or “intermediate sex.” He explained that during the process of reincarnation, individuals were born as a particular physical sex multiple times before shifting to the other sex for an equal number of times. The change in physical sex was sudden and abrupt. But there was more to the story than just physical sex. There was also the spiritual constitution of men and women. Since men and women were constituted differently through spiritual essences, only at the midpoint did a biological male, for instance, become fully accustomed at the spiritual level to the energetic constitution of his gender. Like a ball reaching the peak of its arc, this climax in gender fit was only briefly realized and soon gave way to an opposite drift toward the opposite sex. What sexologists observed as a misfit, thus, functioned in the eyes of Theosophists as evidence for a continuing cycle of reincarnation.

Others found Lazenby’s claims to be a menace worthy of the most severe denunciation. The Christian apologist Henry Adcock exemplified the latter. He agreed that human persons were indeed not bodies but souls in essence. He insisted, however, that souls came in two types: male and female. By claiming that immaterial souls bore the binary imprint of sex, he hoped to shore up belief that male and female identities and natures could indeed survive intact beyond death in the eternal realm of the afterlife.[4]

The contrasting paradigms of serial reincarnation and singular resurrection (a sort of one-time-only reincarnation) help to render the stakes of materiality embedded in religion. Most importantly, it becomes clear that conceptualizing the nature of matter has been fraught in part because the corporeal body—clearly an assemblage of things whose material nature is of major consequence—has seemed an unfit locus for essential personhood. Both occult sexologists and their opponents, in other words, could agree that the essence of persons was not neither constituted nor contained by matter. Logical necessity seemed to demand, rather, that the self was a spiritual entity.

In this present century, humans are engineering cognitive machines with hopes of extending life both within organic human bodies and machine bodies. Martine Rothblatt, the CEO and founder of United Therapeutics has devoted much of her recent career to developing a means of transferring human neural net to that of a machine. The project is called LifeNaut and is an experiment in machine intelligence and cyberconsciousness. If this effort succeeds, Rothblatt emphasizes, it will become possible for humans to experience life beyond the time and space of organic bodies because they will constitute the consciousness of machines dedicated to enabling a material form of their mental existence. Although the very idea might seem far-fetched, Rothblatt is no crackpot. As the highest-paid woman CEO in the United States, Rothblatt is just one of many who assert that eternal life may well become a reality enabled by the development of intelligent machines.[5]

Unlike most proponents of idea, however, Rothblatt has already created a limited version of this machine application. With the aid of her spouse Bina Aspen, Rothblatt has created a machine called Bina 48. This intelligent machine holds millions of gigabytes of data about Aspen’s memories, desires, speech patterns, writings, and numerous other data sets whose total assemblage is meant to literally reincarnate Aspen with a machine body.

It is worth asking what the neo-Platonic theologian Paul of Tarsus might have thought of these contemporary efforts. More importantly, contemporary humans will need to come to terms with the informational paradigms that current studies of matter and energy (physics) and human cognition have produced. Are we essentially an informational pattern? Is this new paradigm merely an iteration of older dualisms? Does it transcend those dualisms? And how does this informational paradigm, fashioned in the crucible of intelligent machine engineering, offer a different analytics for theorizing human ontology?

I will address that aspect of this subject in my next post. So, stay tuned…