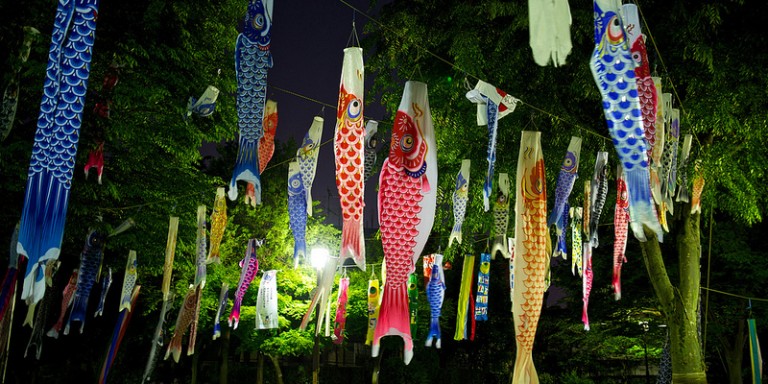 The religious studies classroom is a strange place. Whether one teaches in a public university or a private one, the subject matter demands that students set aside personal commitments in order to engage with religion both critically and respectfully.

As religious studies instructors, we challenge students not to change their beliefs, but to recognize just how complex and contingent those beliefs are. We ask them to step outside of the familiar and look at it with new eyes. We introduce students to the tools of comparison, critique, and historical analysis. We show that different interest groups will understand the same action or idea in different ways. We help them understand that religion is more than doctrine, propositional statements of belief, or liturgy. We teach them that the very word “religion” has a complicated history and that it applies to human endeavor uneasily and unevenly. We invite those of them who adopt reductive understandings of religion to recognize them as such. Can religion really just be distilled down to the economic bottom line? Is it truly just an oppressive ideology? Are religious people benighted and ignorant of what they do? We show them that everyday words like “cult” and “superstition” and “terrorism” have a politics, and we encourage them to know that politics before they wield those words. We encourage our students to pause.

In the religious studies classroom, we have a range of pedagogical tools we use to help students recognize the potential pitfalls lurking in any one of the preceding statements. We know—or at least quickly learn—how to gently guide students toward a way of speaking and thinking that is less reductive, more culturally sensitive. We encourage our students to let their ideas and interpretations be open to revision. The transferable skills we offer are metacognition, social and cultural sensitivity, and precision in writing and in speech.

We do not need Secretary of State John Kerry to be our spokesperson. Our work speaks for itself. Scholars of religion call people out when they are making thoughtless blanket statements about religious groups. We offer critical comment on the significance of what a religious leader says and does not say. We help our fellow citizens understand why Oprah or zombies or Wal-Mart reflect really interesting things about religion.

So what happens with the true believers, those people who come to our classes with deeply held, unshakeable religious conviction? For many of us, the tools we use with these students are not really any different from those we use with students who are ardent secularists, die-hard atheists, noncommittal, or “spiritual but not religious.” It is our job to help all of these constituencies recognize just how arbitrary and contingent their commitments are. We have a duty to show these students that their ideas about religion have a social situation and a historical backdrop. The meditation practices championed by the student sporting the om tattoo come from a place that might be reasonably called “religious,” even if she would resist that adjective, and some of the claims of the new atheist devotee may be more closely related to theological commitments than he might like to admit.

The student who speaks as if everyone in the room is intimately familiar with Baptist doctrine often needs to be reminded that his classmate who burned paper cash for her ancestors last week probably has no idea what he is talking about. The student who bought an amulet to ensure her academic success this semester may not mentally sort her activity as “religious” and may be perplexed as to why other people insist on categorizing it as such. The student who claims to be a Jedi Knight may be poking fun at organized, history-based religions, but our classes can show that his religiosity is real even if its origin is fictional.

We do not tell our students what to believe, nor do we tell them not to believe, nor do we deny the importance of their familial traditions or personal convictions. But we help them see that it does not have to be this way or that. We encourage them to move beyond the obfuscatory personal example, and to speak about religion as a social construction or an anthropological conceit or a legal category bearing geopolitical effects. We help them see that “religion” is historically bound and culturally contingent. Together, we acknowledge that there are lots of different ways that people interact with non-obvious beings and empirically unverifiable realities. We show that ideas like karma, sin, heaven, a chosen people, and rebirth are all articles of faith and figments of the irrepressibly fecund religious imagination. We train them to not assume that everyone operates within the same imaginaries.

There is a striking similarity, I’ve found, to teaching the true believers (in the religious sense) and teaching the students in my classes who are true devotees of manga, anime, and J-pop. These students come to my Japanese Popular Culture course with a set of preconceived notions about Japan. They come with a sense of canon, with a set of ritual practices, and with an assumption that I, the professor, will preach the true dharma of the otaku (geek). They are not infrequently disappointed with my insistence on standing outside the world of a film or comic. Many of them come to my class expecting to get academic credit for luxuriating in that world. Students who are die-hard fans assume that others have the same familiarity with manga and anime that they do. They speak fervently about Neon Genesis Evangelion in the same way that students in my religion classes might talk about scripture. Their canon includes Naruto, One Piece, and Full Metal Alchemist. They talk with me as if I spend every waking minute of my free time devouring anime series on Crunchyroll.

Frankly, I am often lost when they wax poetic about their favorite series. I did not grow up, as they did, watching Japanese anime on television or reading manga in translation. (Those things were lacking in my 1980s childhood, but my own Orientalist vice was a penchant for cringeworthy ninja films like Enter the Ninja and Revenge of the Ninja.) While I am technically an expert on manga and anime (as much as expertise can be marked by the curious measure of having written a book and a few articles on a subject), some of my students are steeped in these mediums as insiders. They go to conventions in costume. They sport patches on their bags that indicate to those in the know that they are aspiring members of the Survey Corps featured in Attack on Titan. They are members of the campus anime club. They pump me for information about “what it is really like” in contemporary Tokyo and they envision future pilgrimages to this mecca of Japanese cool. Their attraction to Japan is very real, but the Japan they so fervently imagine is a chimera.

I can do the best teaching for these students when I help them recognize that their particular interpretation of a manga or anime series is not the only way to understand it. I help them most when I show that their familiarity does not equal expertise and may actually obstruct their understanding.

For those who prefer to think about anime through the framework of auteur theory, I point them to the problem of audience reception or I show that directors actually rely on an army of collaborators to bring their stories to fruition. For those who think fans have the final say in the meaning of a work, I show them how the visual composition of a page of manga or the focus of a camera structure a story and guide the eye. I show them how academic commentary sometimes rejects the interpretations of fans and directors alike, preferring to situate a work in light of its historical moment or its sociological context. I show them how the struggles of this or that protagonist are not unique to Japan or to our particular historical moment, but are actually a trope that gets repeated again and again in youth fiction worldwide. (Orphan heroes have an extended family that spans the globe; superpowers are extraordinarily common.) I show them how a particular setting or narrative arc is almost certainly a reaction to contemporary anxieties in Japan about natural or artificial disasters, a declining birthrate, or Japan’s waning geopolitical influence. In other words, I do exactly what I would do in my religious studies classes with the student who assumes that priests or practitioners know what is “really going on” when we talk about religion. I invite the student with insider knowledge to not let her prior exposure to the medium serve as a substitute for sustained, rigorous engagement with the claims of its authors or audiences.

The “true believer” enjoys an advantage over other students because she is intimately familiar with the source material. However, her familiarity is also a liability because it can interfere with her critical thinking. My job is to have her step outside of herself, to see the category of the otaku (geek) not only as an identity that she might adopt or reject, but also as a product of capitalist norms or the heteronormative pathologization of sexualities that are not inherently procreative. To see that the talking head celebrities on Japanese television variety shows model ideal behavior for the viewing audience, foreclosing the possibility of multifaceted interpretation and ensuring that a foreordained narrative gets transmitted. To see that the Japanese pop music industry is designed to funnel consumers’ money to corporate pimps who sell the desirable, expendable bodies of young men and women to the overproduced sound of the same three or four chords and minor variations on tired auto-tuned melodies recorded in bright major keys. To see that these music industry bigwigs have recently ditched the transitory commodity of the aging human body in favor of the ageless, perennially desirable vocaloid Hatsune Miku: the singing, dancing idol who lacks a body or a voice.

I am not always successful, but at the very least I help my students see that manga, anime, J-pop, films, and television are—like religion—complicated products of human endeavor with ambiguous messages that are interpreted by multiple audiences in all sorts of contradictory ways. I teach them to be suspicious of truth claims about culture and identity. I teach them that every word in my course title—“Japanese” “Popular” “Culture”—is misleading.

I do not know whether my students’ evident love of Japanese pop culture is strengthened or shaken by taking my course. But I do know that I would not be doing my job were they not invited to recognize that insider status does not equal expertise.

Jolyon Baraka Thomas is an Assistant Professor of East Asian Languages and Civilizations at the University of Pennsylvania, where he teaches courses on Japanese religion, pop culture, and history. His research covers topics such as the politics of religious freedom, religion and media, and relationships between religion, sex, and gender. Jolyon is also Editor of Asian Traditions at the Marginalia Review of Books. He can be followed @jolyonbt.