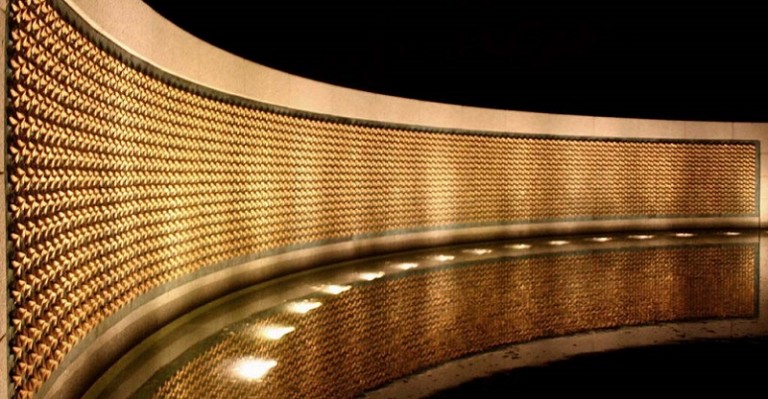 Moral injury is a wrenching condition that has paralyzed a number of returning veterans, spurring the U.S. Army to look for a path that will complete the journey home for affected soldiers. While battle wounds account for the most visible effect of war, moral injury claims its share of victims as well.

Take the case of Col. Theodore S. Westhusing, a noted soldier who reportedly killed himself as he struggled to deal with perceived corruption during the Iraqi war. Dead at 44, Westhusing was a professor at West Point who had earned a doctorate at Emory University in Philosophy. He was a man known for his adherence to West Point’s strict code of honor. In his suicide note, Westhusing made it clear that a clash between his moral code and his surroundings was causing him intense anguish.

Moral injury has several definitions; I prefer one of the simplest: It is the condition that results when someone sees or experiences an action that they cannot square with their personal standards.

Moral injury has been around for a long time, as author Edward Tick and others attest, but it is not limited to returning warriors.

For a moment, let’s consider looking at alcoholism through the lens of moral injury. If we look at Alcoholics Anonymous (AA), the largest self-help group for chronic drinkers, we can see an approach that seems designed to deal with a type of moral injury, one caused not by war but by one’s own actions while gripped by addiction.

AA doesn’t use the term ‘moral injury,’ but it does speak of relieving members of guilt and shame born from their drunkenness. At AA meetings, one of the most-read passages from AA’s seminal text, Alcoholics Anonymous, details the emotional relief that working its Twelve Step program can bring.  Called the “Promises,” the list outlines a series of changes that will come, including one that says that those who practice the Twelve Steps “are going to know a new freedom and a new happiness. We will not regret the past nor wish to shut the door on it.”

The Twelve Steps outline a process that includes acknowledgement of wrongdoing, repair of the wrongdoing, and adherence to a course of action designed to deal with future wrongdoing as it occurs. Researchers have noted the close resemblance to the Christian dynamic of confession, repentance and reconciliation.

So have the courts.

AA has been viewed as a religious organization in several court cases where the common practice of sending drunken drivers to AA meetings has been challenged. AA’s penchant for using the Lord’s Prayer, plus the frequent references to God in the Twelve Steps and other literature, have led both state and federal courts to ban the practice, a ban that is widely ignored in drunken driving sentences today in part because twelve-step programs are regarded as an effective approach to dealing with a societal scourge.

Among the various approaches to dealing with alcoholism, AA does have a solid track record, according to a landmark study begun in 1989. Project MATCH, an 8-year, $27-million investigation that examined which types of alcoholics responded best to which types of treatment, found that Twelve-Step facilitation, based on the AA program, was an effective approach to dealing with alcohol abuse when compared to other approaches. In short, AA’s Twelve Steps work in alleviating the guilt and shame that often accompanies alcoholism.

AA’s Twelve Steps have been copied and modified by a number of other groups fighting addictions including Narcotics Anonymous, Overeaters Anonymous and Gamblers Anonymous. If addiction is either the result of—or leads to—a type of moral injury, and the Twelve Steps provide a blueprint to deal with that moral injury, then is it possible that the AA program might also have insights into dealing with the types of moral injury suffered by returning vets?

At her Soul Repair Center at Brite Divinity School in Fort Worth, TX, researcher Rev. Dr. Rita Nakashima Brock established a modified Twelve-Step program for veterans to use to discuss their wartime experiences and issues. The program emphasizes a confidential setting, an emphasis on taking a moral inventory, making amends and then living a renewed life. In short, she has already begun to implement a Twelve-Step approach in dealing with moral injury. A facilitator said the limited program showed “great promise.”

There are a few caveats to keep in mind, though. For one, no panacea has been found to effectively curb alcoholism across the board. While AA’s Twelve Steps has been effective in many cases, only a fraction of those who come through its doors remain with the program. For another, since the Twelve Steps reflect a Christian mindset, AA’s initial image can be off-putting for atheists and agnostics, though research does show that both groups can thrive in AA if they can focus on elements of the program that they see as useful. Consequently, there’s no telling how effective a similar program might be for returning vets, although it might be safe to assume that anyone suffering from a moral injury may be open to a moral solution.

Further, AA’s program is full of references to spirituality as a core concept, even though AA doesn’t define what it means by this term. For religious scholars, the lack of a firm definition makes it difficult to determine precisely how the Twelve Steps function—or how they might function for returning veterans. Some AA researchers rely simply on the personal definitions of each member, avoiding any effort to reach a consensus on the meaning of spirituality. While that moves the research along, it makes it nearly impossible to reach any precise conclusions about the concept’s use in dealing with moral injury or even in dealing with sobriety in general.

And yet, as noted alcoholism researcher John F. Kelly has written:

Effects from chronic, heavy, alcohol use often generate increasingly regrettable deviations from an individual’s personal values. Repeated over and over this ‘Jekyll and Hyde’ scenario can lead to a sense of profound moral failing and self-loathing. … For many, the sense of ‘redemption,’ historically and implicitly embedded within AA philosophy (AA, 1939, Oxford Group, 1933) may provide a compassionate framework for self-forgiveness.

Even in an increasingly secular society, “a sense of profound moral failing” is a malaise that cannot be cured by technology, therapy or drugs, but an overlapping layer of sacred principals seems to show promise. In this case, a solution based on sacred understandings—one created more than 80 years ago—may be able to be recast to deal with a newer pressing moral issue.

Anyone for a “compassionate framework for self-forgiveness?”

Ed Van Herik received his MA in Religious Studies in January 2016 from Georgia State University. This article is based on his thesis, “Moral Injury on the Home Front: Can a New Approach Provide Fresh Insight into Spirituality and Alcoholism?” In Fall 2016, Ed will begin work on a PhD in Communications at Georgia State, concentrating on religious messaging in the public arena. In between, he is working as a consultant with a faith-based public relations agency.