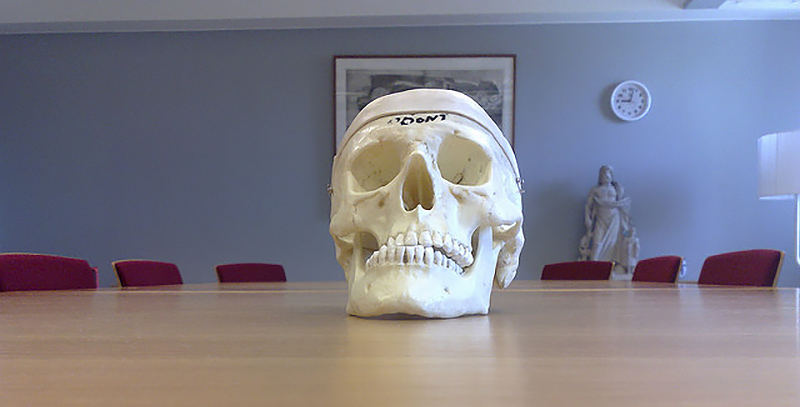 Memento Mori. Remember, you will die. Not a pleasant thought, yet one that has universal application because it is an unavoidable truth. The vanity of life, the nature of impermanence, the transient quality of existence. You get the point. These are only a few of the sentiments associated with recognizing one’s mortality. We in the west might be more familiar with the visual signs and symbols bringing death to mind in European Christian art: an hourglass, a skull, or perhaps the appearance of the Grim Reaper himself. And make no mistake, many religions around the world and through time understand how reflections on death bring life to spirituality, moral order, and ultimate meanings.

In America, what spurs our reflections on death, and helps us recognize the reality of one’s own death? How does today compare with the past? I’ve written a couple of books on the history of death in America, particularly focusing on the nineteenth and twentieth centuries, and have been wondering more and more about what has changed, and what remains the same. Before the Civil War Americans were quite intimate with the realities of death. Mortality rates were dramatically different than today—likely impossible for us to even imagine. Not only higher infant mortality rates, shorter life spans, greater impact from diseases and infections, and so on, but community and family structures ensured that the death of relations and neighbors was a familiar dimension of everyday life. Death and the dead were part of the American landscape, common features in private letters, public discourse, and the popular imagination.

After the Civil War, the death scene changes—is indeed, radically transformed. The birth of funeral homes and modern hospitals help to take death, or some aspects of death, out of sight and out of the hands of family members and relations. Advances in medicine and public health are part and parcel of a modern attitude that emerges that is tied, in large part, to the rise of science and the decline of theology as key touchstones during the transition from dying to dead, and in answering the question about what to do with the corpse. Mortality rates improve, people begin to live longer, and the nuclear family replaces the larger and more communal ties of extended family. In most of the country, the intimacy with death that existed before the Civil War was long gone by the early decades of the twentieth century.

It’s in the middle decades of the twentieth century that many social scientists and social commentaries begin to argue that Americans “deny” the reality of death, and that the topic is “taboo” in public settings—conditions that were ripe for an array of specialists and experts to talk endlessly about and study death. Contributing to these unhealthy cultural attitudes, these critics claim, are the very institutions that gained supreme authority over death and dying at the turn of the century. In the hospital death is a defeat, a failure on the part of the doctors who could not “save” the patient from the worst fate imaginable for Americans who dream of staying forever young. In the funeral home, the practice of embalming and presenting the corpse is the main culprit that so clearly and categorically hides the reality of death from loved ones, according to the critics.

Whether or not you buy these assertions about American culture in the twentieth century, it is hard to deny that the experience of death—its frequency in everyday life and the impact of losing and then burying a loved one—is quite different than before the Civil War. Many Americans growing up in the middle of the twentieth century struggled with the death of a pet or the death of a grandparent, significant moments in the life of an individual for sure that pack a punch and make a mark. Over the second half of the twentieth century and especially with the baby boomers born in the 1950s and 60s, things changed, dramatically, in terms of mortality rates, consumer empowerment, religious identities and identifications, celebrity culture, social media, and so on.

So what are the signs and symbols for aging baby boomers that bring death to mind? When and how are we called upon to remember the reality of our own mortality? There’s only one way to answer these questions: with a top five list, of course.

5. No escape from health care culture: Let’s say straight up that these promptings are not coming from the dominant religion in the country, Christianity, which is too concerned with politics, prosperity, and power to delve into the deeper, more profound questions about mortality. Instead, the dominant force shaping the encounter with death is health care culture. End of life care and other issues are integrally bound up with medical science whether you are looking to extend life or extinguish it on one’s own terms. There is nothing to get you thinking realistically about your own death like imagining the fate of many Americans who die enmeshed in and at the mercy of hospital conglomerates, pharmaceutical companies, and health care professionals.

4. Older parents, dying: Most of us are now witnessing or have recently witnessed the death of our parents. Of course that is nothing unusual. Parents have died throughout history. But over the course of the second half of the twentieth and into the early years of the twenty-first century, longevity has improved, and parents have generally been living longer. So for many baby boomers, the profoundly personal and powerful experience of watching parents die is now occurring in middle and later middle age. In many ways, the boomers have not been adequately prepared for this passage, and now whether it is tragically or peacefully finished, the loss of a parent is a mortality wake up call.

3. Thank God for death experts: Fortunately a bubbling consumer industry is helping us all prepare and plan for death. Books, magazine articles, ads, social media—just about everywhere you look these days you will find so called experts who have the know-how, skills, and training to make your reflections on mortality more informed and practical. Do-it-yourself funerals? There are professionals to help with that. Planning a living will or for a more humane way to deal the hospice care? Guidebooks and scholarly monographs are abundant for purchase to consumers who want to know about death. As much as we think reflecting on death is a solitary endeavor, this efflorescence of publishing and practical guides suggests a more collectively directed activity is going on.

2. That’s Entertainment: Popular cultures teach us stories about death—what it means, how to cope, why it happens, even where the spirit goes. I’m not sure there’s a more potent and pervasive source for reminding Americans of mortal matters than entertainment. The lists are too easy to compile: from the death of Bambi’s mother to Johnny Depp’s film Transcendence; from Pink Floyd’s “Time” to Bone Thugs-n-Harmony,’s “Tha Crossroads”; from Edith Bunker’s death in All in the Family to Hank Schrader’s death in Breaking Bad, popular cultures are saturated with reminders of death, even though the moral messages and social meanings conveyed in this arena are quite varied.

1. More celebrity deaths on the way: The top spot for influencing our own sense of mortality are the real-life deaths of celebrities. The recent deaths of David Bowie and Glenn Frey, and the more distant ones like Robin Williams, or Tupac, or Princess Diana, all point to one clear trend: celebrity deaths make a huge impact on fans and fan cultures, and their increasing frequency (and let’s face it, the number of celebrities has skyrocketed over the last 50 years) will only enhance the vitality of fame in American culture. It seems to me it is the death of celebrities that is bringing back a certain kind of intimacy with death that makes it familiar, and this in turn spurs on Americans not only to feel the sting of death, but also reflect on it with more vigor and, dare I say, sacred creativity.