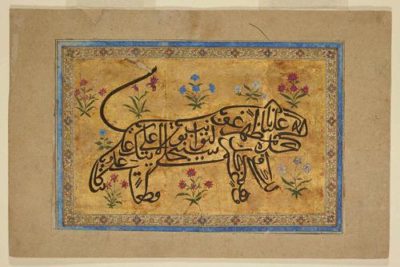 The COVID-19 pandemic has not only been a test of our resilience, but also of our social fabric. We are seeing people come together in all kinds of ways. Establishments are reserving times exclusively for senior citizens in an effort to decrease their risk to the virus; religious communities are venturing into online spaces to provide pastoral care to their members; and many individuals are volunteering service, from conducting classes to running errands, to relieve the burden on others.

At the same time, we are also observing people with means escape from the cities to take refuge in rural towns and resorts. There have been numerous instances of hoarding, perhaps out of fear, that have severely limited the availability of essential items for those who rely on weekly paychecks for purchases. Some people are even engaging in price gouging, trying to unduly profit from this crisis.

Muslim ethics, however, guide us to build caring communities. A caring community does not leave the labor of care to the few; instead, it shares this labor. It does not hoard resources in times of stress, but goes out of its way to extend them to the collective.

Indeed, Prophet Muhammad (salla allahu alayhi wa aalehi wa sallam) has said, “By Him in whose hand is my soul, a servant (of Allah) does not believe (truly) until he likes for his brother what he likes for himself.”[i] It is clear from this hadith that faith – iman – is entangled with the concern, care, and love for others. As the Quran guides us in Surah al-Ma’idah, ayah 52, “And whoever saves one (life) – it is as if he had saved mankind entirely.”

Our focus at this time, then, should not solely be on self-preservation but should include the preservation of the collective. In fact, this crisis provides us with an opportunity, a moment to reflect on the state of our communities and ask: How is this crisis changing Muslim communities? What kinds of gaps in systems and structures has the crisis made visible? What ruptures are emerging? How will we heal and repair? What new systems can we erect to enable us to endure such a crisis in the future?

COVID-19 has exposed many of our vulnerabilities. In Chicago, for instance, 70% of those who died from the virus are black although they make up only 29% of the population. This begs the question: what might have made it difficult for these people to practice social distancing? What kind of access to healthcare, livelihoods, social supports and housing did they have, or most likely not have? Could we have prevented this? In contemplating this situation, our analysis needs to shift from blaming individuals for their behaviors during a crisis to evaluating structures and systems that make certain behaviors (self-isolation, for instance) possible, or not.

Indeed, service industries such as restaurants, care work, and retail are staffed by racial minorities that do not have the privilege to stay at home. Likewise, workers in the gig economy, also often racial minorities, do not have employer-provided insurance or paid sick days to rely on; they depend on piecemeal, daily wages. It is then not surprising that in New York, for instance, working class neighborhoods are the ones that are some of the hardest hit during this crisis.

Inshallah, this crisis will be over soon. Unfortunately, not without leaving damage in its wake. As it is, according to a 2017 Pew Research Center Survey of Muslims, 40% of Muslims in the US report household incomes under $30,000, compared to 32% of the U.S. population as a whole. In the aftermath of COVID-19, we may be dealing with a much larger segment of the Muslim population that becomes economically precarious. There is already concern that black Muslims are disproportionately impacted by the virus given the intersection of race and class. Rates of domestic violence, child abuse, and elderly abuse have increased as well.

In a recent message the leader of Shia Ismaili Muslims, His Highness the Aga Khan, called on his followers to “prepare to build, and to build well, when this crisis passes.”

‘Building well’ would mean that we ensure that we do not simply revert back to our prior lives. That we use this opportunity to critically reflect on how materialism, privatization, and greed has created precarity for so many. It would be mean that we thoughtfully create new systems and structures that provide a wider span of support.

We can turn to the guidance of the first Shi’a Imam, Ali ibn Abi-Talib (alayhi salam) who instructed his governor of Egypt as follows:

“[pay particular attention to] the lowest class, those who have no wherewithal, the destitute, the needy, the afflicted, the disabled… Assign to them a portion from your public treasury… Treat these people in a manner such that God may excuse you on the day you meet Him, for they are more in need of justice from you than any others among your subjects.”[ii]

Shi’a Islam has always been attentive to social justice, especially as it relates to those who find themselves on the margins of society. Here, Imam Ali alludes to both interpersonal forms of care as well as care through systems (the treasury, the state) to ensure that the support provided is sustainable, and that it reaches the highest number of people.

As we set out to rebuild our communities, let us not be afraid of the enormity of the task. Instead, let us take this opportunity with full fervor to build caring communities anew.

Shenila Khoja-Moolji is a scholar of gender studies at Bowdoin College. Her work examines the interplay of gender, Islam, and power in transnational contexts.

[i] Al-Bukhari (13), Muslim (45), narrated from Anas as cited in Fordham university sourcebook