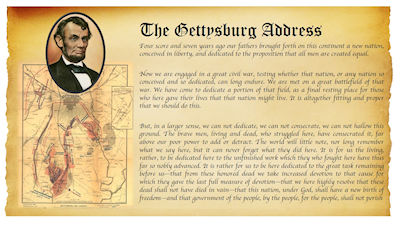 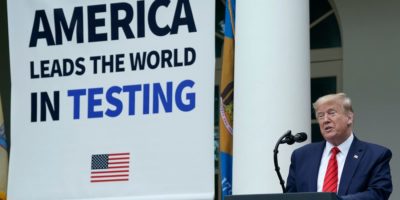 Memorial Day 2020 is almost upon us, a time reserved for collectively remembering the war dead, in theory. As America closes in on 100,000 deaths in only a few months from this virus, more and more people are wondering what meaning these deaths have for the nation and why our country has not engaged in any collective mourning rituals. How will we remember them? Is this carnage similar to war? A natural disaster? A tragic accident that kills scores of people?

In a recent and eloquently written Washington Post opinion piece, Professor Micki McElya starts by echoing the words of the recently impeached president who tried to frame the pandemic as a “war” with an “invisible enemy” and Americans cast as “warriors.” In this script, the dead might be understood as sacrificial heroes in the battle against the virus enemy. If this were the case, then perhaps collective rituals for the dead would be called for, and as is often the case in US history, would be seen as enriching the spirit and soul of the country. People dying for a noble cause in times of war is a deep-rooted, powerful, and highly motivating narrative in human history, and so at first glance might seem to be appropriate in these circumstances.

The administration and the GOP quickly dropped this line of approach as the virus spread with no end in sight and more and more demographic information came to light about where the dead lived, what economic bracket they were in, the color of their skin, their age, and so on. The “war” storyline, which might have been an effective and meaningful strategy in the hands of a capable leader trying to unite Americans, was soon replaced by the “save the economy” storyline. The spirit and soul of the country resides in the markets, not in defending the country from enemies. In this story too, sacrifices must be made so that the nation may live, we hear from voices in the GOP.

In fact, as we have heard from members of the GOP, not all lives are worth saving, even though all fetuses are sacred. The pandemic is an inconvenient reality but the dead still have an economic purpose, though not as glamorously imagined as in the scenario of collectively mourning the martyred warriors who perished in the fight so that the nation might live.

But no, “sacrifice” is not coming to mind as I imagine and feel the enormous loss of life taking place right now. Sacrifice probably has something to do with the sacred, right? What sacred meanings do these dead have for us as a nation? Are there any we share, right now, that can provide us any kind of common, bonding experiences in the face of such mass death and an uncertain future?
Let’s face it, making meaning of death is tough in non-pandemic times. But right now, with an inept, unfit, and morally vacuous “President” and utterly incompetent and inexperienced leaders within the administration and spread out throughout this potentially great land of ours, the meaning of death in pandemic times is unsettled, contested, disturbing, and up for grabs. How do those on the political right understand and care about these dead? Do those on the political left agree on the meaning of all this death? We like to think that mass death leads to shared values and feelings that unite a grieving nation, but even that narrative has cracks. Think about the Civil War, a familiar touchstone in these deadly times, and the differences in the meanings and afterlives of the Union dead and the Confederate dead.
Our politics shape how we respond and react to these deaths. What about religion? Clearly, the point of religion is to make sense of death, and right now American Hindus, Jews, Buddhists, Christians, Muslims, and so on are drawing on and reshaping traditions to live with pandemic death in communities across the country, most acting responsibly and congregating remotely to stave off further contagion. But none of these, not even the “Judeo-Christians,” are forging a meaningful collective framework within which to contemplate and grieve these dead. Is there no national congregation, no civil religious complex of rites of mourning and national symbols inspiring the body politic to come together?
We do, however, also have the typical kinds of religious behaviors and beliefs (primarily, in fact, Christian-based in US history) that sadly already circulate and hold sway for some in non-pandemic times, only to be accentuated and amplified by fear and ignorance in the crisis: demonization of others, defiance and hatred instead of compassion and caring, threats of violence against enemies, and absolute assurance of God’s will. No great political leaders are stepping up in this moment, and religion seems to be falling short in providing for powerfully evocative, harmonizing national meanings.
What about science? We are certainly in a moment when one would think public health and medical science would be pushed to the forefront of public understanding of the virus in all of its realities, including the reality of death. Like religion, at its heart medicine is motivated by the reality of death, and so that longstanding intimacy with human mortality would be a valued and promoted base of knowledge to makes sense of death in these times, you would think. But not here in America, not now for so many political leaders in charge. Are doctors, nurses, and other hospital workers heroes? Essential workers? Taken for granted?
It was only a matter of time, but at least for now the administration is silencing voices in medicine and public health even more; and the will of the American public, or at least those protesters defying scientific guidelines and getting massive amounts of media coverage, is drowning out the knowledge of medical and public health experts. Open the economy. I need a haircut. Where’s the bar? For many (most?) Americans, making sense of all these deaths has nothing to do with medical statistics, demographic patterns, healthcare testimonials, or science in general. Many Americans just want to get back to normal, and keeping the tragic deaths of tens of thousands of their fellow Americans at bay is quite normal for too many. 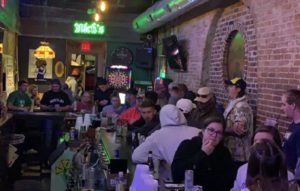 Sadly, it seems that American responses to close to 100,000 deaths point to at least one conclusion: we are not united. The national body politic is dead, another corpse that, perhaps in this case, doesn’t deserve a public ceremony but instead is rotting publicly before our very eyes. Collective grieving and shared existential struggles with the meaning of all this death is taking place locally, I think, within the home and now more than ever across multiple social media communities and platforms. There is no center, no consensual meanings holding it–us–all together. This may change in the near or longer-term future, if and when thoughtful, humane, and intelligent leaders come to the fore. Perhaps the body politic can be resurrected?
One thing is for sure: no matter what, these pandemic dead will haunt the national landscape for years (decades?) to come. Their collective meaning for the future of the nation is obscure and fractured now, but in time the dead will clarify what we are failing to collectively recognize in the current mess we are in.
Gary Laderman teaches at Emory University, is the author of the forthcoming book, Don’t Think About Death: A Memoir on Mortality, and working on a new project focused on drugs and religion.
By Gary Laderman
Contributed Article-For Homepage, Contributed Articles, Featured Article-For Homepage, Featured Articles, Holy Archives, Left of Sacred, Uncategorized Tags: American historyAmerican religioncivil religioncovid-19death and dyingmass deathpandemicpoliticspublic mourningritualsacrificewar