Introducing Don’t Think About Death: A Memoir on Mortality 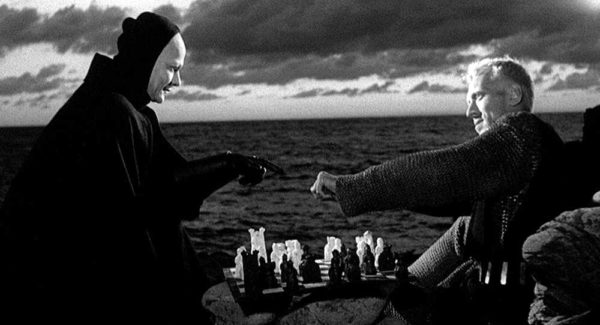 This is the brief “Introduction” to my new book. I give myself permission to publish myself.

Books by experts on death are being published left and right. Doctors write on the topic frequently, funeral directors, too. The public eats up these books, because so many Americans can’t stop thinking about death and want to learn about it, reflect on it, and understand how to live with it better. Death specialists, like funeral directors, and minor social media celebrities in their own right, Caitlin Doughty and Caleb Wilde, are two recent examples of successful literary undertakers; on the medical side, there are many examples, such as Atul Gawande’s brilliant Being Mortal, or palliative care doctor, BJ Miller’s playful and wise co-authored book (with Shoshana Berger), A Beginner’s Guide to the End.

Who counts as an expert on mortal matters, and what counts as evidence for this crucial cultural authority, varies from society to society through human history. In ancient Egypt, the funerary priests had intimate expert knowledge of the dead, in the tombs and beyond them. Stories about certain deities in the Greco-Roman worlds, such as Charon or Thanatos, taught humans valuable lessons surrounding the details of death. Many indigenous cultures around the world include shamans, “masters in the arts of ecstasy” according to some, who can visit the worlds of the dead and return with important wisdom for the living community about death, and life. With monotheism, of course, there is only one true master of death, the one and only true God, and only He knows the truth of its meaning, purpose, and outcome. The Expert of experts. The separate and intertwined stories of Judaism, Christianity, and Islam, and all their various offshoots, is in part the story of how followers and founders have understood and interpreted His designs on human death.

In more modern times, two very different types of cultural authorities with their own intimate knowledge of death emerged and dramatically transformed the human experience with death: doctors and funeral directors. At first glance these historically male-dominated professions might seem obviously secular, and “different” in the sense of not being rooted in religious cosmologies. But even their revealed mysteries and authoritative proclamations derived from a peculiar familiarity with dead bodies are grounded in sacred assumptions, values, and rituals that teach the rest of us about the reality of death.

I have written a book on death from a different angle of expertise. This book tackles the subject through the lens of my life as a professor in the humanities, which has been unusually focused on death. As someone who has written two books and multiple essays and articles on the history of death in America, teaches courses on death and dying regularly, is frequently contacted by journalists and media outlets covering the subject, and has given public talks and interviews over the years, I have acquired my own fairly intimate, though definitely academic, knowledge of the topic in history and cultures. But now as an older man who is increasingly and frequently experiencing the reality of death in my personal life, the limits, and value, of that knowledge are becoming remarkably clear.

This book presents an unconventional take on how we live with death — or try to live with it at least. It is spurred, in part, by a recurring question that students and others ask me all the time: “Why do you think so much about death?” An inordinate amount of attention to mortality is obvious in some professions. We know why doctors write about it; it is obvious why funeral directors do too; even poets are supposed to write and think about death (the unique poet-funeral director Thomas Lynch does both, beautifully). But a humanities professor who is free to play in the fields of the liberal arts and plants his scholarly flag on death and dead bodies does seem to be a bit out of the ordinary, I admit.

The title refers to my earliest memory of death, after my grandfather had a heart attack and died in our bathtub when I was a young boy, and our rabbi discussed the meaning of death with me in the backyard. He told me not to think about death, and that life was for the living. The irony of course is that that religious counsel set me on a life course obsessing about death. The other irony I am hoping to capture with the title, and which is an important theme in the book, plays off the assumption that ours is a culture that denies death, or that it is still something of a “taboo” subject. My point is the opposite: Americans can’t stop thinking about death.

Or maybe it’s just me.

This book attempts to explain why I study death and to recall how I got to, and stuck with, the topic. It is divided in two. Part one consists of stories about death in my life, and how I veered into an academic career focusing on the cultural and historical analysis of death. It is personal, and short — not the whole story of my life, but focused laser-like on mortality as the primary thread in my development and aging. Part two consists of some of my published writings on death, both in academic, formal scholarly terms with peer-reviewed, but fun, journal articles, and as a public scholar with fun, but also serious, online essays. I don’t think this kind of side by side display — personal stories and intellectual product— has ever been tried, but I could be wrong. The idea of this juxtaposition struck me as novel yet also potentially illuminating, and as a public scholar who thinks about ways to confound or transgress the boundaries between academic life and various publics, it is worth a try. The two parts together will, I hope, provide readers with food for thought about death in my life, and in your own.

*The book was finished in winter, 2019, before the world changed. I wrote and added the Afterword, “Thinking About Death in Pandemic Times,” in summer, 2020.