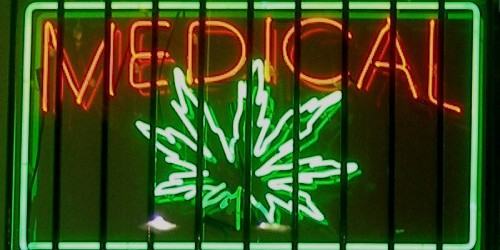 Since the 1960s many in America’s alternative religious communities have embraced the use of marijuana and other mind-altering substances in their religious rituals. By hearkening back to Native American rites, these religious practitioners can point to a long tradition of American spirituality that had its religious experiences enhanced by intoxicants. With very few exceptions, federal law is reluctant to let these groups possess what are considered under American law “controlled substances.” Thus their religious practices are criminalized like all other uses of cannabis.

Among the more flamboyant groups trying to change this situation are the various “cannabis churches,” which have attempted to sue the federal government for infringement of their religious rights. But until these churches gain a very large following (stranger things have happened in American religious history), they will continue to be ignored in both the courts and the public square.

One can find marijuana use among the practices of America’s varied religious landscape, but that use has, until now, been the concern of those on the religious margins. Though a large percentage of Americans have tried marijuana, and a considerable part of the population uses it regularly, weed is not being inhaled or ingested regularly in churches, mosques, and synagogues (unless it’s by the kids in church basements).

Up until now, other than blanket condemnations of “drug use,” clergy has had little to say about religion and drugs, but with the advent of medical marijuana regulation (at least on the state level) this is now changing. Mainstream religious leaders have been weighing in on the pros and cons of the legalization of medical marijuana, and in the Jewish case these opinions reflect a deep level of engagement on the part of many rabbis and other scholars with questions of Jewish law, health, and spiritual practice.

One factor that makes American Jewish engagement with the question somewhat more complex than in other American religious traditions is that Israel has been a pioneer in medical marijuana research, production, and legislation for the past few decades. American Jewish identification with Israel, especially among those Jews who are religiously engaged (whatever their denominational affiliation), means that they will likely be attuned to conversations going on in Israel, and the conversation about Jewish legal and ethical attitudes towards marijuana has been going on for a while. Now some American Jews are joining that discussion.

The Israeli situation is in some ways similar to that of the US in that marijuana is illegal in both countries. But in Israel, it is the national government rather than the local authorities, who, at the urging of physicians and researchers, decided to tackle the medical marijuana issue. And for a government that legislates through such a famously contentious parliamentary system, they have done remarkably well on this issue. The authorities have enabled the establishment and success of a marijuana farm and research center called Tikkun Olam, a traditional Hebrew phrase that refers to attempts to “repair the world.” Located near the northern city of Safed, the farm addresses a large percentage of the marijuana needs of over eleven thousand patients who have received marijuana prescriptions from doctors approved by the Ministry of Health. While the number of these approved doctors was restricted until recently, the government announced this past summer that their number would double by the end of 2013. In the meanwhile Tikkun Olam has opened a dispensary and information center in Tel Aviv.

In contrast, the United States government, long burdened with a “reefer madness” view of marijuana, has left to the states to grapple with the issue. And grapple they have. In the past few years, nineteen states and the District of Columbia have passed laws allowing the medical use of marijuana. The laws differ from state to state, and at present doctors, patients, and providers of medical cannabis are trying to make their local systems efficient, profitable, and one would hope, compassionate towards patients in need of cannabis’s therapeutic qualities – including the relief of many forms of chronic pain. Other medical conditions alleviated by carefully administered doses of the drug are reduced appetite, nausea, and anxiety.

Among the intertwined and complex factors in considering the medical use of marijuana are the important variables of the attitude and actions of the US federal government for marijuana is still an illegal drug under federal law. The Obama administration, unlike its Republican predecessor, has signaled that it will give local authorities the opportunity to set up systems of distribution and not prosecute legitimate medical dispensaries. Attorney General Holder has made this policy shift quite explicit. But what will happen in the next administration is anybody’s guess.

When American Jews are among the health practitioners, patients, and suppliers considering the medical marijuana issue, they have both Israeli and American ideas and concerns to mull over. There are the practical concerns like the success of Tikkun Olam and the physician certification system, and there is the religious question: what is the Jewish attitude toward the healing potential of an intoxicant?

Here Rabbinic teachings about the healing arts come into play. As expressed by Nachmanides (Rabbi Moses Ben Nachman of thirteenth-century Spain ) and later codified in Jewish law, this teaching sees the practice of medicine as the fulfillment of a positive “mitzvah,” a commandment to save lives. Later authorities extended this concept to the alleviation of pain and in the twentieth century, one notable Orthodox authority ruled that Jewish law

“permits the administration of heavy doses of morphine as a palliative for severe pain. The relief of pain, he notes, is in and of itself a legitimate medical objective, a goal that can justify the use of controlled substances in dosages that might carry the risk of life-shortening consequences, provided that the goal of treatment is not to shorten the patient’s life but to alleviate his or her suffering.”

Basing their ruling on these precedents some Israeli rabbis have endorsed medical marijuana use. American Jewish observers have taken notice and hope that these rulings will influence their co-religionists as well as Americans of other faiths.

Among those American Jews is Daniel Kosmal of Berkeley, California. Kosmal is a business partner in Doc Greens, a producer of cannabis lotions and oils. He recently visited Israel’s Tikkun Olam farm and hopes to enter into a partnership with them. Addressing differences between Israeli and American attitudes toward marijuana use, Kosmal noted that in Israel

“The doctors there don’t have any history of stigma. They see something that helps their patients and they want to go forward with it. The whole community is looking at it with honest and fresh eyes.”

Some may find this type of advocacy for the “holy weed” overly medical and legalistic. A more imaginative Jewish link to cannabis has been suggested on websites both “alternative” and “conventional.” This is where the American “cannabis churches” and the some Israeli scholars of Hebrew and Judaica find that their interests converge. I am referring to the claim that the Latin name cannabis derives from the Hebrew “kneh-bosem,” one of the spices used to “make a holy oil, an ointment compound after the art of the apothecary.” What plant would be more appropriate for such a purpose, claim its modern celebrants, than the mind-expanding healing plant marijuana?