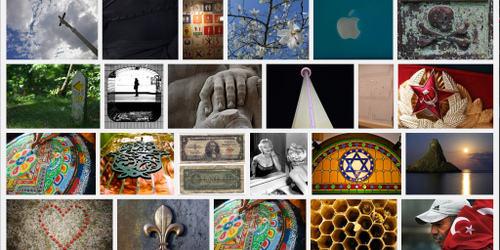 By Louis A. Ruprecht Jr.

I was delighted when I first heard of the possibility that this important new online journal was to be created. I was even more delighted when asked to participate in its creation, formation, and custodial care. I anticipate grand things for Sacred Matters.

I am grateful to Gary Laderman for once again having the vision to create such a shared space, devoted to scholarly and not-so-scholarly reflection on the future of religion, spirituality, and the sacred in what is, by all accounts, our rather complex and conflicted cultural and political modern present.

I refer to this online magazine as a “social space” quite deliberately. The work of the French sociologist, Emile Durkheim, has been invoked here as instrumental in this journal’s formation and informative for our common work. In his masterful 1912 study of aboriginal Australian religious forms, The Elementary Forms of Religious Life, a book that he envisioned virtually as a quest for the very origin of human religiosity, Durkheim observed that “it is the unity and diversity of social life that creates at the same time the unity and diversity of sacred beings and things.”

We should add “societies” to “sacred beings and things.” E pluribus unum: lying at the heart of the North American experiment in democratic pluralism lies this same sociological insight about unity, diversity, and the sacrality of belonging.

It was a subtle point Durkheim was making, suggesting not just the existence of an elective affinity between forms of human sociality and conceptions of the sacred order or the divine. At its logical extreme, Durkheim seems to suggest at times that human society, masses of humanity dancing to a common drumbeat, just is the divine.

We need to be careful here. As the late Robert Bellah observed, it is not that Durkheim was demoting God or the gods; he was simply elevating human society as it had arguably never been elevated before.

It is not that Durkheim makes an empirical society into an idol. It is that he so elevates, purifies and deepens the word ‘society’ that it can, not unworthily, take the place of the great word it supersedes [God].

“Collective effervescence” (perhaps my favorite single phrase from Durkheim) is a necessarily social phenomenon; none of us, no matter how creative or talented, can create that kind of experience alone.

So we will not be studying hermits in these pages and postings, at least not directly. We will be studying, reflecting upon, attempting to comprehend the virtues and vicissitudes of several interlocking social spaces, and we will be tracking religion and the sacred in all of them.

For myself, I hope to contribute reflections on several social spaces that have come to occupy a great deal of my attention, my sometime admiration, and continual meditation in the past several years. I am thinking of the several social spaces defined by participatory democracy, by the visual arts and film, by ritualized sport and play, and finally by poetry, which is surprisingly a far more public matter in the allegedly tone deaf mainstream of American society.

In my next several posts, I would like to offer a sampling of how we might track the elusive trace of the sacred in each of these important social and cultural arenas.

Welcome to the dance of reflecting on sacred forms.

Louis A. Ruprecht Jr. is the William Suttles Chair in Religious Studies and an affiliate faculty member with the Hellenic Studies Center and the Center for Collaborative Scholarship in the Humanities at Georgia State University. His latest book is Winckelmann and the Vatican’s First Profane Museum , (Palgrave Macmillan, 2011).