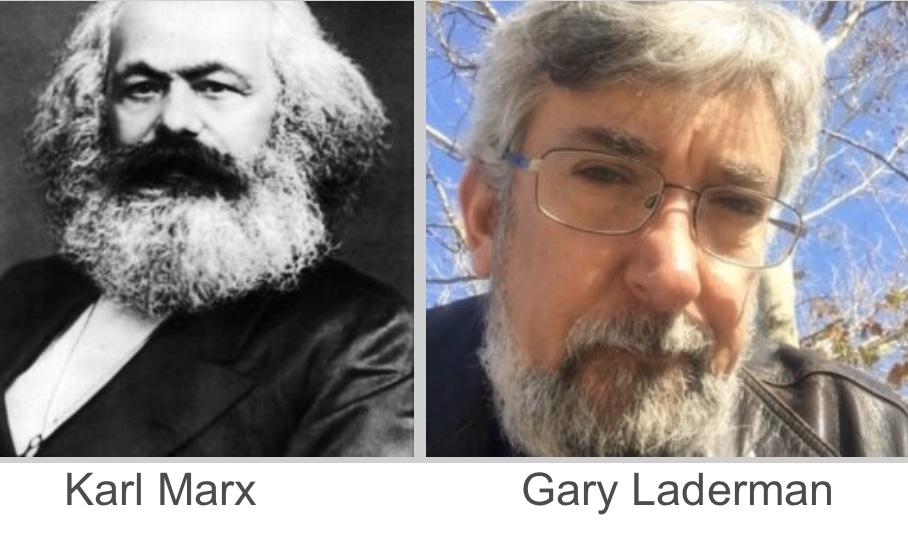 The more I research drugs and religion, the more I am convinced that drugs are the new religion. What do I mean by that? Basically, that today synthetic and natural psychoactive drugs provide for us what religions used to provide: the necessary resources to understand how to live with a mortal body that suffers and seeks relief as well as pleasures; the connections to live within vital communities that shape true though not always public identities; and a frame of mind to live without the fear that the cosmos is utterly random and absent of meaning.

I realize that is a doozy of a proposition to consider which might be shocking to some, offensive to others, and right on the money to a few, hopefully. But bear with me, as this is not a peer-reviewed academic journal article, but a brief, boisterous, and brainstorming blog post that is half fun and half serious and utterly devoid of academic pretense.
First, let’s start with some history and anthropology. The overlap between certain drugs and religious life is indisputable. On the one hand, the discovery and use of psychoactive drugs are key ingredients in human evolution, the “fourth drive” after hunger, thirst, and sex, according to psychopharmacologist Ronald K. Siegal in his book, Intoxication: The Universal Drive for Mind-Altering Substances. Deep rooted connections between these earliest trippy experiences and the emergence of religious rituals and imaginings are likely, though obviously not absolutely certain. But likely.
On the other hand, the pervasive use of certain drugs, or sacred psychoactive plants, across cultures around the globe associated with religious purposes is certainly obvious and constant (and I do tend to stay away from the neologism entheogen). Peyote in the southwestern US and Mexico; ayahuasca in South America; soma in India; iboga in Africa; mushrooms in Siberia. The list goes on and on. In these examples, drugs can induce religious visions, bond communities together, shore up identities, reveal the real workings of the cosmos, heal individuals and societies, and so on. Their consumption and effects are integrally and intimately tied to religious life.
So that’s the easy part. What’s not so easy to see, at first, is the same kind of interconnections today, here and now in our drug-loving modern cultures, beyond the obvious sites of sacred consumption, like peyote in the Native American Church, or wine in the Catholic Church, or cannabis in Rastafarian communities. Drugs are one thing, I can hear you thinking, but religion is something else entirely. Apples and oranges. Oil and water. Marxist metaphorical nonsense! Religion is not opium, for God’s sake.
Ok, it’s a stretch, I admit. But what is “religion” anyway? The long answer is too long for this blog post. For brevity’s sake, let me state right off the bat what is increasingly clear—being religious is more, or less, than going to church and believing in God. Also, I want to play with my highly influential graduate school teacher, Catherine Albanese’s distinction between ordinary religion and extraordinary religion. The punchline? I think drugs are key to both in contemporary societies.
For Albanese, ordinary religion seamlessly exists with the larger culture, and establishes certain taken-for-granted norms, values, and ways of living that promise order, stability, and sustainability in everyday life. This form of religion is not loud, visible, or recognizable, but subtle, unconscious, and determinative. One example might relate to farming in premodern cultures, where growing foodstuff is both part of ordinary, necessary existence, and sacred as it shapes notions of time, self, community, etc., without any formal institutional structure. That is religious work, in my book.
Now, let’s look at ordinary religion and some ordinary, legal, ubiquitous psychoactive substances in our world: tobacco and chocolate. Let’s also start with history, and a quick reference to a brilliant book by historian Marcy Norton, Sacred Gifts, Profane Pleasures: A History of Tobacco and Chocolate in the Atlantic World, which expertly and subtly explores how consumption of these two substances shifted from an utterly religious context before contact in Amerindian societies in the New World, to a seemingly secular context of commodification and consumption (“profane pleasures”) in Old World Europe soon after contact. 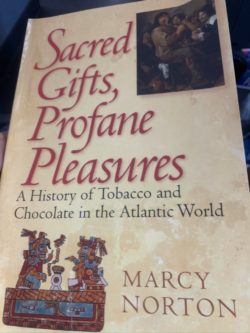 I say “seemingly secular” because Norton is clearly not a simple-minded social scientist who assumes modernity equals disenchantment. Instead, the author smartly suggests that ordinary religious uses of chocolate and tobacco in the Americas were not that distinct from the everyday uses and pleasures of modernizing Europeans who within a relatively short time absorbed and popularized the two.
In Norton’s words:
“Perhaps most modern of all was the way that the magic of tobacco and chocolate did not, in the end, become extinct. Rather, the goods flourished as magical fetishes, as the devil’s little helper and a divine elixir, in the collective imagination. It does not matter whether consumers “really” believed that the goods’ potency derived from supernatural forces anymore than whether anyone today “really” believes that rinsing with a certain brand of conditioner will make her hip and attractive, or whether driving a particular sports utility vehicle will bring him closer to nature…. [T]he physiological processes that make advertising work—the body’s proclivity to associate beliefs and desires with concrete sensory experiences—is what allowed tobacco and chocolate to enchant a secular realm of experience.”
So, does your chocolate or tobacco consumption “enchant” your world? 21st-century America is not 18th-century Spain, of course, and we all know of the health dangers associated with these two, and the moral complexities around free will and self danger, cancer and diabetes, public health and private needs/desires/addictions. Is everyone who smokes a cigarette or eats dark chocolate religious? Of course not. But, is it possible that the rituals of consumption in both cases maintain cosmic and existential order, for some, at some level? Can the physiological effects of consumption bring temporary relief from stress and strain, and allow for small pleasures that are not trivial for regular consumers? Are certain mythologies tied to both—about life and death, sexuality and relationships, communities and solitude—that embody and express sacred values? 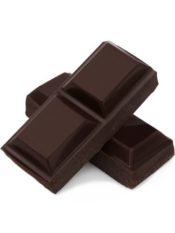 These two carriers of psychoactive substances, engrained into the fabric of ordinary, everyday life, bear on religious actions and efforts that are not easy to recognize because there is no Church of Chocolate (I would join) nor a Theology of Tobacco. But, with the right angle of scholarly vision, and just a little knowledge in history and religious studies, the religious dimensions come to the fore (I guess that is academic pretense). Another prime example that illustrates the point about drugs and ordinary religion comes from the omnipresence of the pharmaceutical industry and the magical fetishism of prescription pills, but unpacking that connection will have to wait for a future blog.
What about extraordinary religion and drugs? For Albanese, extraordinary religion refers to those experiences and moments when an individual breaks out of the normal, everyday order of things. Extraordinary religion blows up the ordinary, mundane boundaries of consciousness and self, society and cosmos, and opens up new vistas for self understanding and spiritual insights. Think of Jesus, or other key founders and figures in traditional religions; or think of other, non-traditional forms of religious experience tied to mystical encounters, collective effervescence, or altered states of consciousness.
Now, let’s take psychedelics, together. They remain mostly illegal, and are definitely not anywhere near as engrained in everyday culture like chocolate or tobacco, or alcohol or prescription pills, for that matter. Not yet anyway.
Right now we are living in what many refer to as a “psychedelic renaissance” in which the curiosities and potentialities of this class of drugs first recognized and imagined in the 1950s and 1960s but then squashed in the subsequent “war on drugs” are back and driving a surge in both popular and medicinal interest in them. Michael Pollan’s book, How To Change Your Mind, both encapsulates and captures some of the contours of this so-called renaissance, and I’ve touched a bit on what religion has to do with it all here.

The point to make here, now, though, is that psychedelics will likely become an increasingly accessible sacrament for a growing if not soon-to-be dominant, number of Americans seeking intense, meaningful, and transformative spiritual experiences, or a taste of that new-time extraordinary religion. How are these psychedelic drugs, so reviled and marginalized and criminalized in the recent past, becoming more accessible and accepted in some of the mainstream main streams of American society? It is because they have medicinal value and are proving to be highly effective in some forms of therapy.
Shamans a millennium ago, and today, know this to be true. Now medical doctors and researchers are scientifically verifying the truth of the power of psychedelics: extraordinary religious experiences, like those induced by ayahuasca or LSD, MDMA or psilocybin, can transform, and heal, bodies, minds, and social relations. The persuasive evidence of healing or improvement for a variety of symptoms and conditions—regardless of the details of the interior, subjective experiences of patients involved in these studies—is difficult to deny and warrants additional creative and careful studies.
Like the ordinary, “soft,” socially acceptable drugs so intricately woven into our everyday lives, the extraordinary, consciousness-exploding drugs slowly creeping into the various, variegated, and vertiginous health care cultures across the American landscape have subtle and not so subtle religious implications that are difficult to process, let alone see. And let’s face it, psychedelics may turn out to be verifiably good medicine, but they can also be recreationally good, healthy fun as well, particularly at music festivals.
We are clearly in a moment when older, preconceived notions about what “counts” as religion no longer hold, and with eyes wide open, and with a full dose of strong coffee in my system, it is striking to see the religious possibilities of drugs today.
Gary Laderman teaches at Emory and is having fun writing a book on religion and drugs.
PrevPreviousReligion (Whatever That Is) This Year
NextWhat if Satanists Want to Pray in Public Schools? 7 Questions for Joseph P. LaycockNext