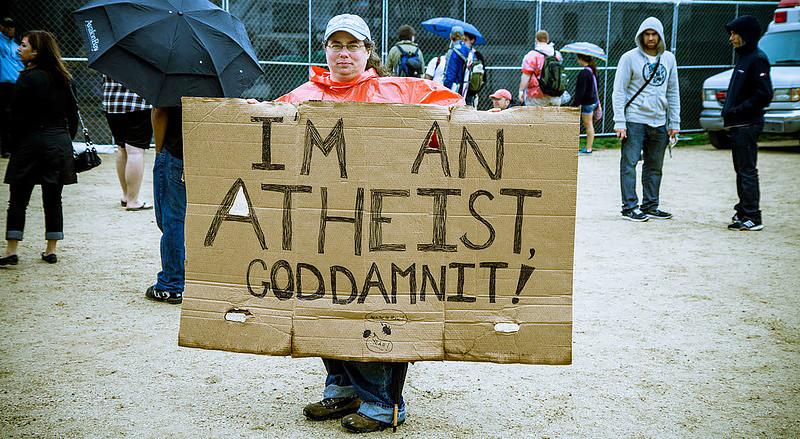 So the US is becoming less religious? That’s what the new survey from the Pew Research Center is claiming, and what all the headlines are screaming to readers. Americans have “less faith;” Millennials are “moving away from religion;” Americans “reject religion;” and so on.

All this on the heels of another religion story that got quite a bit of press, the publication of Robert Wuthnow’s book that seriously critiques these surveys and argues that, in the words of The Atlantic, there is a “futility” to “representing religion with a bar chart.”

What do you think? Is religious life fully captured by survey questions, graphs and bar charts? Or do these methods of collecting and displaying data fall short as indicators of the spiritual lives of Americans? Is it time to panic about the supposed decline of religion, or should we look to other metrics and methods to delve into what is really happening on the American religious landscape?

I think many Christians are right to panic about the state of their religion in society. Not because there is a “war” against Christians, but because all the evidence is pointing to an erosion from within and a process of deschristianization that are destabilizing the privileged, dominant position that religion has had in US culture, particularly for white Protestants.

For most of American history, “religion” equaled Christianity. Christians understood that the only true “religion” was theirs, and other forms of faith, belief, spirituality, and so on, were pagan, heathen, mistaken, corrupted, and so on. That kind of equation continues to linger in public conversations about religion, which is not surprising given the fact that the vast majority of Americans claim to be Christian in one form or another.

All of the hype and hysteria surrounding the release of the Pew report is imbued with the notion that “religious” decline is “Christian” decline, and this scares the hell out of a lot of Americans, and reinforces the idea that that religion is under attack. The Jews, Hindus, Buddhists, and other “religions” are too small in number to matter in any significant way to the present and future state of America’s soul.

Luckily for America’s soul, and for those of us who have made a career out of studying “religion,” the decline of Christianity is not the whole religious story, and the equivalence between “religion” and Christianity, though lingering, is losing its cultural authority. The erosion of Christianity in America is also not a victory for “secularization” or atheism either. Christianity may fade, but the religious life will remain a strong, vibrant, and engrained element of US society for a long time to come.

I’m not just talking about the rise of those who claim to be SBNR (“spiritual but not religious”), or those identified with the “nones” (those who claim no religious affiliation with one religion). Instead, what we’re seeing is that being religious is no longer constrained by church membership, singular identifications, or faith in God. Folks are free to combine and blend African traditions with Protestant sensibilities; Buddhist rituals with Jewish faith; Native American cultural practices with Catholic orientations. The spiritual life is tethered to popular culture values and everyday activities, and is energized by Oprah, Star Wars, and Wilco.

The truth about religion is that there is no truth. You think there is only one, singular definition of what should count as religion? Think again. The sacred is, potentially, anywhere and everywhere. Contrary to years past, one dominant religious authority (Christianity, and more specifically Protestantism) no longer holds all the cards and makes all the rules.

Surveys and graphs do tell us something about “religion,” but they are not enough to tell us the whole story. Hell, I’d even suggest that people are religious in ways they don’t even recognize. No one would claim to be a member of “American civil religion,” yet take a moment to consider what happens during the national anthem at a sports event. If that ain’t religious, I don’t know what is.

So don’t worry about the spiritual lives of Americans….unless you’re a conservative Christian or an atheist.