You Can’t Theologize a Virus 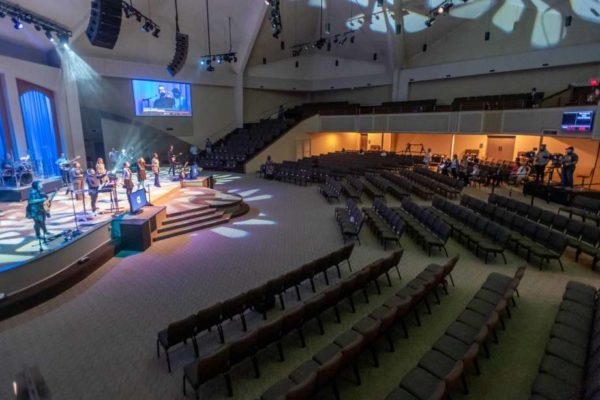 This isn’t the first invisible threat, but for many it’s the first experienced as more than a cautionary story recounted by others and from a safe distance. In at least that way, COVID-19 is different.

The impact of this virus is far-reaching in that it challenges physical well-being and socio-economic infrastructure in the present moment moving forward, but it also disrupts historical narratives. In a word, it dismantles the assumed special status of the United States and hampers the ability to market the US as having a unique global position. This grand legend is shaken on a variety of fronts as this unseen virus destroys without regard for the United States’ understanding of itself as beyond the reach of most troubles faced by the rest of the world. After all, isn’t this the land of “life, liberty, and the pursuit of happiness”? Anxiety reigns as the ability to bracket and control death is shattered. The dominant ideology is weakened as the body count rises. We hunker down and try to think and act a ‘new’ normal.

The functions of the body are highlighted by the viral threat and expressed through the strange practice of gathering—toilet paper is just one ritualized response to traumatic uncertainty. Life is stripped down to basic parameters and activities, and we are forced to explore what we need over against what we want—and this is difficult within a social world that blurs the line between the two.  Ritual practices meant to distract, to point toward something beyond the materiality of the body are suspended and we are forced to spend time alone, and in those private spaces create ways to be connected and comforted.

Christian communities have not been without a response to these challenging times—attempting to make religious sense of circumstances that target some fundamental assumptions regarding collective life. And they do this using theology as a language meant to offer stability and comfort by pointing out the basic problem at work and the resolution available. While this is a general effort within Christian circles, it is most graphically present in the rhetoric and actions of religious leaders. Ministers like Rodney Howard-Browne of Tampa push to maintain pre-virus patterns of activity despite the threat to health and well-being.  Challenges to this particular theologized response – of Christian business as usual – are viewed as an attack on Christians, for whom this virus is something of a test of faith and to alter practice is to weaken faith. Others see the virus as pointing to an existing moral failure not simply of Christian communities but of the nation as a whole that results in God’s wrath. In a word, it is a consequence of sin. In either case, a rigid commitment to religious business as usual expressed as an act of religious commitment ignores threats to physical life.

These more conservative responses to the nature and meaning of the Coronavirus don’t reflect the only mode of wrestling over how to address current circumstances religiously.  Some ministers see the virus as having pedagogical value—but the lesson isn’t divine anger and punishment but rather opportunity. For example, it urges reflection on our habits and urges a movement away from a ”culture of consumerism to one of greater humility and service.” Rather than condemnation of marginalized communities, and the weaponization of religious ritual, ministers like Rev. Calvin Butts called for reflection, for prayer—“why worry when you can pray.”

Some ministers have moved to Livestream services and other modes of online presence, and for larger (mega) churches this transition isn’t without its challenges but it isn’t completely foreign in that they’ve long made use of technology to reach an audience beyond their physical walls. In fact, beyond numbers, this employment of technology is considered one of the markers of a megachurch.  For smaller churches, the shift is a bit more awkward—and the economics of service at a distance more threatening.

The coronavirus is forcing churches to confront ritual innovation, but it has also recast longstanding issues within church leadership. Take the Black Church for example. Much of the conversation revolves around what male ministers are doing—and this stems from gender bias infecting physical church organizations. The dilemma facing women interested in the traditional pastorate is expressed anew, but also of importance is the way in which digital space for some time has been a ministry platform for black women.  That is to say, Candice Benbow notes, “as traditional black church spaces continue to exclude black women from leadership—and reject their ability to name the needs of black women and queer people—many have no choice but to bring their ministries online.”

Whether dealing with those who resist going online or churches making the transition to a new pandemic world, reports and conversations have highlighted what churches are doing.  But we also need to critically engage the thought undergirding these actions. Underlying all of this is a wrestling, embedded within all the various responses, are theological implications meant to come to terms with the challenges posed by suffering and death. In a word, churches are wrestling with an issue: how is hope maintained within a context marked by absurdity? In other words, Christians along a spectrum of conservative to liberal thinking share something—an effort to bring their theological thinking to bear on current circumstances.  But there are some inherent problems with theologizing this crisis.

Theodicy:  Can a theological point of view come to the rescue?

The challenge with this virus is uncertainty—the lack of control over circumstances, and the inability to identify clearly the threat or determine duration. In addition it highlights the human body. Yet, traditionally, Christianity has had a difficult time with the human body. Drawing on scripture and corresponding doctrine, it has been understood as the source of problematic desires, the trap holding in place the soul. The body—the physical body—is made hyper-visible—suspect and dangerous. Even more liberal views are challenged by the limitations of the larger tradition of which they are a part—and this is a source of schisms, theological debate, and religious frustration. Right now, the body demands attention and the threat it poses isn’t summed up through old moral grammar of puritanical existence.  And while this is the case for all bodies, the dilemma is amplified for bodies socially regarded as already marginal due to race, for example.

With circumstances as those we face currently, religious communities typically turn to theology as a way to address the threat.  And this often takes the form of theodicy – asking questions like: what can be said about divine justice in light of profound suffering? However, theodicy never satisfies in the long term, and its failure is even more graphic as the coronavirus devours life. In fact, theodicy is a dangerous consideration as it disrupts reason and threatens to challenge faith.

There are limits to what theological insights offer embodied challenges.  It operates based on the assumption of insiders and outsiders, of a rationale that cuts against reason—both challenging and embracing logic. In this instance, theology offers a language of life undercut by the uncertainty of the moment—and what this moment means for the nature of life moving forward. Social distancing and failure to observe this strategy, for example, might point to a more ‘material’ challenge and moral failure: anthropodicy, which concerns itself with the human role in suffering. Still, attempting to address the current circumstances through anthropodicy doesn’t end death, and doesn’t make loss any more manageable for those left to grieve.

There is no answer to the theodicy question—the challenge is more ‘earthy’ than theodicy can manage; but anthropodicy doesn’t satisfy either.  Theodicy positions anxiety in terms of vertical relationships—the human condition explained through a relationship to a cosmic logic beyond our ability to comprehend. Anthropodicy concerns itself with attempting to explain human experience from within the confines of human history—what we do as embodied beings and what we might say about that arrangement in light of human reason. At best, it requires human accountability and responsibility for our current conditions; but in the long run it simply tells us what we already know: human’s play a profound role in the misery marking life. Neither, however, can fully satisfy a situation that seems to point out the best and worst elements of human behavior—marking out human thinking and doing that both affirms and degrades human life. Each of these two approaches leaves us flat—still facing circumstances theological language is ill equipped to describe and resolve.

This viral challenge can’t be contained or managed theologically—what is left to us is ethics that is comfortable with vulnerability and proposes no final resolution. It is a mode of perpetual struggle—a commitment to recognition of ongoing threats to collective well–being, threats that are both external and internal.  Theological proclamations aren’t answers that can withstand this threat. The answer is ethics—behavior that enhances life, a time to rethink the markers of healthy personhood and how this obligates us with respect to each other.  This isn’t so simple as doing the ‘right’ thing because we see ourselves in others—that’s too easy and too self-assured.  Rather, we need ways of behaving in the world that entail a deep and abiding appreciation for intersections—fragile connections to others, whether they are like us or not. And that are mindful of humans as only one dimension of a larger framework of living things. 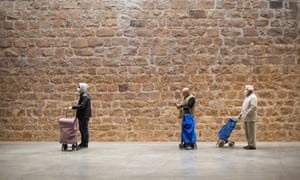 The isolation—the confinement of bodies—demands introspection.  It urges deeper recognition of and accounting for how bodies occupy time and space, and the ways in which that occupation matters beyond the individual.  It points out both the nature of our connectedness—both the benefits and challenge of that connectedness.  The entanglement that is human life is exposed at times like this, and we are forced to negotiate what to make of that connectedness—what about it renders us vulnerable and what of it promotes opportunity.  This is an ethics committed to relationship—to an embodied regard for the “other” that doesn’t promote a final resolution but rather that understands the need for perpetual effort toward an expanded sense of well-being. It is an ethical posture committed to struggling with uncertainty, recognizing the layered nature of this problem, and sensitive to the impact on the most vulnerable (with this category not limited to human beings). This is an ethical posture that is comfortable with vulnerability and that seeks to promote health and well-being to the degree either is possible within the context of a world that doesn’t bend to our desires and wants.