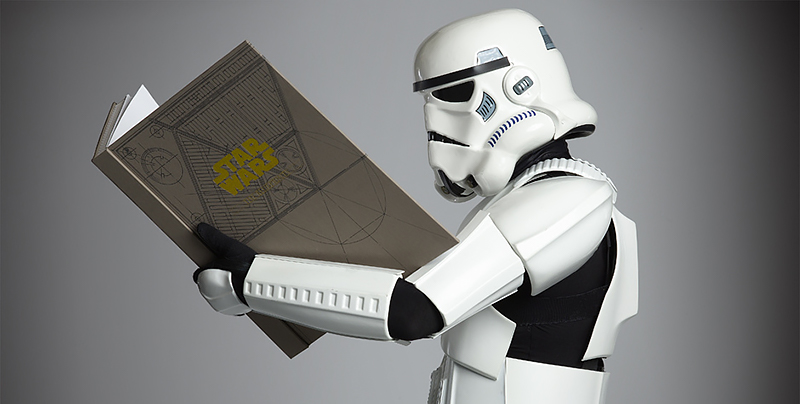 Apocalyptic has always been one of my least favorite biblical genres. First, it can make for very tedious reading, with its densely symbolic accounts of battles and political turmoil. And second, I’ve always struggled with the black-and-white moral dimension of it. To me the world just doesn’t work like that. Call me naïve, but in my experience, people are not fundamentally good or evil. We are a mixture.

But then I saw Star Wars: The Force Awakens, and, oddly enough, it helped me understand the Bible better.

Spoiler Alert: I’ll stop now for those of you who haven’t seen it yet can close this window.

Apocalyptic literature is a genre common to Judaism and Christianity. Apocalypses envision a final battle of some kind in which God dramatically intervenes in human history to help the good guys beat the bad guys. The word in Greek etymologically means “unveiling,” the unveiling of God’s plan for history. Apocalypses tend toward a firm line between good and evil, and the use of highly symbolic language to describe real political people and events in the present and future.

In the Bible, the most obvious apocalypses are Daniel and Revelation. Both were written under colonization, the author of Daniel by the Hellenistic Seleucid empire, and the author of Revelation by Rome. We know of several ancient apocalypses outside of the biblical canon, such as the War Scroll found at Qumran, which describes a war between “the sons of light” (the true remnant of Israel) and “the sons of darkness” (Rome).

When we talked about the War Scroll in my Dead Sea Scrolls class last fall, the student presenting on it used a clip from one of the battle scenes of a Lord of the Rings movie. This is a similar battle between good and evil, a grand battle in which good triumphs in the end, just narrowly enough to keep you on your seat.

These battles—on paper, in ancient texts, they don’t grab me. But in film, with all the graphics and modern computer wizardry—I am compelled.

So when I watched Star Wars, I felt the same thrill I felt when I saw Lord of the Rings, and when I saw The Avengers a few years ago. The big battles, the cosmic fight between good and evil, the thin thread by which good conquers evil, the one necessary hero, the feeling that all of one’s actions are somehow part of a great sacred plan to overthrow a faceless, cruel political overlord – this is an amazing story, a grand vision. What would it be like to live in one of these realities? What kind of feeling of cosmic purpose would it instill?

For example, like Jewish and Christian apocalyptic texts, Star Wars envisions a hierarchy of good and evil. Star Wars has the little evil guys, the stormtroopers, then the various First Order leaders, then Kylo Ren, the Snoke himself. Similarly, the apocalyptic War Scroll (1QM) from Qumran describes a demonic spirit, Belial, who lies behind the human army of the Kittim (the Romans). Elsewhere in Qumranic writings we see more fully developed demonologies, including the figure of “Mastema” in Jubilees. Imagine if our mundane, human struggles were linked to a cosmic conflict!

Sure, none of these movies have God showing up to fix things. But for many Protestants, Star Wars tips its hand toward the sacred whenever anyone says, “May the force be with you” (and also with you.) In short, watching Star Wars is helping me grasp the first element of apocalypse I don’t like. Film can visualize the political language of apocalypse better than text can. Daniel and John of Patmos’ writings were both visions, after all.

But the second point brings us to a major difference between Star Wars: The Force Awakens and biblical apocalypse. In Star Wars: The Force Awakens, the line between good and evil is thin. The main scene I am thinking of is when Ren almost renounces the Dark Side to rejoin his mother and father. He remarks that he wants to do the right thing, that he is torn apart by his seduction to the Light. Once Ren takes off his mask, once we find out who he really is, he is not some faceless evil. He is the son of two of the greatest heroes in Episodes IV-VI. He is a man with some good left in him, just like his grandfather Darth Vader. Finn (FN-2187), another hero of the movie, actually did leave the side of evil to join the side of good. This is more in line with my view of the world than that of the author of Revelation.

But maybe if I were a colonial subject as the authors of Daniel, Revelation, and the War Scroll were, I would see the line between good and evil more sharply. Maybe if I were a member of the Resistance, I would not hesitate to shoot a stormtrooper. I freely acknowledge that my difficulty connecting to the strong moral dualism of apocalyptic literature may arise more from my own lack of experience than any problem with the genre.

Even so, Star Wars is helping me better appreciate the apocalyptic elements in the Bible, whether by helping illuminate them or making me struggle to understand them better. And isn’t that struggle the point?

Jonathan Homrighausen is an MA student in Biblical Studies and Islamic Studies at the Graduate Theological Union in Berkeley, CA. His main focus is in reading Abrahamic scriptures in the light of interreligious dialogue. His work can be found in Buddhist-Christian Studies, The Silk Road, and Religion Dispatches.