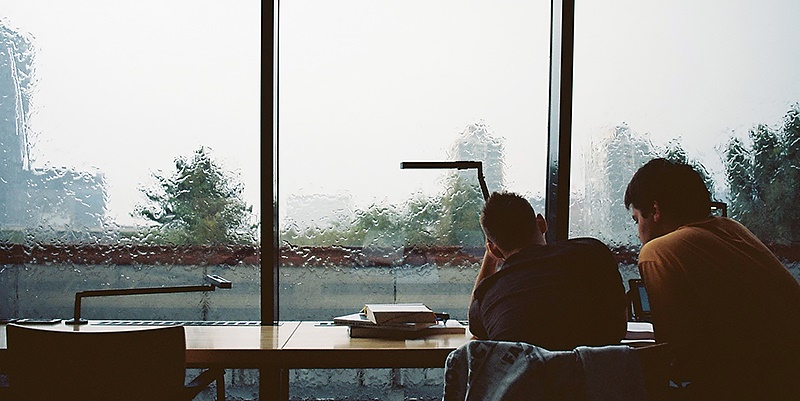 It’s not easy being chair of a religion department. August is an especially cruel month as we close out one academic year and start up a new one, and begin again to struggle with an increasingly vital challenge: recruiting and keeping more majors. I’ve been teaching at Emory University for over 20 years, and every August I begin to obsess about a question (mostly as I’m frantically trying to get my syllabus together for the new term) that’s at the center of my intellectual passion and personal livelihood: how do you convince people to study religion?

For me as a professor of religion and chair of a department in the year 2015, I wonder about how best to “pitch” a religion major to undergraduate students, many of whom come into college thinking about–in too many cases more like obsessing about–pre-formed and fairly rigid professional aspirations and trajectories. Forget about learning for learning’s sake, the life of the mind, or the enriching freedom of being “undeclared.” The politicians tell them, their parents tell them, and their schools tell them: figure out your career.

That makes it very difficult to promote religion, or better, religious studies, to students. Political science major? Clear path to law school. Biology? Premed. Economics major? An entrepreneur in the making. Those majors make sense and lead students on a well-trodden path from student to professional, from youth to adult, from dependence to independence. At least that is what they hope and their families are banking on. So they are a “tough sell” as they say in the business, and require a proactive if not proselytizing move to bring more sheep into the Religious Studies fold.

A religion major? Unfortunately we have history working against us, as the assumption that studying religion means being religious is burrowed deep in our culture and impossible to avoid. Everyone thinks that if you study religion you’re planning to be a priest. However, as we all know, people like — no love — to talk about religion, whether they are for it, against it, or somewhere in between. So when folks hear that religious studies exists as a major or an option in graduate studies, they are often pleasantly surprised, though others have been offended by the very idea.

I’m getting ready to teach religion and sexuality in the fall. This will be the third go round with the course and enrollment is already up to 200 students, who seem to be very interested. The topic, of course, sells itself for 18 to 22-year-olds. What is not so self-evident, and therefore the point of the pitch I will have to make, is that the study of religion may be one of the most significant and rewarding intellectual pursuits in a college education.

Is it “relevant”? Does it have “practical” value? Is it a “stepping stone” to adult professional life?

To help answer these urgent questions, I present my top five reasons to study religion:

1. It will help you get a job and make lots of money.

This is not entirely true, but it’s not out of the realm of possibility either. While it might not be smart to begin my presentation with a bold-faced lie, this half-truth strikes me as perfectly acceptable in the spirit of pitching. It’s on their mind and what they, and their parents, want to hear. We have had majors become doctors and dentists, public health professionals and teachers (who don’t really make lots of money, but still a noble profession) and lead healthy, happy, productive lives. When our majors graduate, they actually get a wide variety of jobs.

This is truly the meat of it. A religion major, if it’s done right, will turn your world upside down, turn childish thoughts into mature ponderings, turn darkness into light (maybe too hyperbolic?). The topics in these courses inevitably lead to fascinating and perplexing, sometimes outrageous and repulsive, aspects of the human experience: sexuality, of course, but also death, popular culture, violence, the environment, social change, emotional life, and so on. In addition to the content of our courses, however, is something even meatier: our courses focus on critical thinking about religion, attentive to both theories and methods that define and guide our endeavors. Even more than learning about Buddhism or Judaism or Islam or Christianity, students also wrestle with Karl Marx, Talal Asad, W. E. B. Du Bois, Kathryn Lofton, and William James, to name only a few of the thinkers who may be implicated when your mind gets blown away.

3. It can be used to make the world a better place.

We have not yet produced a major who went on to become President of the United States. But we have come close with Secretary of State John Kerry, who remarked once that if he went back to school he would likely major in comparative religion. Just imagine what a wonderful world this would be if more politicians majored in religion. I would love to have Ted Cruz as a student, or Rick Perry, or Bernie Sanders. All of them really, except Donald. Certainly the so-called newscasters at Fox would be singing a different tune if they learned a few things about religion. Unfortunately there are not many celebrities or politicians with religion degrees we can use in our promotional profiles. But each new major we graduate, no matter what direction their professional lives take, contributes to increased awareness and understanding of religion. That is a good thing.

4. It’s a social magnet: people love more than ever to talk about religion.

What is a hotter subject than religion? And in this time of conceptual ambiguity (what the hell is “religion” anyway), with blurred and contested boundaries about what counts and what doesn’t, it’s even more appealing for people to talk about. Is there really a Church of Cannabis? Who are the “nones”? Can sports fandom be religious? Everyone wants to get in on the act, especially the raging atheists who don’t even believe religion exists. You will be a hit at parties, both in the frats and sororities, but also at your parents’ dinner parties.

Perhaps too cliché as the final point in the pitch, but here it is. Religious knowledge–knowledge about religions and religious cultures–is a powerful resource to use throughout the rest of your life. Let’s face it: religion is one of the most powerful social and cultural forces in human history. It has wreaked havoc and devastating carnage through time and around the world. It has also been a source of profound comfort and good in the world. Religion is everywhere and always integral to human cultures. And learning about religions and religious cultures will contribute to the moral, intellectual, emotional, and yes even spiritual self-knowledge of students in this most critical time of development. And what can be more powerful than greater self-knowledge to a 20 year old?

So, I’m not going to try and sell students religion… exactly. My religion pitch is not about whether this religion is true or that one false; or that this faith can heal the sick and that one is demonic and evil. Rather than try to convert people to the one true Religion, my pitch is designed to convert you to a different truth about religion: it must be studied!

Gary Laderman is the Goodrich C. White Professor of American Religious History and Cultures, and Chairperson of the Department of Religion at Emory University. He writes on topics such as death, popular culture, science, sexuality, and drugs. Laderman was one of the founders of Religion Dispatches and is currently Editor of Sacred Matters.