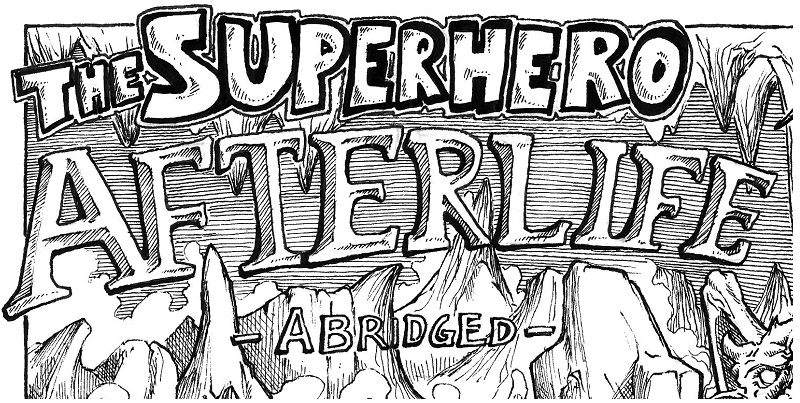 Story by A. David Lewis. Illustrations by Asher J. Klassen

A. David Lewis is a national lecturer in Comics Studies and an award-winning graphic novelist. He holds a PhD in Religion and Literature from Boston University and is a founding member of Sacred and Sequential. His book, American Comics, Literary Theory, and Religion: The Superhero Afterlife, is now available from Palgrave Macmillan. He can be followed @adlewis.

Ashur J. Klassen is a cartoonist and comics scholar from the University of British Columbia-Okanagan, where he studies comics and comics theory in a degree blending art, art history, literature, and theology. He is a founding member of Sacred and Sequential and a researcher on Alan Moore’s Electricomics project. He can be followed @ajkomics.