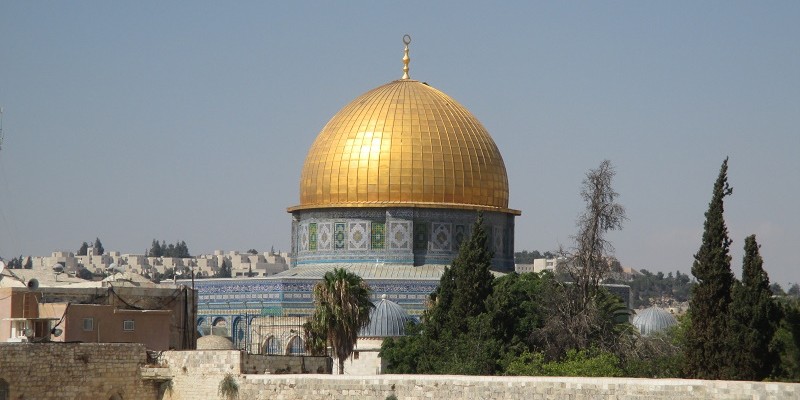 Every year, a quarter-million Christians from the United States walk where Jesus walked, a trip they describe as a physical and imaginative return to the source of their faith – a return made possible by a pre-packaged tour normally priced between $3,000 – $6,000. Prospective pilgrims are thus consumers who purchase a product to suit their religious needs. Yet to dismiss such trips as “profaning” or “Disneyization,” as have some scholars of tourism, misses what these experiences mean for those who undertake them. It also neglects a key dynamic at play: the myriad ways that American Christians deal in, and deal with, money.

With some notable exceptions, such Leigh Eric Schmidt’s work on holidays, until recently American religionists have skirted the issue of money. To some degree, of course, we have grappled with Max Weber’s theory that European Calvinists spiritualized the accumulation of wealth. Perhaps to a greater extent, we have debated the legacy of mid-century theorists, from Walter Benjamin to Pierre Bourdieu, who looked askance at commoditized replication. Since the mid-1990s, scholars of American religion have begun to break down the binaries such theories implied, arguing that Christians may, in fact, consume as a way of expressing and even constituting interiority.

From this perspective, the challenge is to trace the intersection of consumption and religious practice, while also recognizing how this relationship often remains troubled for Christians themselves. Pilgrimage sites are a good example. As centuries-old meeting grounds that enable commercial activity, they have continually elicited questions about the relationship between God and Mammon. Today, American Holy Land pilgrims regularly express concern about the intermingling of Christianity and behavior they construe as “commercial” or “materialistic.” To talk about religion and money, then, requires an approach that is appropriately dense and even a little messy, integrating multiple angles at once. For example, one might ask how Americans make sense of a commercial trip that is also a religious experience; how pilgrimage operators have developed and run their businesses; and how the rhetoric of “commercialization” operates alongside the actual exchange of money-for-things.

Typical American Holy Land pilgrims are female, middle-class, and middle-aged or older. As sociologist Robert Wuthnow has shown, American Christians still view self-indulgence with suspicion; 83% of Americans, church-going or otherwise, believe that people should not “spend a lot of money traveling” (p.125-33). This fact, and the association of women with the domestic sphere, complicates a religious experience that requires leaving home and spending money on oneself. It also means that pilgrims come to conceive of themselves as religious (in part) through how they interact with money.

People who consider travel an extravagance, or who remain uncertain about pilgrimage’s theological value, are most apt to refer to the trip as a “witness” for others and a compulsion from above. Women do so through gendered conceptions of antimaterialism related to sacrifice. They describe paying for the trip by saving their “little pennies,” positioning it as the outcome of careful self-denial. They see the experience as something undertaken (also) for others, most evident in how they gather gift requests before leaving and distribute the fruits of those labors of love upon return. A significant minority, including men, explain the purchase of the trip as enabled or accompanied by a sign from God. Dave, a police officer in his mid-50s, told me how he paid the initial deposit and then checked his bank account, which contained exactly one dollar more than the required amount. It was no mere coincidence. “To me,” he says, “[that means] ‘Your interest in this trip is being looked out for.’” Such divine signs reveal the true nature of a trip that may seem like a self-indulgent vacation – but is nothing of the sort.

During the trip itself, pilgrims spiritualize consumption by drawing on notions that date to the nineteenth-century emergence of widespread consumer culture; namely, the idea that by buying things each citizen fulfills his or her duty to collectively push forward the engine of U.S. progress. In the Holy Land, pilgrims frame the consumption of souvenirs, and of the trip itself, as contributing to another moral national project: Americans’ responsibility to support Israel. Those who support the Palestinians often draw on a different, though equally familiar, trope about the value of pulling oneself up by the bootstraps economically, colored by Catholic and mainline Protestant conceptions of social justice. Pilgrims in this camp try to purchase their souvenirs from Arab sellers, especially in Christian towns. Across the political spectrum, American pilgrims position consumption as a religio-moral imperative. No longer simply individualist consumerism, buying tourism and souvenirs becomes a method of replication and production – by spending, pilgrims see themselves as doing and giving.

As traveling abroad became possible for more American Christians in the 1960s, they were faced with a paradoxical longing to consume luxury tour services and a worry that such niceties were at odds with their religious goals. As historian Bethany Moreton notes of Wal-Mart’s growth among conservative Christians in this period, “the challenge [for Wal-Mart] was to find a form of purchasing that did not suggest sensual self-indulgence” (p.88). Pilgrimage producers faced a task even more daunting: they not only had to assure potential clients that the commercial model would not interfere with religious ideals, they had to convincingly show it would bolster them.

In the pre-packaged pilgrimage system, tour producers purchase bulk tickets ahead of time. It maximizes profits, of course. But in this context its real genius lies in how it also masks players and processes that seem un-Christian, coming as close as possible to severing the trip from its commercial moorings. By honing a “pyramid” sales system in the 1960s and 1970s, tour producers tasked trusted pastors and priests with gathering clients’ money, rather than a faceless company. By relying on advance deposits to buy all services in bulk ahead of time, they created a system where the pilgrim remained blissfully unaware of who pocketed her money. Most days in the Holy Land, pilgrims do not even have to open their wallets.

In the 1970s, the system came under some scrutiny when it came to light that pastors were receiving cash bonuses from non-Christian companies. Shortly after, most companies eliminated cash incentives and began to promote their religious credentials. Today, Catholic and evangelical company owners and executives often draw sharp contrasts with “secular” tour professionals by recounting their own formative spiritual experiences in the Holy Land. They further distinguish religious tourism from crass capitalism by tying it to “a vocation” (for Catholics) or a “calling” (for evangelicals).

Esther, a 67-year-old Catholic from Maryland, doesn’t mince words about the Holy Sepulchre: “Ever been to a more unholy place in your entire life? I was shocked!” She was laughing, but there was a note of seriousness too. “It was dark and very Eastern, the decorations…There’s nowhere to rest your eye. And everyone has their hand out…[The Greek Orthodox priests want tips] just to look at something. It was very apparent the difference in how they sell – or celebrate – their religion. It’s commercialized in that regard.”

Esther slips up intentionally about the priests who “sell – or celebrate – their religion.” At other times, though, Americans happily handle money in Holy Land churches, when they give charitable donations or buy souvenirs. To be “commercialized” has little to do with the exchange of money per se, but is a discursive technique for drawing distinctions. Sometimes pilgrims use it to refer to moments during the trip that don’t fulfill their expectations. Other times, they use it to distinguish between self and others, as does Esther above, a kind of shorthand for judgments about forms of certain forms of worship. Pungent candles, glowing gold lamps, and jostling crowds preclude the “peaceful contemplation of God,” Esther concludes.

Catholics and evangelicals most often condemn Orthodox people and places as “commercial.” On occasion they level the same charge against each other, too. This pattern of discourse is noteworthy in how it appeals across denominational lines, but also in how it disrupts the usual (and rather understandable) focus in studies of American Christianity and capitalism on the making and spending of money. To hear pilgrims talk about commercialization gives us another perspective on the problem. It clarifies how Americans mitigate the ambivalence they feel about being consumers in the land where Jesus walked, and about being (mere) visitors in a place that is so central to their faith yet that often seems to belong more to others. In short, consumption and the rhetoric of “commercialization” work in tandem. Pilgrims position their actual commerce as a moral good and an obligation – it supports others (Israelis or Palestinians) and generates prayers and things for people at home – while they simultaneously wield “commercialization” to demarcate a boundary between bad and good religious practice, wherein American pilgrims’ own activities (including the purchase of the trip itself) are firmly on the side of right Christian practice.

Clearly, then, the Holy Land packaged tour is not religious in spite of its commercial or touristic nature. It is spiritually powerful precisely because it heightens participants’ engagement with, and sometimes anxiety about, certain defining characteristics of Christian modernity, such as the intersection of capitalism and religion. American Christians navigate this territory every day, of course, but the intentional nature of the trip – of “walking where Jesus walked” – brings it into heightened relief. As a result, prepackaged pilgrimage gives us a glimpse of the multiple ways that American Christians may view “Mammon” with ambivalence yet also consume in order to create connections and live their faith. It reminds us that by teasing out seeming dualities, we may destabilize and reshape academic discourse, as well.

Hillary Kaell is Assistant Professor of Religion at Concordia University in Montreal, QC. Her research examines how the divine, the miraculous, and the unseen become real for people in particular times and places, especially through material objects and commercial practices. She is a member of the executive board of the Society for the Anthropology of Religion and is a Young Scholar in American Religion for 2013-2015.