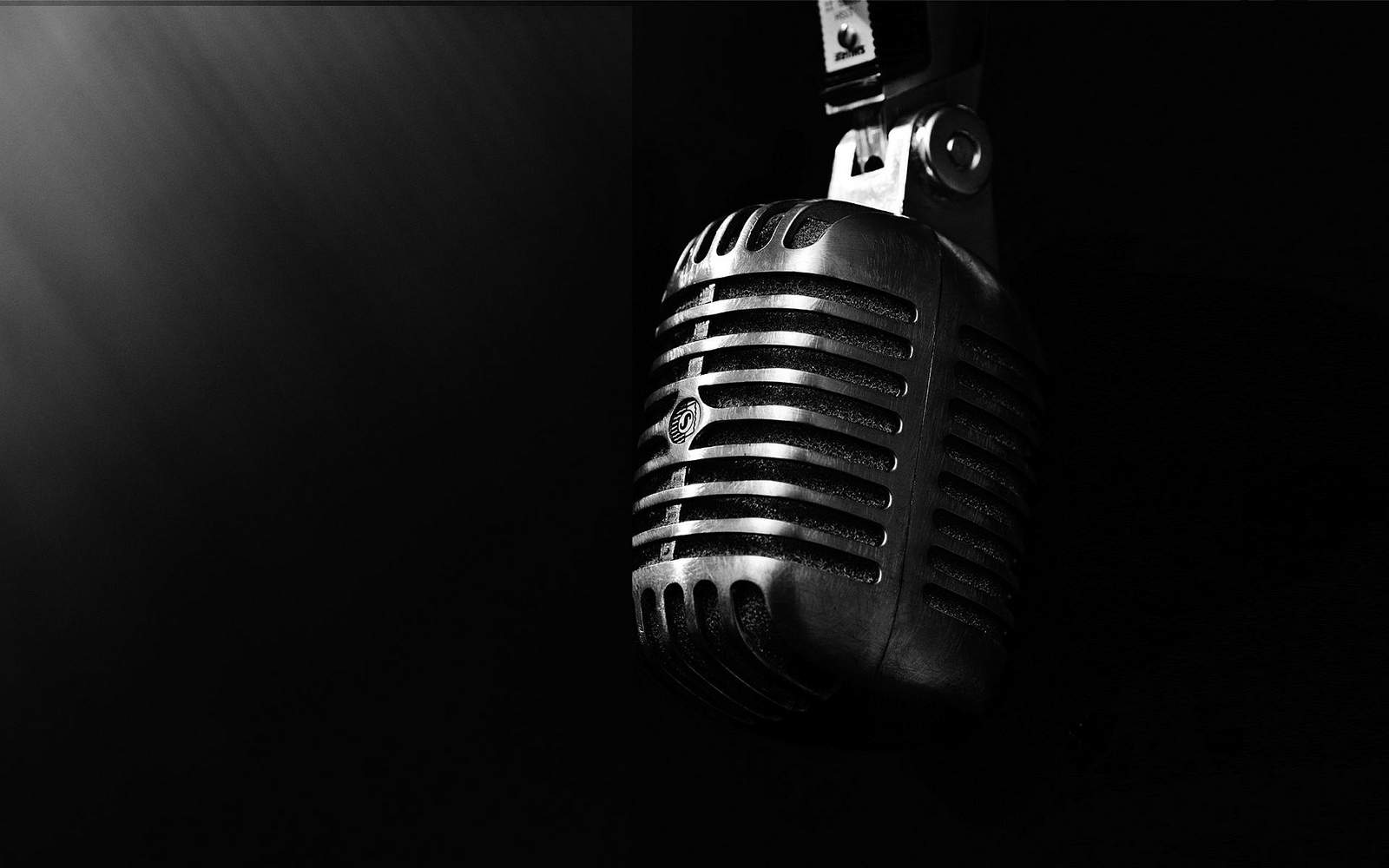 In our interview series, “Seven Questions,” we ask some very smart people about what inspires them and how their latest work enhances our understanding of the sacred in cultural life. For this segment, we solicited responses from Alejandro Nava, author of In Search of Soul: Hip-Hop Literature, and Religion (University of California Press, 2017). 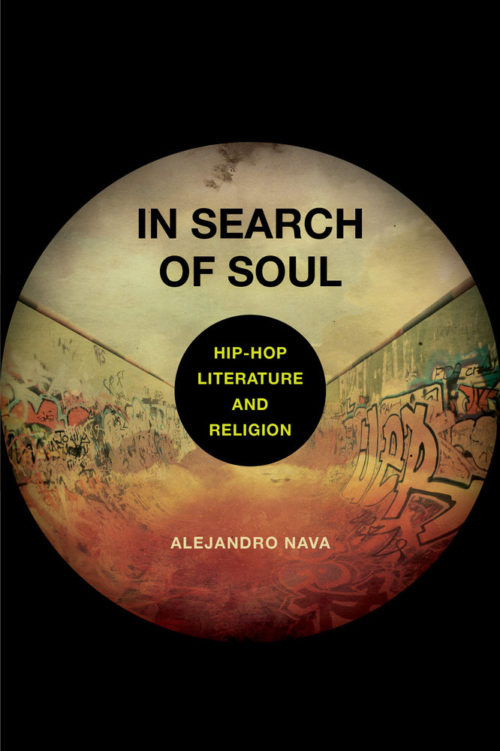 This book has been brewing in my mind for many years now.  I grew up listening to hip-hop.  Back in the day, my brother was a break-dancer and I used to follow his crew around as they competed for accolades in the combative arenas of dance and rap. At the time, I was particularly attracted to the beats and rhymes, the flows and cadences of the rapper’s voice.  I don’t think I paid the content of the lyrics much mind, but the couplets and verses themselves—with dashes of sweetness and saltiness alike—were addictive; they made me crave the sonority of the spoken word.

As time marched on, my fascination with the arts of language developed into a formal interest.  I decided to go to graduate school and ended up at the University of Chicago, on the South side of the city.  For a Mexican-American kid from Tucson, the streets and circumstances of Chicago’s South side came as an entirely new revelation to me.  I honestly had not realized the extent of poverty, discrimination and segregation that continued to exist in the United States.  I had seen and experienced this across the U.S.-Mexico border, but not here in the richest country in the world.  Supplementary to my rich experience in the classroom, my encounter with the ghetto proved to be an education in itself.

In addition to this unsettling epiphany, I vividly recall a particular lecture by a professor at the Chicago Theological Seminary, Michael Eric Dyson.  At the time (maybe around 1995 or so), I didn’t recognize the name, but the subject of his lecture—“God and Hip-Hop”—was right up my alley.  The lecture hit me like a falling brick house.  His fluency with philosophy, religion and hip hop was extremely compelling to me and had a formative influence on my studies. He was thinking through one of his earliest books on hip hop, and I remember his discussion of what he was calling a “thug’s theology.” This lecture would have a long legacy in my life.  When I became a professor of religious studies at the University of Arizona, I would develop a class along these lines called “Rap, Culture, and God.”  My book is a product of these experiences, both inside and outside the classroom of the University of Chicago.

My field is religious studies, and I have a particular interest in the traces of the sacred in literature, music and dance, particularly in Latin American and African-American traditions.  In essence, my book calls into the question the divide between the sacred and secular.  Part I of my book explores the religious and theological meaning of the human soul, and Part II explores the musical, cultural, aesthetic and stylistic views of “soul,” especially in hip hop.  Though my book divides these themes into two parts, the border between them is porous and permeable.  Many of the ideas of “soul” in culture and music—especially in African-American and Latin American traditions—were profoundly shaped by religious views, and so we should expect a contaminating presence of religion on the notions of “soul” that developed in the 20th century.  For example, it is clear that by the 1960s, the grammar of “soul” became a prophetic and countercultural aesthetic.  I argue that this was indebted to a sensibility sampled from the prophetic imagination of the civil rights and black power movements. And so it is with a lot of black music in the Americas: Religion was a key influence and bequeathed many of its laments, moans, guttural cries, preacher-like whoops, and wild ecstasies to R&B, soul music, and hip hop.

For one, this book is a response to the crisis of soul in our age. In the face of the threats of excessive materialism, scientific rationality, and unchecked capitalism, this book defends the basic values associated with the soul in the Jewish and Christian traditions: contemplation, compassion, spiritual depth, and fundamental human rights.  I follow the lead of Lauryn Hill when she remarks that we need to “change the focus from the richest to the brokest.”

Second, this book explores the meaning of the soul in both sacred and profane manifestations: Part I considers the former, while Part II investigates the secular interpretation of “soul” in African American and Latin American traditions.

Third, this study explores the shift from the generation of R&B, soul music, and funk to the hip-hop generation.  Besides resurrecting ancient poetic traditions of the bard or griot, and adopting the creative vernacular of black folklore, radio DJs, church preachers, street corner poets, and Jamaican artists, hip hop strikes a more ominous and apocalyptic tone.  As the conditions of the U.S. ghetto deteriorated and worsened into a quagmire of violence, poverty, and injustice in the 1980s and 1990s, rap often turned its stories and rhymes into a mirror image of these pressures and deadly problems.  It became much more troubled, conflicted, and tragic than the R&B and soul grooves of old.  At the same time, the music continued to invoke spiritual and religious themes; in many cases, these themes were fragments of hope to shore up against their potential ruin, against potential nihilism and self-destruction.

Michael Eric Dyson was a major influence.  In his study of hip hop, he offers a window into the complexity and spiritual depth of the music. Contrary to many preconceptions, he has shown that hip hop often represents a profound and agonizing exploration of religious beliefs.  He has shown that many rappers—Tupac, Nas, KRS-One, Public Enemy, Kendrick Lamar, Chance the Rapper, et. al.—use their poetics as an occasion to question and wrestle with God.

The most difficult thing in writing this book was trying to do justice to both the religious views of the soul, on the one hand, and the cultural and musical views of “soul,” on the other.  Though I distinguish between them, there are times when these themes leak into each other like a work of Impressionism suddenly drenched in the rain—the colors, textures, and lines bleed into each other to make an interesting and messy beauty.  The trick was to stress that these two dimensions of soul are distinct but not separate concepts.

One of the most heartening responses so far has to do with the book’s incorporation of personal details and creative, engaging writing into an academic book of this sort.  Since I tried to write this book for a general audience, keeping in mind many of my college students, I wanted to use a more imaginative style of writing than you would find in many scholar studies. And so, the best things that I’ve heard about it so far have to do with the balance that the book strikes between creative writing and intellectual depth.  I do not think that we have to sacrifice either.  I would have to say that my experience in the classroom—at times with 500 students—has taught me how to speak to different audiences without losing scholarly vigor.

My next book project is a further study of hip hop: A Ghetto Theology: The Street Scriptures of Hip Hop. This book will explore the hip hop throughout the Americas, in Latin America as well as North America.  As the title suggests, the particular focus is on the alarming proliferation and growth ghettos throughout the world.  I look at hip hop as a window into ghetto life from Cuba and Mexico to Compton and Chicago.

Alejandro Nava is from Tucson, Arizona, and received his Ph.D. in Religious Studies from the University of Chicago in 1997.  After graduation, he taught for two years at Seattle University before returning to his hometown to teach at the University of Arizona.  His most popular classes concern the intersection of religion, literature and hip hop, some classes numbering over 300 students.  His books include the following: “The Mystical and Prophetic Thought of Simone Weil and Gustavo Gutierrez;” “Wonder and Exile in the New World;” and “In Search of Soul: Hip Hop, Literature and Religion.”

1 thought on “Sifting Through Hip Hop, Literature and Religion: 7 Questions for Alejandro Nava”