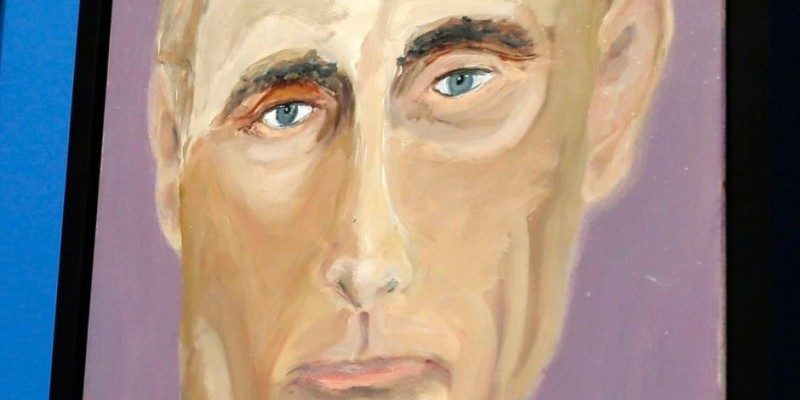 In June of 2001, George W. Bush famously claimed that he had looked into the eyes of Vladimir Putin and “found him to be very straightforward and trustworthy, and we had a very good dialogue. I was able to get a sense of his soul.”

This month, after Putin’s speech on the Russian claim to Crimea and his subsequent annexation of the peninsula, Bush’s comment about Putin (dubbed by the late Christopher Hitchens as “one of the stupidest things a president has ever said”) was recalled by many news commentators.

When asked in 2010 about his laudatory comment about Putin, Bush explained that what impressed him in the meeting with the Russian leader was Putin’s reaction to Bush’s question about the Greek Orthodox Cross on Putin’s jacket. Putin explained that it was a cross that had been blessed in Jerusalem and given to his mother. Putin then told the story of recovering his mother’s cross from a house fire and said that when a worker found the piece of jewelry, it was as if it was meant to be. Bush writes that he remarked, “Vladimir, that is the story of the cross. Things are meant to be.”

And it was this reference to the cross that inspired Bush to say that he had a sense of Putin’s soul.

In Christopher Hitchen’s 2010 remarks about Bush and Putin, the late lamented pundit noted that Russia shows “real signs of imperial nostalgia by increasingly embracing the Russian Orthodox Church once more.”  In Putin’s recent Crimea speech he skillfully invoked the history of Orthodox Christianity to solidify the Russian claim on Crimea:

“Everything in Crimea speaks of our shared history and pride. This is the location of ancient Khersones, where Prince Vladimir was baptised. His spiritual feat of adopting Orthodoxy predetermined the overall basis of the culture, civilisation and human values that unite the peoples of Russia, Ukraine and Belarus . . . Colleagues, in people’s hearts and minds, Crimea has always been an inseparable part of Russia. This firm conviction is based on truth and justice and was passed from generation to generation, over time, under any circumstances, despite all the dramatic changes our country went through during the entire 20th Century . . . Crimea is our common historical legacy and a very important factor in regional stability. And this strategic territory should be part of a strong and stable sovereignty, which today can only be Russian.”

For Putin, a former ardent Communist and KGB officer, to speak of the baptism of Prince Vladimir and his “spiritual feats” as the basis for his claim to Crimea is strange indeed. But it is, in fact, no stranger than the remarkably similar claims to the West Bank  made in the past few years by Israeli Prime Minister Benjamin (“Bibi”)  Netanyahu, former Israeli military commando and arch-secularist.

For Netanyahu the areas adjacent to Jerusalem that the Israelis annexed after the 1967 War are what Crimea is to Putin’s Russia: the “ancestral homelands.” As CNN reported from the 2010 AIPAC Conference:

A year later in 2011, Netanyahu addressed a joint meeting of Congress. During that speech he received twenty-nine standing ovations. Perhaps the most enthusiastic of those ovations were for this assertion: “recognize that in a genuine peace we’ll be required to give up parts of the ancestral homeland. And you have to understand this, in Judea and Samaria, the Jewish people are not foreign occupiers.”

As one reporter for Salon.com noted, “This point, which drew particularly raucous applause, is at odds with international law. ‘Judea and Samara’ is a loaded term favored by the right-wing in Israel that basically refers to the West Bank, which has been ruled by the Israeli military since the 1967 war.”

But Vladimir and Bibi, supported by legions of “true believers,” don’t seem bothered by the norms of international law or the dangerous history of linking territorial claims to religion. The future, as they see it, belongs to the past.