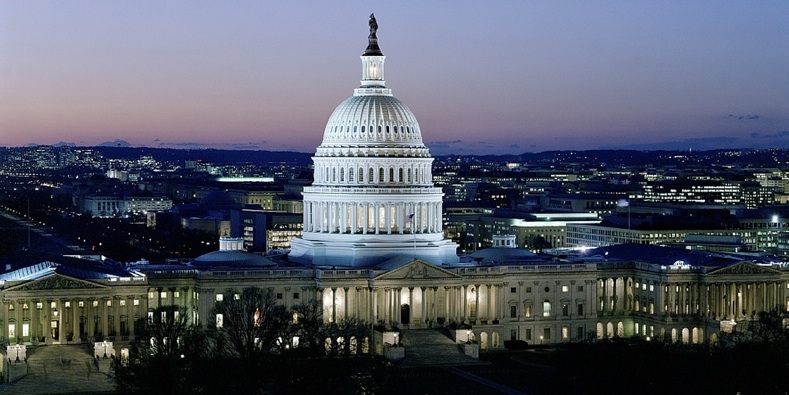 I recently read this potent entry in Thomas Merton’s final journal from March 20, 1968.

Incredible things in the news. New laws (in New York) permitting police to shoot to kill if they even suspect someone might be carrying a weapon. Or if they resist arrest! Rumors of prison camps being prepared for the summer rioters (probably with some basis of truth). Utter corruption and hopelessness of South Vietnam, where the Americans are really being beaten–but where they may resort to tactical nuclear weapons. A sudden (late) awakening of Congress to the gravity of the situation, the lies they have believed (Tonkin Gulf incident, Pueblo incident), the mistakes they have made. Even the general public is perhaps beginning to get some idea of the enormous wrong that has been done by the Johnson administration. The country itself is almost on the verge of economic crisis. One gets the sense that suddenly everyone–including business (Wall Street Journal, etc.)–is waking up and trying to prevent a disaster before it is too late.

I have never had such a feeling of the strange madness that possesses this country. And yet there is still some hope–not based on reason but on a basic good will and a luck that might still hold. Or is there a basic good will? Has it all been mortgaged to a police state? Are we already there? We may be!

Within several months, Dr. Martin Luther King Jr. and Robert Kennedy were both assassinated, President Johnson announced that he would not seek a second term as US President, the Democratic Convention exploded in Chicago, and Richard Nixon was elected to the White House. The times were not a-changin’.

It was a fiery and an apocalyptic time. One thinks of the Vietnam War, the carpet-bombing and napalm. One thinks of the Cold War and the nearly continuous reflection on nuclear Armageddon–“mutual assured destruction,” in the sad parlance of diplomacy. Closer to home, one thinks of the Civil Rights Movement, the profound political response to black bodies hanged and burned in the era of Jim and Jane Crow, of street protests and of protestors gunned down in those same streets, of extensive riots and blind rage and entire cities gutted.

What strikes you most is the contemporary echo of these things. Those times can seem almost eerily like our own. I’ll begin where Merton did, with the national security apparatus, starting first with our highly draconian policing regimes. The new laws about which Merton expressed such shock and concern are mirrored in such tactics as the stop-and-frisk regimes which have become the targets of particular concern for civil rights activists nationwide, and deservedly so.

And then there are the prison camps to which Merton hauntingly alludes. As we now know, the Reagan era presided over the most extraordinary construction program of new prisons in the nation’s history. “Build it and they will come”: such prisons require occupants to justify their existence (and, now that some have been privatized, to turn a profit). Thus, this new prison-industrial complex resulted in the creation of a new underclass–we might reasonably call it a sub-class–of persons who are cycled endlessly in and out of the system. The majority of these persons are young men of color. And repressive drug laws provide the primary justification for all of this.

In 1968, the two main political parties in the US were undergoing a serious re-shuffling, a re-definition of political identity and political priorities, then as now. The culture wars were a flash point, then as now. In response to the chaos of the 1968 Democratic Convention, the Republican nominee, Richard Nixon, made Law and Order the mainstay of his campaign. At his acceptance speech at the 1968 Republican Convention, he referred to “the first civil right,” namely, an American citizen’s right to feel secure in his or her own home. The unapologetic new policing regime was to be the cure. That Donald Trump should revert to this same tactic does not surprise; he is appealing to the same shrinking coalition base.

As Naomi Murakawa has shown in a brilliant book that draws its title from Nixon’s speech (The First Civil Right: How Liberals Built Prison America, 2014), the Democratic Party quickly concluded after Nixon’s landslide victories that it needed to take the security issue away from the Republicans. Party leaders engaged in what she equates to a bidding war over national security. If you want 500,000 new police, we want a million. If you want the death penalty for fifteen different crimes, we propose forty. If you want five-year minimum sentences, we want twenty. If you are concerned with recidivism, we propose the “three strikes rule.” And so on. These Realpolitik trade-offs, which ignored the rights, and the lives, of American citizens, culminated in the notorious Crime, Immigration and Welfare Reform bills signed into law by President Bill Clinton. In the new context of “Black Lives Matter,” these legal regimes have haunted Hillary Clinton’s campaign, again deservedly so. The Bernie Sanders phenomenon is a significant measure of the need for political realignment on the left.

The perceived state of war which the rhetoric (and the regimes) of the drug wars unwittingly exacerbated, has now culminated in the tragic entrenchment and stand-off we witnessed most recently in Dallas and Baton Rouge. Assassination as a form of politics is a terrifying and recurrent aspect of American life.

And then, of course, there is the war–or rather, wars. If we read Merton’s grievous analysis of the Vietnam War, and substitute Iraq and Afghanistan for Southeast Asia… and if we read Merton’s damning indictment of the Democratic President Johnson’s conduct of the war, and substitute President Obama’s conduct of a new and different kind of warfare… then the parallels are especially haunting. Perhaps most striking is the anti-democratic refusal of the US Congress to insert itself forcefully into questions over the conduct, extent, and purpose of these wars. Contrary to the Constitutional mandate, the US Congress has not declared war in a single instance, from Vietnam until now. Instead, it has ceded extraordinary powers to the Executive branch, under the aegis of “police actions,” with entirely too little congressional oversight. We have trusted the Executive branch, in tandem with the Pentagon, to conduct their wars in secret. These are thus highly irregular “wars” which produced, among other things, the CIA torture regime which the US Senate only belatedly investigated and condemned. Too little, too late.

To be sure, the need for, and the desperate concern about, national security is a primary interest of every federal government. And the 9/11 attacks did, in some ways, announce a brave, bad new world. The recent events in Paris, in Brussels, in Orlando, in Istanbul–and now in Nice–break the heart. But lying behind all of this is a fundamental truth to which the American people simply must awaken: Invading Iraq was a ghastly mistake. President Obama ran his first campaign on that central contention, then gradually backtracked when he entered into office. Eight years later, we live in a world that is not significantly different for the world he came to know as president.

The balance of the need for security and the protection of civil liberties is always a delicate one, and involve politicians and the electorate in a very delicate dance. The problem is there is nothing delicate about our current policing regimes, at home and abroad. Quite the opposite.

That said, we might in fact be much safer under these regimes; we simply have no way to assess this. That is the problem with secret policing regimes; there is no data, just the awful impression with which the news leaves us all-too-often, these days. The result is an election season in which emotion has trumped argument; Twitter is the medium. In this context, it is both imprudent and anti-democratic simply to rely on the word of unaccountable government officials and military leaders to make these assessments on our behalf.

It is here that Merton was at his most prescient and prophetic, viewing all of this from the comparative sidelines of the Abbey of Gethsemani in the hills of Kentucky.

I have never had such a feeling of the strange madness that possesses this country. And yet there is still some hope–not based on reason but on a basic good will and a luck that might still hold. Or is there a basic good will? Has it all been mortgaged to a police state? Are we already there? We may be!

Are we already there? And if so, is it too late to change course? This should have been a primary question for both parties in their conventions, as they considered what the next generation’s coalition will look like, and what forms of justice and security they wish to promote, both at home and abroad.

Louis A. Ruprecht Jr. Is the inaugural William M. Suttles Professor of Religious Studies, and the Director of Hellenic Studies, at Georgia State University. The second edition of his latest book, Policing the State: Democratic Reflections on Police Power Gone Awry, in Memory of Kathryn Johnston, was released in 2015 with a new Afterword on “Policing the State After Ferguson.”

1 thought on “Political Realignment in Terror-Times”