Lale to Me: Tulip to You 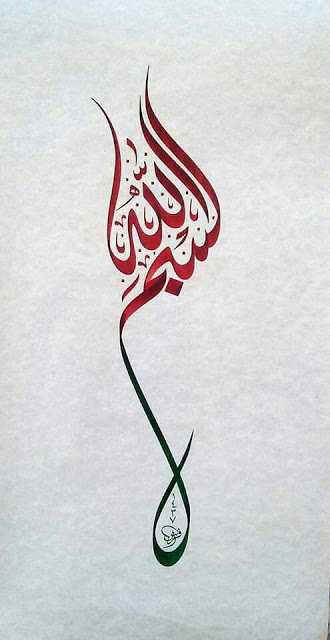 Here comes Easter and with it, the many tulips. The tulip is now so embedded in this rite of Spring that it would surprise many Christians that its specialness originates with followers of Islam from Turkey and Iran. It has been a dominant and recurring image on prayer rugs, tiles, and fabrics crafted in these regions since the beginning years of Islam.

The tulip is said to have been introduced to the West by Ogier Ghiselin de Busbecq in 1554, who was then the ambassador representing the Holy Roman Empire at the Ottoman Court of Suleyman the Magnificent. He wrote that a flower he saw while passing through a district on his way from Adrianople towards Constantinople was called tulipam. His guide, in an attempt to explain the flower to him, compared it to a tulband, the Persian and Ottoman-Turkish word referring to the turbans worn by men in Ottoman Turkey.

In fact, the name of the flower was lale, which comes from the word lal meaning red in Persian. Renaming it might not have been an obvious part of Busbecq’s agenda, for surely an ambassador has more on his mind than flowers, but it coincided with the passion of the time: possession. Busbecq began to transport the lale’s bulbs as rare novelties for Ferdinand I’s gardens in Vienna and Prague, popularizing this new name, and with it erasing the flower’s local legends and Islamic past. 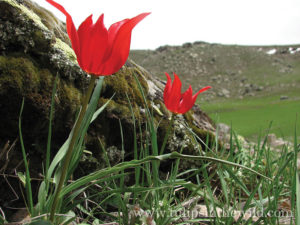 The lale (most likely tulipa armena) noticed by Busbecq on that day is a flower with vivid scarlet, lance-shaped petals, five or six, pointing upwards. Their uneven edges overlapping one another, a startling blotch of black—its corolla. The lale spreads itself widely and wildly out of Persian Khorasan, up through the Pamir-Alai mountain ranges in Central Asia, across Mazar-i-Sharif in Afghanistan, and along the eastern Anatolian region of Turkey. 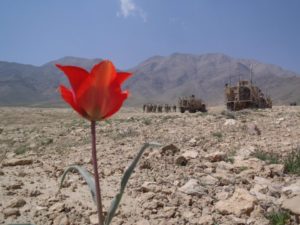 Its vivid red hue is of significance to Muslims living in these parts of the world because it is a reminder of the story of Karbala. In this story, recounted sorrowfully countless times throughout Islamic literature, oral traditions, and poetry, the Prophet Muhammad’s grandson Husayn was martyred by the military forces of the Umayyad caliph Yazid in the desert of Karbala. It is said that after Husayn was martyred, his blood rained upon the desert and left the lale lushly blooming red. 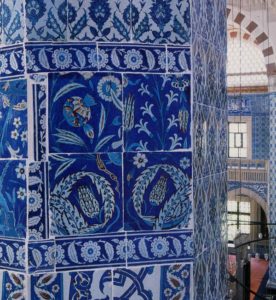 In the Islamic tradition, the lale came to symbolize remembrance of Allah. The depiction of its petals is painted upon tile work pressed into Ottoman-era Masjids, evoking, as the Turkish say, the calligraphic form of the word Allah. In Persian and Urdu folklore and poetry dating back to the tenth century, a red lale would symbolize burning love, with its black corolla representing the heart of the lover, burnt to ashes, obliterated by passion. The Mughals planted gardens filled with lale, called lal-zaar. This term for an entire garden overflowing with ruby-colored petals is used idiomatically in Kashmiri to refer to one’s beloved. In Afghanistan today, the lale’s rich bloom draws crowds of people in Spring to the green plains and hills surrounding the city of Mazar-i-Sharif to celebrate Nowruz, the New Year. 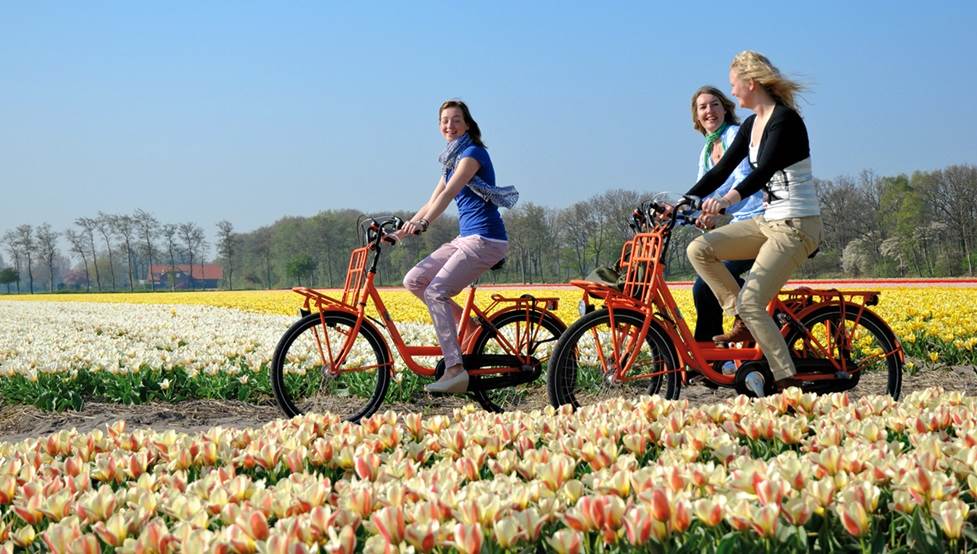 In the popular imagination of the West, the thought of a festival celebrating this flower immediately conjures an image of the tourist-trodden “tulip” fields of the Netherlands. Not only is the Netherlands known for being the largest exporter of tulips in the world, where thousands of varieties are bred, bought, and sold today, but also for its integration of  the “tulip” into the Dutch cultural narrative and national identity. The prevalence of the flower’s images in Dutch paintings, furniture, vases, and other ornaments consolidates this identity, and the variety of its colors and strains are celebrated today as an edenic welcome to springtime throughout the Western world.

When the lale entered the West as the “tulip,” it became a status symbol to the European elite not for its colors and variability, but for its exotic resemblance to “a Turkish man’s headdress.” Its other-worldly nature formed the essence of its value; a single bulb could cost up to thousands of guilders, for the lale brought about such madness that according to legend, it eventually undermined the entire Dutch economy.

Tulip was/is the name imposed by the same entitlement as the one that deems an entire people “uncivilized,” their names Mohammedans not Muslims, terrorists not refugees, refugees not people. Irony abounds in that the tulip, so wrapped up in Dutch identity, belongs to a people and a set of beliefs that the Dutch seem to find repulsive in today’s political climate.

The desire to possess what is not yours never seems to end.

Alizeh Ahmad is from Dalton, Georgia. She is a graduate of Harvard Divinity School and Emory University.