Islam and The Americas: 7 Questions for Aisha Khan

In our interview series, “Seven Questions,” we ask some very smart people about what inspires them and how their latest work enhances our understanding of the sacred in cultural life. For this segment, we solicited responses from Aisha Khan, editor of Islam and the Americas (University Press of Florida, 2015). 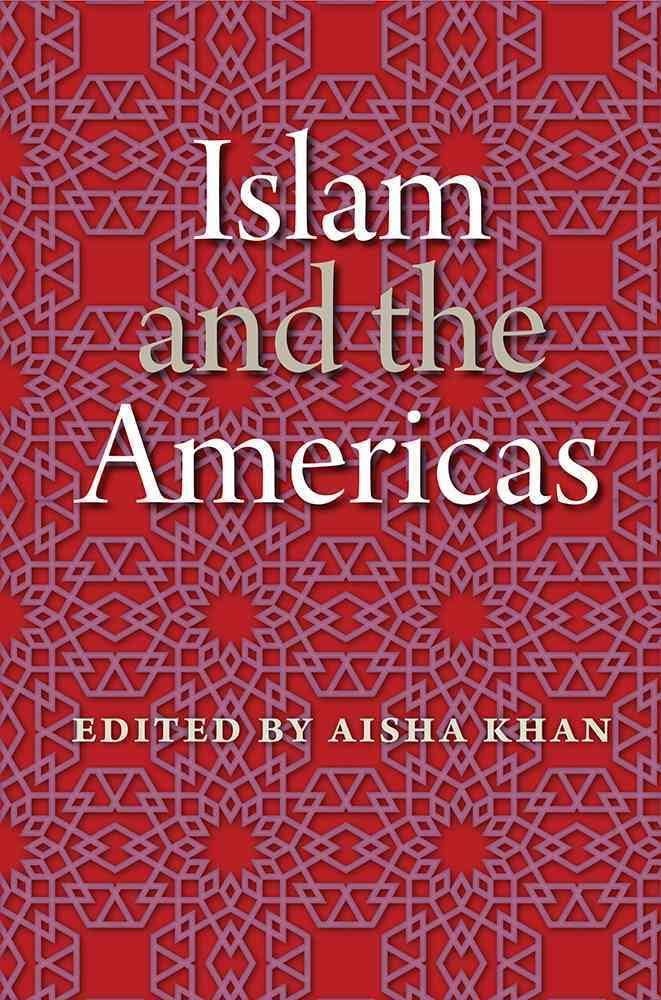 There are three sources of inspiration that engendered the Islam and the Americas collection. The first is ethnographic, or the lived experience of everyday life, based on my years of field research among Muslim and Hindu communities in the Caribbean region, primarily in the Republic of Trinidad and Tobago. During my research for my first monograph, Callaloo Nation, I was introduced to Muslims’ on-going, thoughtful discussions about how to understand Islam in the Caribbean region, especially in terms of its diverse origin points (West and Central Africa, India, Middle East); its regional history of interrelationships with Hinduism and Christianity; and the increasingly significant generational shifts in interpretations of Islamic canons. For my interlocutors, the practices of piety were an important concern. Another source coming out of my ethnographic fieldwork was the more than occasional chafing of religious practitioners’ commitment to ideas about identity being essential or inherent against the academic premise that identities are socially constructed. If scholars want to better understand religious identities and commitment, we need to apprehend the reasons and motivations why practitioners embrace ideas that we interpret as diverging from our own, perhaps adversative positions. The vernacular has its own logics and rationales.

The second source can be thought of as political. Although the conflation of “terror” and Islam predates the west’s post 9/11 era, this moment fostered and cemented ideas about the homogeneity of Islam, which fit with its stereotype of a uniformly negative character. This discourse derives from forms of racism and xenophobia that have older counterparts as well as new formations. It seemed to me that an effective way to challenge these presumptions is to show the heterogeneity and context-contingent nature of religious belief and practice in relation to its doctrinal principles, and to query the ideologies and relations of power that fuel stereotypes.

The final source that sparked my ideas for this book is academia. I have been struck by the tenacity of debates about “modernity” and “tradition” in relation to Islam—for example, the writings of Lawrence Harrison, Benjamin Barber, and Salman Rushdie, among many others, and critiques by such thinkers as, for example, Talal Asad. Those committed to this long-standing dualism seemed to me to be trapped in the either/or of a conceptual framework that asserts a certain stance but does not advance specific knowledge. This “tradition/modernity” optic also stimulated my interest in the relationship between Islam’s “Old World” of the Middle East, Africa, and Asia, and its “New Worlds” of the Americas. I wanted to explore the historical, cultural, and epistemological bridges between these worlds that Islam constitutes, as well as the ways that Islam is a medium that interlocks Old and New worlds while contributing to their creation and transformation. This collection approaches Islam as both of the Americas and in the Americas, as both creating and created by this hemisphere.

As an anthropologist, I approach religion as an interpretive category that people live through, with, and against as they engage the pressures and pleasures of life. I don’t approach religion as a “thing,” but rather as a particular mode of interpreting certain kinds of life experiences, one that has attached to it a historical genealogy, a structure of feeling, and internal contradictions. One interesting question is whether something that we take for granted to be “religion” can be thought of in other terms, as a different kind of phenomenon viewed through another interpretive category. The only thing that is self-evident about “religion” is when its own canons dictate as much. But they rarely, if ever, do so without some form of contestation.

Again reflecting my anthropological training and ethnographic orientation, I think of the sacred as what people say it is, and also what they say it isn’t. In this sense the sacred is a dialectical and storied concept that is variedly put into practice. Notions of “the sacred” per se do not figure prominently in the cases in this book, and when present they reflect the worldviews of the Muslims who give it meaning and significance. There are implicit understandings of the sacred that cross the historical, cultural, and social boundaries of these diverse localities, such as the iconic sacredness of the Prophet Mohammed. That is a given which is understood and uncontested, but its ubiquity may not require foregrounding in the array of ways that Muslims in this book make their religious lives and thus their way in the world. Religion need not be centered on premiums put on “the sacred,” which may be more an artifact of western epistemological models than the expressions of lived experience. One could argue that sacrality, in the cases exemplified in this book, is expressed through concerns about identity construction and forms of social justice.

I would like readers to apply the particularities of these case studies to a more general worldview about the other. I hope readers take away an appreciation of diversity not simply as lots of religious and other forms of “difference” that abound in the world (and now seemingly more than ever, given transnational migrations and diaspora). Rather than understanding difference as self-contained and bounded unrelated phenomena that co-exist (and tolerance as simply keeping the boundaries fair), difference is instead necessarily created and sustained only in relation to all others. In this sense, difference is always inter-dependent and thus, contingent upon context, possibly a unifying force.

I would like readers to gain a greater appreciation that the work of labels and other interpretive categories includes implicit predictions about who those labeled allegedly are. They work as stereotypes that assure us that we already know a group, a community, or an individual before we have face-to-face or other personal encounters—thus we ostensibly don’t need to have them. Although sharing some important common denominators of belief and practice, Muslims come in many forms: they have at least a half-millennium presence in the Americas and hail from numerous parts the globe. We cannot know someone before we know them; if we hold to that principle, it’s harder to hold prefigured preconceptions.

Finally, it is my hope that readers gain an understanding of the ways that Muslim practitioners use Islam as aspiration and as method to achieve equality and justice, whether gender, race, class, etc. Islam and the Americas shows that Islam, like all other religions, is not simply oppressive, an “opiate” of false consciousness, aggressive, or anti-modern. It is, instead, a multi-textured worldview, a window into history and society.

Treatments of Muslims in this hemisphere are not numerous, even now. One of my guides has been the work of Talal Asad, whose deceptively simple question, “how does power create religion?,” started me on my journey of looking at religion in material terms: as necessarily interlocked with other dimensions of culture within unequal relations of power. But even prior to this I have been inspired by such thinkers as Malcolm X and Martin Luther King, Jr., who presented an intertwined commitment to religion and to social justice. As significantly, I have long been inspired by the practitioners of the indigenous, or creole religions of Atlantic world, where multiple realities, beings, and forms of animated agency co-exist and co-depend. These traditions serve as important reminders that “religion” is an interpretive category with a situated history, and that even the idea of “religions” can box in non-western, non-Enlightenment interpreted “religious” traditions.

It is always challenging to balance observer and observed; in other words, to present local vernaculars while still maintaining theoretical generalizations that yet don’t homogenize the particulars into one-dimensional profiles. Related to this is the care that must be exercised in order to present local opinions as logically meaningful to those who hold them, and not as misguided understandings. Also challenging is to present Islam/religion as not consisting of a domain in itself while not losing what is special about it.

It might be too soon to tell a story about the unexpected, but as of now the most common response has been excitement that research on Muslims and Islam throughout the Americas is expanding its subject matter and time periods. The interested public as well as scholars and students are eager for more work of this kind to be focused on the western hemisphere, including but also extending beyond the optic of the United States.

I have received a couple of fellowships to support my current monograph project, which is a comparative study of two fascinating yet under-studied Caribbean religions. My theoretical focus explores how, beginning with the modern era, religious identities have been entwined with ideas about race, lending particular kinds of materiality to religion and particular kinds of agency to race. It’s a book that has numerous moving parts: multiple historical moments, epistemologies, and relations of power, as well as diverse practitioners. Like Islam and the Americas, it is interested in looking into the conceptual building blocks of New World religious traditions as they are formed into, and lived as identities within the changing relations of power that constitute our notions of self, other, and belonging.

Aisha Khan is Associate Professor of Anthropology at New York University, and is affiliated with NYU’s Center for Latin American and Caribbean Studies and the Hagop Kevorkian Center for Near Eastern Studies. She teaches about race and religion, focusing on the Atlantic world and its Asian and African diasporas. She has published numerous articles and edited volumes, as well as the monograph Callaloo Nation: Metaphors of Race and Religious Identity among South Asians in Trinidad (Duke University Press 2004).