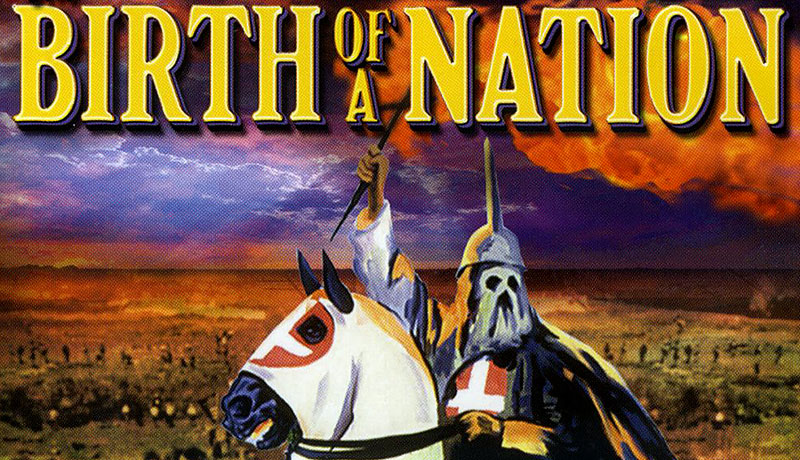 Cut up D. W. Griffith’s The Birth of a Nation and it bleeds a little. Rearrange the pieces, as Griffith so expertly cut up film sequences, and put them together in new ways. Splice it into histories, the stories of photography, race, literature, the KKK, bodies, film technique, and it comes out looking different. But it’s gonna bleed. 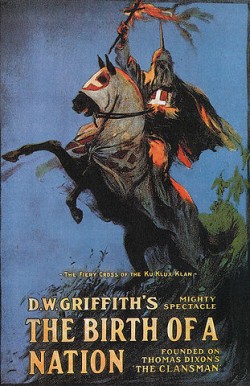 The following articles are such cuts, such incisive interventions. They will be posted by Sacred Matters over the coming weeks as part of a new series, but all had their beginnings as presentations at the American Academy of Religion annual meeting, held in Atlanta, Georgia, in November 2015. I remember waking up the morning of the presentations and looking out the window from the high-rise hotel in downtown Atlanta: there above the Piedmont plateau in the orange glow of the sunrise was Stone Mountain. Cut into the massive rock dome are the visages of Confederate heroes, leaders in the U.S. Civil War. Stone Mountain was to be the site of the revival of the Ku Klux Klan, a revival spawned in part by The Birth of a Nation. But our centennial marking was no celebratory picnic. Of course Birth was cut up from the get go, Griffith pulling from pieces of history, culling new tricks of filmmaking, borrowing from Thomas Dixon’s novel, from experiences as a showman. And after it was made the film was used as a recruitment tool for the Ku Klux Klan, just as it became the first film to be screened at the White House, and its editing techniques were praised by montage masters of Soviet Cinema like Sergei Eisenstein who saw revolutionary power in the editing. For all the blatant racism of the film, for all the rewritings of history, Griffith’s film has proved mythic in its reception and influence. So what’s left to do with it? Maybe we can cut up Griffith’s film like D.J. Spooky did with his “remixed” Rebirth of a Nation. Or like Oscar Micheaux with his own historical cut ups in Within Our Gates. Take it. Sample it. Cut and paste. Turn it into a dada poem, á la Tristan Tzara, and twist and shout. Or we can work deliberately, in a humanistic vein, and use it as a critical case study, ponder the connections of aesthetics and ethics, come against questions of veracity, of telling history, of words and images, of bodies and their material histories, of politics and religion. Like all myths, it’s gotta be retold. Rip. Mix. Burn.

“A Dreadful and Improbable Creature: Race, Aesthetics, and the Burdens of Greatness” — Judith Weisenfeld

“Cannot tell Aught but the Truth: Photography and Birth of a Nation (1915)” — Rachel McBride Lindsey