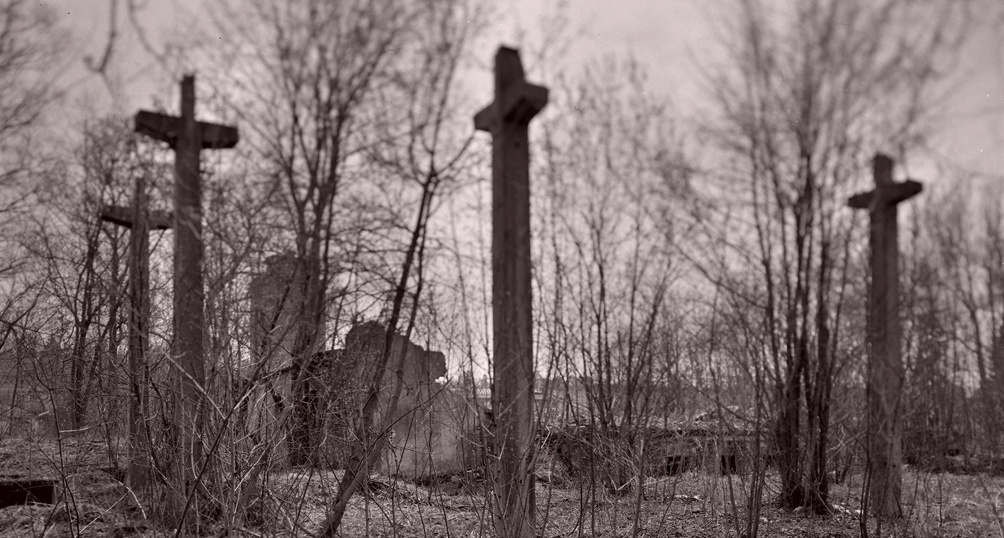 Jason Francisco received his MFA in Photography from Stanford University in 1998 and is presently an Associate Professor of Film and Media Studies at Emory University. Professor Francisco’s photography spans a variety of subjects and themes, but several of his ongoing projects examine the complexities of memory and loss in Eastern Europe, particularly memory and loss related to the destruction of Eastern European Jewry as part of the Holocaust. Some of Jason Francisco’s projects have been running for almost a decade, if not longer, continuously being updated, reimagined, and re-theorized when he revisits Eastern Europe. Francisco wrestles with loss and memory of Eastern European Jewry in part by photographing “sacred sites” in the conventional religious sense, such as former synagogues and Jewish cemeteries. However, genocidal sites related to the destruction of Jews during WWII pose an interesting question: in what sense can “sacred” be understood in relation to sites of genocide and atrocity? He addresses this question and others in an interview with Matthew H. Brittingham, a PhD candidate at Emory and associate editor with Sacred Matters.

Matthew H. Brittingham is a PhD candidate in Religion (Jewish Religious Cultures) at Emory University and an Associate Editor at Sacred Matters. He studies popular culture in American Jewish history, with an emphasis on popular books and newspapers in Yiddish.