A Conversation with Be Zero’s Andrea Sanders

Relationship(s). This is the summation of my conversation with Andrea Sanders, founder of the non-profit organization, Be Zero. Be Zero aims to inspire, educate, and activate “individuals to dramatically reduce their plastic and trash footprint to create sustainable and mindful habits.”[1] As a self-identified, hyphenated scholar, (part) of my identity is defined by my relationship with the academy and my life outside of it—literally and figuratively. I am at my best—relationally, academically, physically, and mentally— when time outside punctuates my scholarship. Time spent away from my desk is spent training for long distance triathlons, evoking indebtedness to roads, trails, bikeways, and vast bodies of water. On bike or on foot, I quickly learned that my relationship with the world around me was incomplete.

I came to Be Zero roughly one year ago but have only recently considered myself a “Zero Waste Advocate.” Sanders’ mission is both relational and sacred, thus I will discuss, observe, and write about the “relational sacrality” that supports the Be Zero movement and Sanders’ personal mission. Relational Sacrality, defined for the Be Zero movement, admits that sacrality occurs and erupts out of our relationship(s) to each other, our consumption, our waste, and our world. Be Zero is a mindset more than a movement, according to Sanders. The possibilities for relational sacrality are boundless and endless; encouraging new philosophies on value, meaning making, community, and creation. Relational Sacrality opens possibilities for understanding ourselves and an active, sacred relationship that promotes change rather than acceptance. In a recent interview with Sanders, the promise for relational sacrality bloomed and confirmed relational sacrality as an activated, engaged, community oriented, self-driven philosophy erupting from the very center of what it means to talk about and “be” zero.

Our interview organically divided into three sections: The Self, The Sacred, and Sharing. Andrea opened our time by sharing part of her journey, how she was called into this relational sacrality, and how she hopes and plans. Our time then turned to discuss the sacred: relationality to religious adherence, movement away from organized religion, and the sacred in the world around us. Finally, room was saved at the end to share and exchange thoughts and ideas. Andrea’s interactive energy created a lively atmosphere that allowed for safe sharing and engaged listening.

Andrea Sanders comes from the salt-water hub of Florida. It is here that she found her voice as an actively engaged environmentalist.  From an early age, she was endowed with an activist’s mind with a heart for the planet; volunteering, teaching in zoology or marine fields, and working as an environmental educator off the gulf coast. Coinciding with her work in activism, Sanders began to learn, and eventually teach, meditation. She studied and practiced Tibetan Buddhism while simultaneously educating others about the environment and mindfulness. This intersection of Eastern practice and environmental concern, gave rise to the early formations of what is now “Be Zero.” Sanders discovered the synchronicity between Ecology and Buddhism and Be Zero was the product of that environmental and religious meshing.

The birth of the religious and environmental intersection began the relational movement for Sanders. She sought to bring and develop relationships between herself (and others) and the biosphere. She hoped to bring community members into this conversation and dialogue about waste reduction using the cultural capital that she gained throughout her life so far: ecology, meditation, and activism.

After Florida, Sanders found herself in Seattle, Washington before moving to Denver and eventually to Boulder, where she currently resides. Her geographic location and the amenities in Boulder to thrive as a “be zero” lifestylist have summoned sustainability to the community. However, Sanders has found it difficult to reach the residential demographic of this tourist town, noting that sustainability is often an accessory with little to no drastic effort underneath the façade to make change. Much of the work Sanders does requires participation and collaboration; she wants to make change, and change requires people and action.

Despite initial difficulty engaging the local community, Boulder has proved to be a lively place for the “Be Zero” hub. With farmer’s markets, local artisans, bulk grocers, and waste-less markets, there is plenty of room for growth, change, and relational sacrality with the planet. 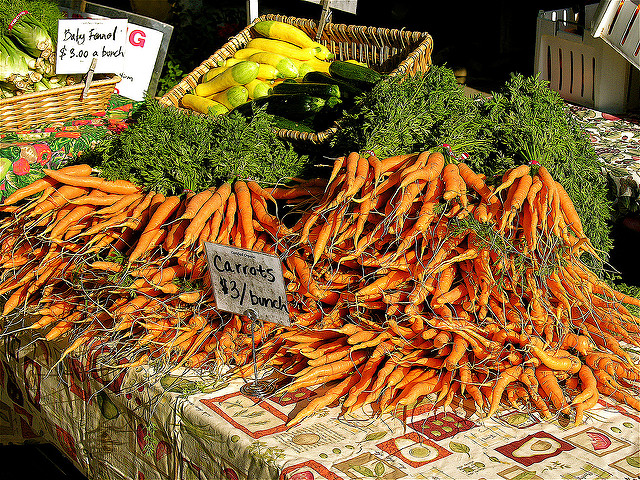 Having hinted at her practices with meditation and mindfulness, as well as her training in Buddhism and studies of the tradition, the segue to the sacred was relatively easy. I began with a question: “Do you see sacrality or sacred things in this movement, and how would you (if at all) define your relationship with religion in your work?” Immediately, Andrea said: “The movement is not another thing to do, but another way to be. That is sacred.”

Her practices in Buddhist meditation initially led to the commingling of ideas regarding mindfulness and waste, however, over the course of her studies, she began to shy away from organized religious practice. While she was once seriously engaged, she began to find herself moving away from dogma and ritual praxis and into a self-actualization of simply “being.” What is sacred is “paying attention to the relationship that I have and the wonder of the world.” By moving into a better relationship with her-self, Sanders found sacred in relational re-framing. By this she means re-framing her understanding of her-self and the world as a relationship, not as linear, activist engagement.

As our conversation progressed, so did Andrea’s engagement with “the sacred” as a posed question. As she thought through this, the ways in which she articulated the relationship between the sacred and Be Zero resulted in poetic resonances. “The sacred,” she said, “is the way that we can witness and hold the world and our surroundings in a beautiful way that is flexible, dynamic, and not as rigid… the structures of sacred and mindfulness serve as a different way of telling the story.” Andrea found that while the structured, rigidity of “organized” Buddhist practice no longer served her, the essence of her studies and utilization of mindfulness, allowed her to re-frame her mindset on waste and value.

The longer Andrea and I stayed on the topic of “sacred,” the more I began to understand the short-sightedness of my question. For her, and for this movement to work, there exists a dynamism between people and the planet that can only be described as relational. Andrea’s mission is not to call people into a trash-less movement, provoked by environmental crassness, eco-guilt, and single-use shaming. Her mission and goal is to “get people to develop relationships between the world around them in ways that they have never done before.” She hopes to draw people in and encourage them to “find a way to see their relationships in a way that [allows] them to understand that our world is holding us together.” Sanders wants these relational experiences to “grow legs” and continue to emanate like ripples in a pond—a metaphor she described with great care. “How can [our relationships] be meaningful, beautiful, inspirational, and joyful,” Sanders boldly stated and inquisitively wondered. Be Zero is a relational experience between the participant, the community, and the world as much as it is a call to arms. The sacred, and the experience of the sacred, is about centering ourselves in a way that calls us to pay attention—look, listen, see, and experience—the world we are inhabiting and the ways in which we can draw ourselves closer into relationships with others and our planet.

The final few moments were set aside for free speech and sharing that captured the beauty of our newly formed relationship. Andrea ended our time discussing key components of this relational movement.  Revolving around understanding relationships between people and how these relationships function in sacred ways, her key points were value placement, resourcefulness, and relationships. The underlying component (besides relationality) in each of these was value. Andrea stressed that the movement or rather, relationship, is not about check lists or perfection. The Be Zero mindset aims to inspire others to place value into things and people. It is about instilling people with value: knowing where our food comes from, valuing our resources, and carefully considering our product purchases and consumption habits. Be Zero is not about doing everything. There will never be a “perfect” state of social consumption, but “seeing [and believing] that this movement is for you and watching it play out” remains the goal.

At the close of our time, I asked: “How would you define Be Zero in one sentence.” Be Zero, Andrea confidently stated, is not about “making less trash.” Our conversation consistently revolved around relationships and relationality, and her final remarks were no different: “Be Zero is about wanting people to think, and be curious, and pay attention. Be Zero is not about feeling burdened by making trash or being mindful; it is about always thinking about what to be mindful of.”

Relational Sacrality is but one way to define and understand the work of Be Zero and the work of Andrea Sanders. She sees a future that embodies a value-laden philosophy of activated engagement that is both relational and sacred. Be Zero revolves around symbiotic relationships with the world and its human inhabitants. As we begin to think more about Be Zero, we must consider what relational sacrality can and should look like. Our symbiotic relationship with the world and our synchronicity with each other draws us into relationships, towards the sacred, and into “being zero.”

Madison Tarleton is a recent graduate of the University of Denver’s Master of Arts program in Religious Studies who is pursuing a Ph.D. at the University of Denver/Iliff School of Theology’s Joint Ph.D. program in Religion. Her research combines her love for art history and religion. She focuses specifically on the intersection and overlap between early Christian anti-Judaic artwork and later Germanic anti-Semitic artwork. Through this historic framework, she studies the progression between these two ideologies and trace their beginnings, impacts, and trajectories through the thematic lens of a central sacrificial figure.