In our interview series, “Seven Questions,” we ask some very smart people about what inspires them and how their latest work enhances our understanding of the sacred in cultural life. For this segment, we solicited responses from Mark Sedgwick, author of Western Sufism: From the Abbasids to the New Age (Oxford University Press, 2016) 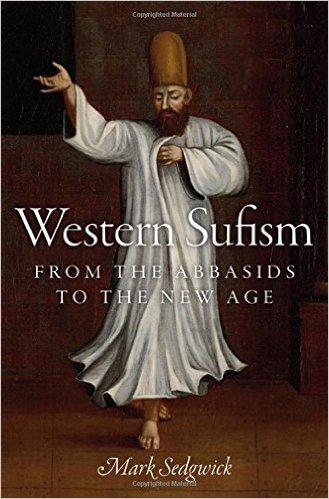 I wrote my first book about one aspect of Western Sufism, Against the Modern World, in 2002-03. It was published in 2004. Since then, initially in response to various requests, I’d written a number of papers and articles about various other aspects of Western Sufism. People always seemed interested in these, so I thought I would try to put the whole picture together in one place. A number of other scholars have written about individual groups within Western Sufism, but nobody had really gone for the big picture. I thought that would be interesting, and it was. There turned out to be quite a lot of gaps to fill, but once they had all been filled, the big picture began to make sense.

How to define religion is one of the questions that is in the background throughout the book, not so much for me as for the people I am writing about. And given the difficulties they all had, I did not want to add more by attempting a definition of my own! The book begins in late antiquity, when there is something called “philosophy,” but not yet anything called “religion.” Once there is something called “religion,” the proper relationship between it and philosophy is something that concerns early Christians, then early Muslims (including those among whom Sufism emerged), and then also Jews in Muslim Spain. And then it re-emerges in different ways to concern some European intellectuals from Spinoza onwards, and this concern is one of the things that shapes the Western understanding of Sufism, and so Western Sufism itself when it finally becomes an organized reality. By then the original question has been re-expressed in various ways, one of the earliest of which is the pair of esoteric and exoteric, and one of the latest of which is the pair of religion and spirituality. Along the way we have Sufism as “spiritual liberty,” part of the title of Inayat Khan’s key book, published in London in 1914. Sufism is also understood as esotericism and, of course, as spirituality. Rarely is it understood as religion, except by those who see it as the key to religion.

Sufis are, of course, always on a search for the sacred. They understand the sacred in various ways, but the classic starting point is the starting point of everything—that is to say, the One of Neoplatonic philosophy, from which all else emanates. This is why my book has to start in late antiquity. But as well as various formulations and reformulations of the One, this is also what some call the mystical experience. Quite what this is, and how the term “mystical” comes into use and what it means, are also concerns of the book. Of course, as a modern scholar I know that the mystical experience is constructed. But even so I wonder quite what it is that so many people in such different times and places experienced that they then found fitted so well with the idea of the One.

One point that is important is that Western Sufism is not something new and “New Age.” And actually the New Age is not that new, either. One of the periods that was important for the development of Western Sufism was the so-called “new age,” and one of my favorite Western Sufis, who was then in his seventies, noted at the time that what was new was that suddenly lots of people were interested in things that for most of his life hardly anyone had been interested in. And those things were anything but new, going back to the seventeenth century and the Renaissance and the Islamic Golden Age. So that is one point: that Western Sufism is something with roots that go way back.

A second point is quite how entwined Western and Islamic history are, and Jewish history too. This is something that is especially important nowadays, when followers of different religions are increasingly seeing each other as totally different and alien. Late antique philosophy fascinated and influenced leading thinkers and theologians in all three religions, Christianity and Islam and Judaism, often in very similar ways, though not everyone was in a position to know exactly what was going on. One of the earliest Westerners to comment on Sufism, albeit briefly, was Martin Luther, who was important in the history of Christianity. When the first Sufi text to reach Europe was translated in 1671, it was widely read and debated across Europe. Sufi poetry mattered to nineteenth-century Europe, and Rumi matters today. So Sufism has been part of Western history for a long time, not just of Islamic history. The West does not become part of the history of Sufism in the Islamic world until rather later, but what may have been the start of this is mentioned in the book. That was in 1904, when a Swedish Muslim painter from Paris who had been brought up on Swedenborg started writing about Sufism in Arabic in an Egyptian weekly newspaper. There are entwinements on all sides, then.

My third point would be that Western Sufism is not an inauthentic aberration to be ignored or laughed at, as some people seem to think, but the result of the attempts of many fascinating and talented people, of Muslim as well as Western origin, to resolve difficult questions—about the sacred, about religion, about life. Some of these attempts went a little crazy in the end, but most did not, and many left something that is generally valuable.

In the end, this is a book about intellectual history, so the intellectual models that inspired me most are those that I was writing about, and whose views I try to represent and explain. But I suppose Edward Said was always there in the background as a sort of counter-inspiration. I don’t take him on explicitly in the book, but in one sense the whole book is showing that while Said was right in important ways, there’s also another story, or many other stories, that point in quite different directions, and also need to be told. 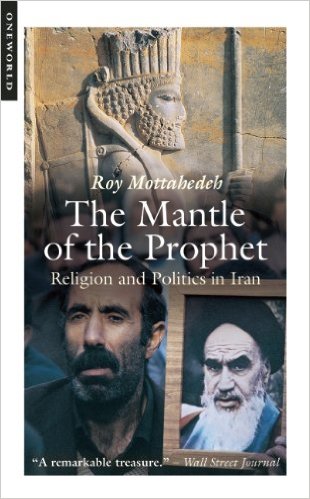 One book that has always been a great inspiration for me is Roy Mottahedeh’s Mantle of the Prophet, which I read early in my career. That book showed me how important and difficult things could be explained through narrative. My book has more and shorter narratives than Mottahedeh’s, but I hope that the stories that it tells can convey things that are important in much the same way.

At the beginning of the book, I found it unexpectedly hard to understand the thought of Plotinus, and unexpectedly rewarding once I had. Or, I should say, had begun to understand him. I hope that readers of the book will find that my explanation makes sense, and is useful. Towards the end of the book, the major challenge was that the number of significant Western Sufi groups suddenly grew much faster than I had expected. That meant that I had to give up my original plan of carrying a full study of Western Sufism through to the current day. I realized that if I dealt with all the later Western Sufi groups in the same detail that I had dealt with the earlier Western Sufi groups, I would never finish the book. And if I did, my publisher would refuse to publish it, because it would be far too long. So I had to stop earlier than intended, following through into the present day only those groups that were already in existence about fifty years ago.

The most surprising critical response was from an anonymous reviewer on the British Amazon site, who complained that the book was “merely the work of a career academic.” In some ways this did not really surprise me, as I knew that for certain streams within Western Sufism it is axiomatic that academics are necessarily blind to any important truth, but I keep wondering why it is that academics with careers are more objectionable than academics without careers.

In contrast, the nicest response by far was from Jeffrey Kripal, a scholar with a fine career, who commended the book for “intellectual and spiritual generosity.” I’d never really thought that there was such a thing as intellectual or spiritual generosity, but when I read Jeff’s comment, I suddenly realized that there was, and that this was exactly one of the things I had been striving for, without quite realizing it.

In some ways I’d like to write the next volume, bringing the whole of the story up to the present day. But one of the complications with this idea is that we have now reached a stage of globalization where it is often hard to say whether a particular Sufi or Sufi group is Western or not. So for now I am looking at what I think is one of the most interesting and important global streams today that comes out of Sufism, what I am calling “Neo-Traditionalism.” One big name here is Hamza Yusuf. I recently noted in a paper I was giving that he was based in California, but was corrected by someone in the audience, who pointed out that he is actually based in YouTube.

I’m also working on something quite different, putting together a collected volume on Key Thinkers of the Resurgent Right. This might seem to have absolutely nothing to do with Western Sufism or late antique philosophy, but actually there is a connection. One of the earliest major Western Sufis, René Guénon (otherwise, Abd al-Wahid Yahya) worked closely with an Italian, Julius Evola, who was not much interested in Sufism, but was interested in politics. And someone who has been in the news a lot recently, Steve Bannon, turns out to have at least a passing interest in Evola. There’s a whole group of writers like Evola who are little known to the world at large, but who seem to be becoming more and more important nowadays, for good or for evil, and who will feature in Key Thinkers of the Resurgent Right. Some are also interested in myth, the sacred, and religion.

Mark Sedgwick is Professor of Arab and Islamic Studies at Aarhus University in Denmark, where he researches modern and contemporary Islam, in both the Muslim world and the West. He is especially interested in the Arab world, notably Egypt, where he lived and taught for twenty years before moving to Denmark. He is the author of Against the Modern World: Traditionalism and the Secret Intellectual History of the Twentieth Century (Oxford University Press, 2004) and Western Sufism: From the Abbasids to the New Age (Oxford University Press, 2016).