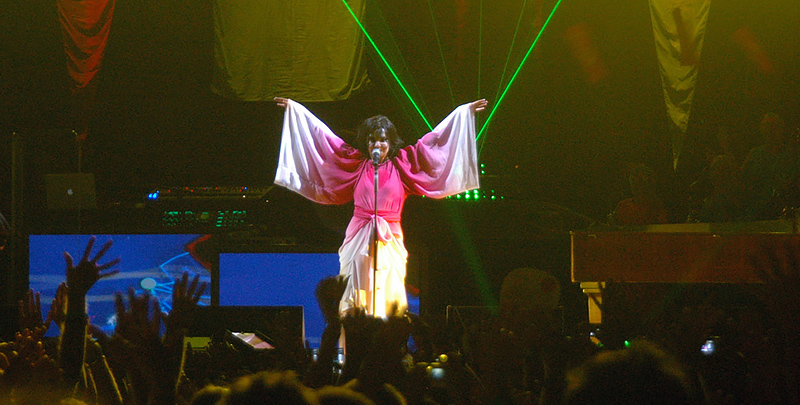 No doubt people’s mileage will vary, but for me any time Icelandic singer-songwriter Björk releases an album, it is highly anticipated. Nor I am alone in this, although Björk does compete in a somewhat different league compared to household names like Taylor Swift or Adele. If there is any part of our culture where the (typically noxious) idea of trickle-down influence actually makes sense, Björk is a good place to look. She ranks amid an extremely select handful of musician’s musicians whose creative innovations especially matter. This year her superb record, Vulnicura, flew less under the popular radar than some of her earlier work, since it was coordinated with an exhibit showcasing her fashion innovations at New York’s Museum of Modern Art and features in the New Yorker and New York Times Magazine. The record had a media-friendly story line, since it documents the unraveling of her long-time partnership with filmmaker Matthew Barney.

None of this would matter to me (and yes, I include the fashion part although I like looking at her swan outfit as much as the next guy) unless the music came through with beauty and power—and Vulnicura is my favorite Björk record since Medulla all the way back in 2004. It is immensely painful, searching, and lovely. Although it has many aspects worth underlining, here I will reflect on just one. At the end of the fifth track, “Family,” Björk repeatedly sings these words: “God save our daughter.” The context is mourning the loss of what on the album’s heartbreaking emotional center, “Black Lake,” she describes as “family… [as] our sacred mutual mission, which you abandoned” and worrying how her young teenager will handle it. What especially interests me is the practical cultural meaning of this utterance—not solely for people who might typically find themselves saying such things, but also for self-consciously secular fans.

I am not very interested whether Björk would turn out to be a conventional “believer” in any orthodox religion, assuming we were motivated and able to pin down her “authentic” self-understanding. My impression is that, if anything, she might chart in a gray area between secular and pagan—perhaps some sort of nature mystic depending on what we imply by the word “mystic.” As a long-time listener of Björk who is attuned to nuances of Christian discourse in popular culture, echoes of Christianity do not typically jump out at me, although with more space we could unpack many exceptions.

Björk’s typical lack of overt theistic confession—which surely is matched by many of her fans—is precisely why I am curious when she sings “God save our daughter.” What does this mean exactly? It clearly is not sarcastic, yet it is not transparently “sincere” either. Let’s describe it as a strong poetic utterance, within a logic that is unintelligible unless we presuppose certain spiritual background assumptions, which in turn are probably impossible to disentangle from long-term embedded aspects of Christianity and other religious traditions. In its ambivalence yet serious spiritual drive, it recalls how Björk sang in “Alarm Call” that “I’m no fucking Buddhist but this is enlightenment… I want to go on a mountaintop with a radio and good batteries, play a joyous tune and free the human race from suffering.”

Some readers may wonder if my train of thought overplays conceptual or doctrinal aspects of religion or music, which are not the decisive factors. But I think I already agree that the sound is more important than the words and that she is abstracting from specific doctrines. My point is to underline how this song insists upon—rather than acts as a counterexample to—the centrality of embodiment and ritual practice within any whole into which conceptual appeals to gods or enlightenment are integrated.

The song, “Family,” begins as follows: “Is there a place where I can pay respect for the death of my family?….Where do I go to make an offering to mourn?” It turns out that she flags this as an acute lack. Other than burning incense, “normal religious rituals” (Christian, Buddhist, pagan) do not seem to be on her agenda except as counterfactual hypotheticals. It also turns out that she wants to address this lack through shared music: a “swarm of sound” that can heal and “make us part of…[a] location of solutions.” Whether this is a “religious” location, and in general how it relates to institutions or even face-to-face listening as opposed to sharing sound over the internet, is largely unclear. Despite a few clues elsewhere on her record, we know little more than that she segues into a fade-out: “God save our daughter, God save our daughter.”

One of this year’s least under the radar stories was the rise of religious nones, or people who profess no religious affiliation, especially in relation to conservative or institutional Christianity. Let’s posit that many nones listen to Björk, or at least her influence trickles down to them. Further, let’s posit that her question—“Is there a place where I can pay respect for the death of my family?”—shoots its arrow into these listeners’ hearts so they resonate as she sings “God save our daughter,” although they might not “really believe in God” depending on what exactly we mean by that. So does this song matter? Perhaps all this may seem like a lot of nothing if we tally up Björk’s raw numbers of downloads, likes on Facebook, and payola stories in Rolling Stone, as compared to Adele or the National Football League. Nevertheless, for whatever my vote may be worth, this struck me as one of the significant religious stories of the year. If Björk offers us one of the more profound and influential records in recent memory—as I think she does—and operates on a plane where lines between the religious and the “none” barely apply, we should pay attention to how this will trickle down.

Mark Hulsether is Director of the Interdisciplinary Program in American Studies and Professor of Religious Studies at the University of Tennessee, Knoxville. His research and teaching explores the interplay among religion, culture, and society in recent U.S. history. He is author of Religion, Culture, and Politics in the Twentieth-Century United States (Columbia University Press, 2007) and Building a Protestant Left Christianity and Crisis Magazine, 1941-1993 (University of Tennessee Press, 1999).
By The Editors
Featured Article-For Homepage, Featured Articles, Holy Archives, Sacred Guests Tags: American CultureAmerican religionBjörkfamilyGodmusicNonespopular culturesacredsecularspiritual but not religiousthe sacredtheismVulnicura