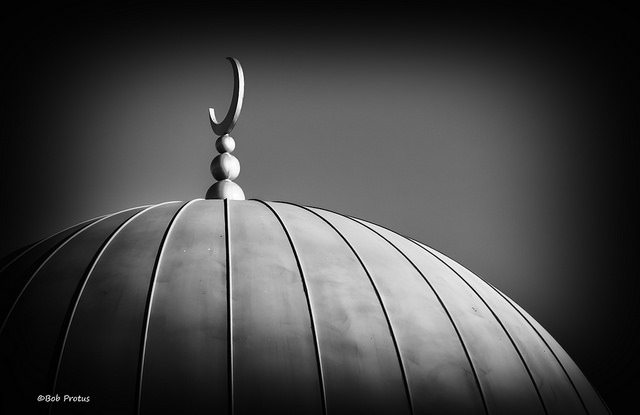 One of the issues I have to address early on whenever I do an “Islam 101” session, either as part of a class or in a non-university setting, is one of names. It usually involves clarifying the difference between “Islam” (a religion) and “Muslim” (the followers of the religion).

As we enter the period of Trump, and fears of “Bomb Iran” become relevant again, I find I have to spend a lot more time on defining the difference between “Shi’ah” and “Sunni.” In the course of doing this explanation, I find myself lamenting how limited the understandings of what these terms mean are in the popular press, and sometimes even with academia.

The first issue is one of “sectarianism.” The terminology relates more to an earlier, Christian-centered view of the Study of Religion, which is invested in truth claims, a type of theology-lite. In transposing it to other faith traditions, such as Islam, it implies that there is a true Islam against which we are defining others.

In many popular media reports, the default often seems to be Sunni Islam. It is unclear why this has become the baseline for what Islam is. Some academics have suggested, going back to the origins of the discipline of Religion, that Sunni Islam most closely resembled Protestant Christianity, which was constructed as the truest of religious groupings. As a result, structures that mirrored Protestant Christianity were elevated to true expressions of those traditions. Perhaps it has to do with the tyranny of the majority, so that by virtue of being the most numerous group of Muslims, Sunni Islam becomes the normative position.

This positioning of sectarianism and declaring a normative tradition invites a view of Muslims in conflict with themselves, and where the United States must choose a side. The basic narrative of division is that a group of Muslims, the Shi’ah, followed Qur’anic and Prophetic guidance and took Ali ibn Abi Talib as Muhammad’s spiritual successor. The Sunni community rejected this this guidance, and as such, the deep theological divide must involve ongoing conflict.

Yet, we know historically that we can trace the development of Shi’ism as a theological movement during the lifetime of Muhammad (6th and 7th c.), a political movement after the assassination of Muhammad’s favorite grandson, Husayn (7th c.), and as a movement with a distinct religiously legal character during the period of Muhammad’s great-great-grandson and great-great-great grandson, Muhammad al-Baqir and Jafar as-Sadiq (7th and 8th c.). We have various non-Shi’ah communities that eventually coalesce into what we now know to be the Sunni community in the 11th c., in a period known as the Sunni Revival. A deep historical animosity is not supported by the details of each community.

There is also no recognition of the deep reverence non-Shi’ah communities have for the Prophet Muhammad and his family.

This video is of Sunni singer Nusrat Fateh Ali Khan singing an elegy for Husayn at Karbala, where he was martyred in 680 CE.

These two videos are by the group Niyaz, both in praise of Ali, successor to Muhammad’s authority. The members are of different religious affiliations.

You even have non-Muslims, like MIDIval Punditz, praising Ali:

This diversity of devotion demonstrates expressing an affiliation to Muhammad and his family does not make one Shi’ah. It is about a theological stance authority. At the same time, it also demonstrates that these divisions are not strong, dividing walls.

Nor do they enclose Shi’ah communities into strong enclaves either. There are distinctions between Imami Shi’ah (Ithna’ashari and Isma’ili) and non-Imami Shi’ah (Zaydi), and divisions even with those categories. Without understanding those distinctions, we see the Ithna’ashari Shi’ah of Iran as indistinguishable of the Zaydi Shi’ah of Yemen. While there maybe political reasons for Iran to support the Houthis of Yemen, there is no theological imperative. Yet, by equating all Shi’ah as the same, and bonded to each other, geopolitical maneuvering takes on Divine significance, increasing the likelihood of conflict.

Conversely, the definition of Sunni as not accepting the succession of Ali means that a group like the Wahhabis of Saudi Arabia carry the label of “Sunni.”  Yet, their origin is as an innovative movement of the 18th century, breaking with Sunni tradition, which makes it hard to argue that they can be what we normally construe as Sunni.

It would be more accurate to speak of a new Wahhabi movement that is distinct from either Sunni or Shi’ah. We can then speak of groups like Al-Qaeda and Daesh with more nuance; they kill Sunni and Shi’ah indiscriminately, so they cannot be described as Sunni groups killing Shi’ah.

The only way to get to even this basic level of nuance is to give up the framing of sectarianism. By not engaging in truth claims, we see that the division between Sunni and Shi’ah is about competing orthodoxies, not a normative tradition with a heresy. The practical difference between the communities is also much smaller than the theological divide, and devotion does tie the communities together. More importantly, we can approach the Wahhabi movement not as a Sunni movement, but as something new that emerges from Sunnism, but is distinct from it.

While some of this discussion may seem to be semantic, it is about the power of naming. The questions of power and control depend on the ability to name. Without proper naming, we see conflict where there is none, and read politics as theology.

The reality, as Amir Sulaiman demonstrates, is more subtle.