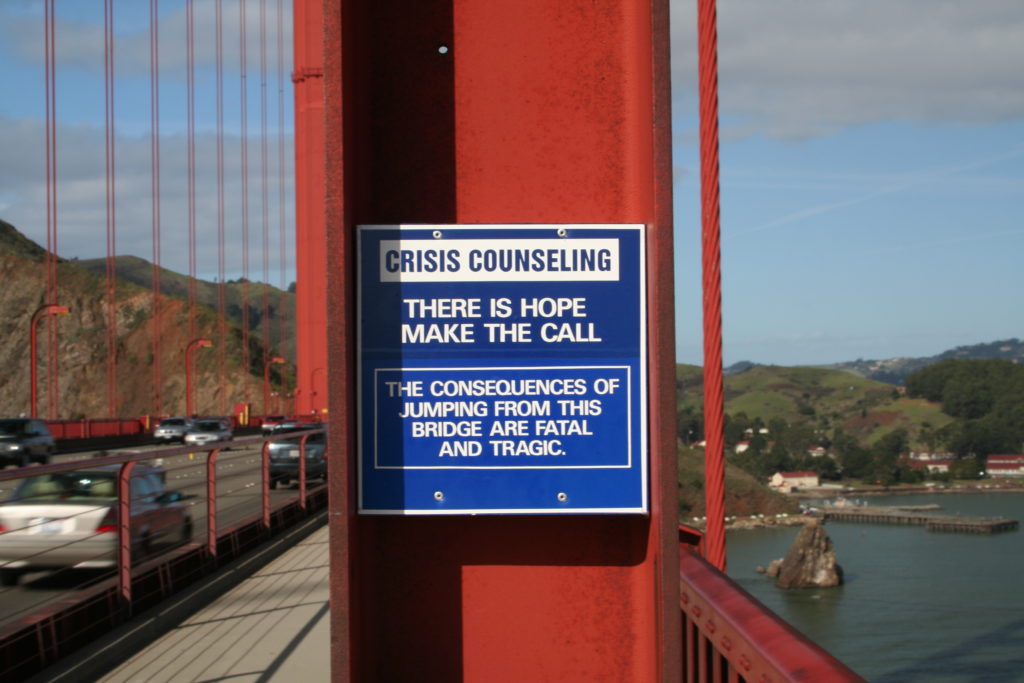 Who wants to talk about suicide? I’ll tell you who: young students in the range of 18 to 22, the very age group in which suicide has lately become one of the leading causes of death. How do we as a society address this startling, and startlingly tragic, new trend among young people? Who can they turn to to openly and directly talk with about their feelings and thoughts on a subject that hits so close to home for so many of them?

Is suicide the last taboo in our society? Historically, we often look at the Victorian era in the later nineteenth century as a time when public discussion of sex was considered “taboo”; for much of the twentieth century, some argue, death replaced sex as the great taboo operating in our culture. Today I doubt that anything can be considered taboo. We talk about the size and look of the president’s private parts; pornography is mainstream; violence and graphic depictions of carnage in video games and films are ubiquitous and celebrated; incest, pedophilia, cannibalism… it’s all out there and available for public consumption, so to speak.

I have been reading about suicide statistics lately and some of the stories of young people taking their own lives, but even these reports do not seem to open up and explore what is going on in our society that is contributing to this new reality about death in the lives of so many. Yes, some people blame social media, or the time younger folks spend on their phones, or skyrocketing rates of depression and mental illness in that population, or the lack of strong religious grounding in their lives, and so on. Yet somehow it seems we are not really fully confronting and discussing suicide with the very people who are most at risk, but rather talking at them and not listening.

Now I know suicide is a big topic. When a soldier sacrifices their own life to save the lives of others, that is a hero. For an aged person who has lived a long life, and whose quality of life is so diminished and tortured, ending life on your own terms might be considered for some the more humane, morally sensible action to take. In general, the notion that some people, in some circumstances, may see taking their own life as an ethically sound, psychologically reasonable thing to do, opens a door that many prefer to keep closed. When we are talking about older children and young adults killing themselves, however, reasonable arguments and exceptions to the rule are unacceptable.

What are the cultural scripts and conceptual frames that shape public discourse about suicide? Suicide is certainly in the news, and one of the ways Americans collectively reflect on its presence in society is in the case of celebrity suicides, when we all wonder how people with money, success, and fame would choose death over life. Recently, and a sign that things are changing I think, the band The 1975 released an album called A Brief Inquiry Into Online Relationships which includes the song “I Always Want to Die (Sometimes).” In a brief video interview, Matthew Healey, the lead singer, discusses the meaning of the song, and speaks directly about the prevalence of thinking about suicide in our society these days.

On the one hand, across the board religions are deeply and strongly opposed to suicide. While I try to stay away from over-generalizations, I think it’s safe to say that in principle for most religious cultures life is sacred, the taking of life including one’s own is a supreme moral violation, and historically at least, it has been understood that suicide can impact your status in the afterlife. So for many in religious communities, suicide can represent a moral weakness or a spiritual failure within the individual; or that evil, malevolent forces may have corrupted and influenced the individual.

On the other hand, throughout American culture the easy fall back explanation for suicide is to apply medical labels, raise the flag of mental illness, and identify the internal or external factors that led to the psychological breakdown (depression, genetics, side-effects from other drugs, and so on). The suicide in this sense becomes an exemplary case demonstrating the need for more psychological treatment that often, maybe always, looks to prescription drugs to tweak cognitive and neurological processes in order to restore “mental balance,” whatever that is.

My own personal, unscientific intuition is that both of these conceptual frames are not helpful to having open, honest, and challenging conversations about suicide among this age group. I teach at a university so am keenly aware of rising rates of suicides among college age kids. But even more importantly, and closer to home, I teach a Death and Dying class that enrolls about 200 students. To be honest, over the twenty years or so I’ve been teaching the class I have stayed away from the topic of suicide, though I do always enjoy mentioning the famous book, The Sorrows of Young Werther, written by the German Romantic Johann Wolfgang von Goethe, which created a strange outbreak of copycat suicides based on the story. Other than that, it has been, well, taboo in my class.

Something happened this semester that has never happened before in all my years teaching the course. I have had now several students come in and tell me they have faced the realities of suicide as a result of classmates and others close to them who killed themselves or attempted to kill themselves. I am just a professor, not a religious leader nor a therapist. My class is an academic, intellectual space for students to learn about death across cultures, throughout history, and in American society. It is not, at least on the surface, a space for existential or therapeutic self-exploration, or for personal religious or spiritual discovery.

In all of these private conversations, as delicate, emotional, and difficult as they have been, students have mentioned that whenever adults have attempted to talk with them about suicide—the special teams of counselors and/or religious leaders who come in to schools after a suicide has occurred to help students cope with the experience; the specialized therapists and mental health professionals who spring into action when a young person tries to take their own life—it has been ineffective. These older children and young adults claim they were not really heard, that they were unable to articulate fully what they experienced, how they were feeling, and what they were thinking.

Many of these students want to talk about suicide but cannot seem to find the right context. Conversations can be difficult with family members; social settings with friends doesn’t quite work well; religious leaders and professionals seem to have their own presuppositions and conceptual limitations on the topic. So where to go and who to talk to about this most pressing, life and death topic? I am still hesitant to pursue it in my class—perhaps because of the feeling that it is “taboo”; perhaps because a lingering sense that only “professionals” should be talking about it. It is highly, highly charged for so many of us. As one student put it, “trigger warnings were made for this topic.”

The numbers of young people killing themselves is astonishing and points to larger cultural and social problems that we all should be concerned about for America’s future. As a professor who tackles the topic of death in all of its fascinating, revealing dimensions, and loves to entertain and enlighten students, I am stumped and uncertain about this topic and how, or if, I should address it in class. It is clear from my meetings with students that for many—not all—a neutral, intellectually open and honest context for discussing suicide is sorely needed.

Gary Laderman is Chair of the Department of Religion and Goodrich C. White Professor of American Religious History and cultures at Emory University

PrevPreviousThanksgiving Rites and Wrongs: Thanksgiving, Black Friday, and the American Imagination
NextThe Devil’s in the Details: The Krampus ConundrumNext