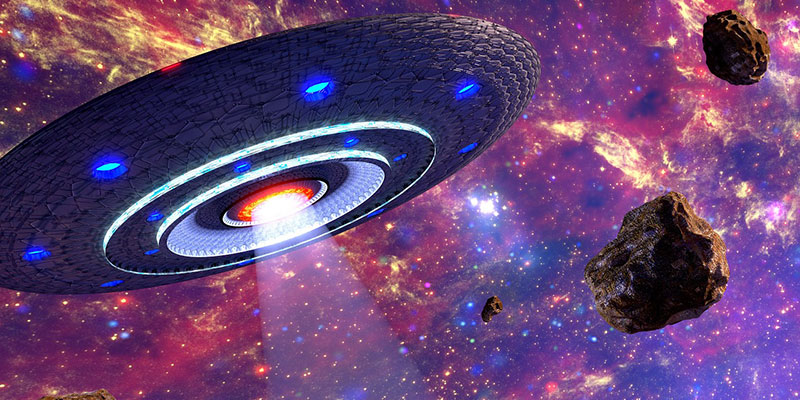 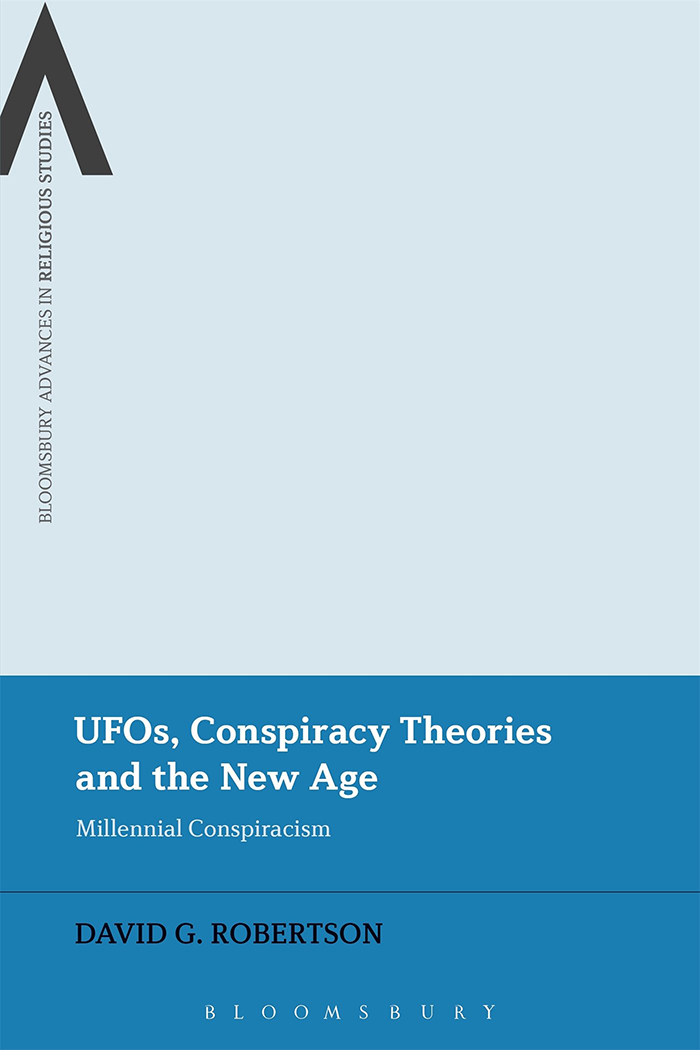 It came up time and time again. It seemed like someone had to write it.

One early inspiration was Bill Hicks. I remember watching Revelations on the TV late one night around 1991. He would talk about the Kennedy assassination being a cover-up, then say things like “we are all one consciousness experiencing itself subjectively, there is no such thing as death, life is only a dream, and we are the imagination of ourselves.” Of course, now we know he was dying, but nevertheless the idea that “spiritual” ideas and conspiracy theories might in some way exist in the same space was new to me.

Years later, I know now that it’s not so unusual. As I got further into my research on new and alternative religions, I kept seeing conspiracy theories pop up again and again, and I started to wonder why nobody was writing about it. So conspiracy theories in new religions became the focus on my doctoral work. UFOs provided the narrative spine I needed to take the reader through the mass of bewildering and unfamiliar data.

Coming from a critical studies point of view, I don’t really see religion as a thing, but a particular way of categorizing the world – albeit one that is significant for many people and institutions, and the way they understand the world. So, not wanting to be part of that problem, I deliberately don’t define religion. In fact, I avoid talking about it if at all possible. And as a social scientist, I don’t see it as my job to tell other people what religion is or where the sacred is.

That said, the book is steeped in a comparative religion perspective that wants to ‘bracket off’ questions of truth in the claims being made by the people under examination, and to compare them as objectively as possible to other claims. And this is something I think that Religious Studies scholars are particularly well-trained to do, and something that most scholars of conspiracy theories sorely lack. If the type of claims about how to think “correctly” that we see in almost all writing on conspiracy theories was carried into Religious Studies, there would be an outcry. There is nothing more rational about believing in Jesus’ resurrection than believing that Reptilian extraterrestrials secretly run the world. It’s just that you are far more used to hearing the former.

Yet many of the assumptions of the UFO and conspiracy people – ideas like that extraterrestrials have affected the evolution of humanity, or that an evolutionary leap is imminent – are held as sacred as those of religious people, at least in the functional sense of the sacred as something ‘set apart.’ And that was a large point of the conclusion to my book. We all – scholars, public, religious, whatever – tend to separate the “really religious” from the “merely secular,” and I wanted to collapse that distinction. Or at least point out the problems with drawing that line.

People who subscribe to conspiracy theories are not generally stupid, irrational and paranoid. They are generally kind people who are unhappy with the answers they are being given.

Most scholarship on conspiracy theories starts by attacking the rationality of their ideas. But to state that Jesus rose from the grave is obviously to challenge scientific knowledge too. Where are the scholars attacking the rationality of an idea that the majority of US citizens hold dear? In fact, much – if not most – of what we do as supposedly “secular” humans is not driven by the scientific method at all – including nationalism, political views, sport, even falling in love. As social scientists, our job is to describe, not prescribe, human social activity.

Ronald Hutton and Nicholas Goodrick-Clarke were influences on my historical writing, partly because of their strong scholarship and accessible style, but also their unusual source material. I was also inspired by scholars like Marion Bowman and Steve Sutcliffe who write about contemporary religions in a properly comparative context. This stuff didn’t just emerge from nowhere in the 1960s, although there are more ecumenically minded scholars who want to sell that story.

Foucault was also a big influence. When I realized through reading his work that knowledge and power are essentially the same thing, it opened up my thinking. UFOs, Conspiracy Theories and the New Age isn’t really a book about an unusual backwater of modern religiosity, it actually has a bigger agenda about how what we know – and what we are allowed to know – relates to the categories in which we can put things. For Foucault, it was madness and sexuality, but for me the categories which drew me in were religion and conspiracy theories.

As this was my first book, one of the biggest challenges was not to cram everything I’d ever thought or experienced into it. It was paramount – especially with such a complex topic which can easily become an endless list of names and dates – that the narrative come first. So a lot of material about Gnosticism and more right-wing Christian conspiracists like Alex Jones got cut entirely.

On the other hand, I expected to get more resistance in my fieldwork. As it turned out, mostly people were very welcoming and understanding. Despite the stereotypes, the majority of the conspiracy people I met were smart, kind and motivated by concerns I would agree with. I didn’t agree with their conclusions, but that didn’t mean I couldn’t treat them with respect.

But, literally, the most difficult aspect was paying the rent and not being a jerk to the rest of my family.

I’ve been delighted with the response to the book, although only a few academic reviews have come out yet. Most of the feedback I’ve gotten so far has been through personal emails. I’ve done a couple of radio interviews in the US and Canada, and the first review of the book was on the Magonia blog, a long-running UFO and paranormal blog. And they liked it, although they suggested skipping the theoretical chapter.

But there’s a section in the David Icke chapter where I question the taken-for-granted assumption that he is an anti-Semite. I expect I have some criticism coming my way for that…

Next is the Handbook of Religion and Conspiracy, which I’m co-editing with Egil Asprem and Asbjorn Dyrendal for Brill. That will be a huge book that takes the conspiracy and religion theme to a global context, and will come out this year.

As for myself, my next book will be about contemporary gnostic groups. It’s going to look at what makes this particularly problematic category so appealing to many contemporary people. Conspiracism will be one of the case studies, but the rest will be more obviously “religious” groups including the Apostolic Johannite Church, Ecclesia Gnostica and the various South American groups following Samael Aun Weor. It may seem like a fairly big jump to go from conspiracies and New Age to a marginal form of Christianity, but I see both as part of a larger project about seeing religions as social epistemologies – more-or-less widely-held systems of knowledge. Not “belief” – whatever that means – but how we know stuff.

In the meantime, those interested in conspiracy and religion can read my blog at davidgrobertson.wordpress.com, follow me on Twitter (@d_g_robertson) and hear me every week on the Religious Studies Project podcast.

David G. Robertson a writer and teacher from Edinburgh, interested in the history of religions, critical theory and conspiracy theories.  He is the Co-founding Editor of the Religious Studies Project and a committee member of the British Association for the Study of Religion.