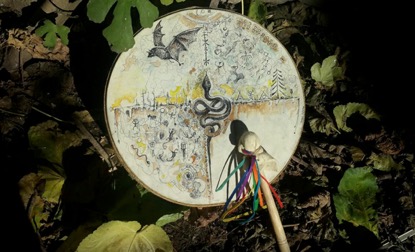 The Republic of Turkey was a unique project of modernity. As a secular western state, the Turkish Republic embodied many contradictions, but over time Islam became the inescapable unifying factor of the multi-ethnic nation-state. Today, a clear majority of the Turkish population finds a sense of identity and community in the religion of Islam, as their ancestors have done for the greater part of the last thousand years. However, the silent minority within this Sunni Muslim majority remains diverse and ever-changing.

Not only does Turkey contain a considerable portion of Alevis, but also a significant secular population. This secular population has its roots in the nineteenth-century and has often struggled to survive in an Islamic atmosphere. Perhaps we can estimate that 60% of the population in Turkey is Sunni Orthodox, 20% Alevi, and 20% secular. We are simplifying for clarification, as Turkey also holds other religious minorities such as Orthodox Christians, Catholic Christians, Ashkenazi Jews, and Sephardic Jews. These religious minorities once had more significant populations, but their numbers drastically diminished in the twentieth-century, due to nationalist and racist persecutions.

The trend of Islamization seems unstoppable. Secular symbols that the Republic had previously erected in the name of humanism, such as the performance arts center in Taksim Square, have been demolished. Meanwhile, new mosques are being constructed in response to the massive waves of mostly Arabic-speaking tourists. As the secular humanism once embraced by the Republic fades away, replaced by the modern state-sponsored Islam, there is a new religious trend among secular Turks. The silent 20% now includes not only agnostics, deists, atheists, and reformed Muslims, but also Shamanism.

Modern Turks are no strangers to Shamanism. After all, the word Shaman comes from the Central Asian Turkic word qam, meaning spiritual guide of a community (or cem in the modern Alevi faith). As school children, we are all taught how our “ancestors” came from the Central Asian steppes. We call the soil Mother Earth and the heavens Father Sky, while ethnic Turkish legends tell mythical tales of wolves, rabbits, deer, and cattle that guided our people through perilous journeys. Every Turkish person of my generation (that is, born in the post-1980 coup era) was taught how the Turks used to be shamans before being converted to Islam by the will of the sword. Now I do not want to enter into the discussion of how Anatolia was Islamized and if the Central Asian tribal Turks adopted Islam willfully or not. What I am trying to make clear is that the silent 20% in modern Turkey, here gathered under the umbrella term of “secular,” all have a notion that their “ancestors” were shamans.

Now I would like to take a minute to talk about the other 20% I have mentioned above, the Alevis, because I believe that it is only through a clear coalition between the silent 20% and the Alevi community that the Republic of Turkey can find a balance where both Orthodox Sunnis and religious minorities can coexist.

Alevism must first and foremost be recognized as a relatively modern umbrella term, as different localities have different traditions that can tend to show dogmatic differences with one another. This faith contains elements of twelver Shia belief as well as remnants of the Zoroastrian faith. Most important, Alevism maintains aspects of what interests us here, Shamanism. The Alevi population believes in common descent from the groom of the Prophet, Ali, his two sons, Hasan and Hüseyin, as well as the daughter of the Prophet, Fatma. In anthropological terms, there is a clear sense of ancestor worship in the Alevi community, which even includes the founder of the Republic, Atatürk. Atatürk’s portrait can be seen hanging in Alevi prayer houses next to the picture of Ali.

Fire and water are both sacred as are other natural elements, such as rivers, lakes, forests, and trees. In essence, Alevism is the contemporary reevaluation of the Heterodox Anatolian belief system that emerged between the tenth and thirteenth centuries, which includes august figures like Hacı Bektaş Veli, Abdal Musa, Kaygusuz Abdal, Celaleddin Rumi Mevlana, Yunus Emre, etc. In other words, modern Alevis carry with them the torch of Anatolian mysticism, also called Sufism, that has survived through centuries of Sunni dogmatism. I argue that within the Alevi tradition some elements of ancient shamanic traditions have survived. This is why modern secular Turks likewise tend to find inspiration from this other twenty percent minority.

A secular Turk easily finds more in common with an Alevi than a Sunni worshipper. This is the case because modern secular Turks, especially the younger generation, feel lost in a world and a nation-state where identity as religious communitarianism becomes critical. Naturally, their first instinct is to seek meaning in the global New Age movement, which seems to be in sync with their seemingly innate interest in shamanism, and this is where modern shamanism comes into play.

Modern shamanism is a global movement, perhaps not as visible and public as the hippies, but definitely in the same spirit. “We are one,” the modern shamans say. All ways are one. It is not the path that matters, but the end, which is love. Modern shamans are composed of many alienated individuals and strangers, who come together for shared celebrations and ceremonies, like drum circles. Sharing their traumas and dealing with the sins and crimes of their ancestors, they work toward clearing their accumulated karma. This is the modern shamanism as I have witnessed it.

There are undoubtedly many shamanic communities in Istanbul, but our own experiences limit us. One such shamanic group is a loosely knit community of about seventy people. The unifying factor here is the shaman, who is, for this community, a young woman. She is the modern shaman, and yet she refuses any name denoting a particular position of reverence. She is, like the author of this article and other members of the community, an individualist anarchist.

For this particular shamanic community, ceremonies differ from circle to circle, as the community rarely gathers to its fullest extent. A gathering can range from thirteen to twenty people and always happens in the safe environment of the circle. The circles take place after sunset and generally continue throughout the night, often lasting until well after dawn. Fire is a central element, as is the shaman’s drum and other sacred objects displayed on the altar. Both South American and Central Asian/Anatolian medicinal plants are used at certain ceremonies throughout the year.

Silence is critical in all the shamanic ceremonies I have attended. All the participants are expected to leave their egos at the door and show complete submission to the authority of the shaman as soon as the ceremony begins. If they must speak, it must be to the shaman alone in a hushed manner. Generally, they are invited to meditate in silence or write down their thoughts. The silence of the ceremonies is usually broken by the sporadic drumming and chanting of the shaman.

Self-taught, our shaman has traveled to diverse communities throughout Eurasia and the Americas, eventually constructing a unique and personal form of urban shamanism. During the ceremonies, she is in total control, but as soon as the ceremony ends, she is able to act as both counselor and friend to members of the community.

Modern shamanism like that above is spreading in Turkey as state-sponsored Orthodox Sunnism tries to take over all aspects of public life. The youth of the silent twenty percent are opting for an alternative, which tries to cure the ills of modernity through the rekindling of ancient practices.

PrevPreviousAn Interview with Jason Francisco, Part 3: Płaszów, A Camp in Its Afterlives
NextFrom the Madness of Reefer to the Ecstatic Bliss of Marijuana: The Rise of Cannabis ChurchesNext