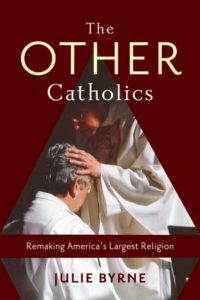 Pope Francis has opened a door—just a crack—that the Vatican previously slammed shut. In 1994 Pope John Paul II indicated that even if the church wanted to ordain women, the sacrament of Holy Orders would not “take” on female bodies, so the church has no authority to even discuss the issue. Yet last month Francis said he is willing to form a commission to study the possibility of women deacons in the Roman church. Such a commission would surely at least discuss ordaining women, since contemporary male deacons are ordained.

But Pope Francis has also repeatedly affirmed predecessors’ limiting ordination to males. A commission on women deacons would likely stop short of ordaining them. It might instead create a separate-but-unequal category of deaconesses true to “feminine genius,” as Francis likes to say. In any case, the process will drag on for years, if not decades.

How long will Catholics wait for church leadership to embrace the basic idea that women can serve in persona Christi—represent Christ to the people of God in ordained ministry—just as fully as men?

Some Catholics stopped waiting a long time ago.

Quiet as it’s kept, many Catholic churches already ordain women as deacons—and as priests and bishops.

Just as Judaism birthed Reform Judaism, just as Protestantism generated liberal versions, so there are progressive Catholic churches. Their history goes back to the early eighteenth century. In the U.S., some of these churches ordained women by the early 1970s.

Independent of the Vatican, these churches are still recognizably Catholic. “Independent Catholics” have sacraments, saints, and apostolic succession—the idea that bishops descend in a direct line from Jesus’s twelve apostles. They espouse social justice causes from peacemaking and human rights to anti-racism and economic equality.

But independent Catholics leap far ahead of the Roman church in what I call “sacramental justice.” If social justice envisions a world of social thriving for all, sacramental justice opens the sacraments to all. Free of Vatican strictures, independent Catholics “just do it.” Many not only ordain women, but also recognize married priests, celebrate same-sex marriage, and serve communion to anyone who walks up the aisle.

In the U.S., there are hundreds of “independent Catholic” churches with collectively at least a million members who serve additional millions more. Hardly anyone knows about them, though, because the Roman church is a behemoth of size and influence, and the media always conflates “Catholic” with “Roman Catholic.” As a scholar and teacher of American religion, I didn’t know about them either.   But for the last decade, I spent time with independent Catholics and watched the workings of Catholicism from this new angle.

The Roman Catholic Womenpriests are the most visible and media-savvy example, deliberately named to perch on the doorstep of the Roman church. RCWP began renegade ordinations of women in 2002 and boasts dozens of women deacons, priests, and bishops who serve small congregations and other ministries across the U.S. and abroad.

The parishes of Spiritus Christi in Rochester, N.Y., and St. Stanislaus Kostka in St. Louis, Missouri, are large and thriving. Both are formerly Roman parishes that decided to go independent.

More typical are parishes like St. Mary Magdalen outside Philadelphia, Pa.—small congregations that rent space in Protestant churches, with priests who have day jobs. Rev. JoEllen Werthman, pastor of St. Mary Magdalen, spent twenty years as an active member of her Roman Catholic parish, until a call to the priesthood became too strong to ignore. Rev. JoEllen now says Catholic mass for a congregation of about forty in a rented Episcopal church. Communion is open to everyone. Issues like abortion and artificial birth control are matters of personal conscience.

Some independent priests do not serve parishes at all, but just make sure that people with sacramental needs who will not or cannot meet Roman canonical requirements have a place to turn.

Spending time with independent Catholics, I witnessed the joy and tears of sacramental justice. A woman ordained as a deacon feels transformed to start preaching and marrying. A transgender person acts on that long-tugging call to study for the Catholic priesthood. A lesbian couple beams as their baby girl is baptized. A divorced-and-remarried woman takes communion for the first time in years, alongside her Baptist husband. Both openly weep.

As you might guess, the Vatican does not recognize as valid the vast majority of independent Catholic churches. Sometimes local Roman bishops take the time to pronounce that they are “not Catholic” at all. If Roman Catholics participate in independent Catholic activities, they can be subject to excommunication.

But that has not stopped Roman Catholics from working with independents. When RCWP started ordaining women, the Rome-identified Women’s Ordination Conference immediately endorsed their actions. When Mary Ramerman was ordained, the large Roman progressive organization Call to Action invited her to celebrate Mass. When four Roman progressive groups met jointly in Boston in 2008, the program featured members of seven different independent Catholic churches, including a standing-room-only session called “How to Start an Alternative Catholic Community.” Even Roman priests got in on the action. Father Roy Bourgeois—famous in social justice circles for founding the School of the Americas Watch—gave the homily at a RCWP ordination in 2008, though as a result he was kicked out of his religious order and stripped of priestly faculties.

There are good reasons not to rock the Roman boat this much. Headed by Pope Francis, the Roman communion has size, strength, history, and influence unparalleled by any other religious institution in the world. In comparison, independent Catholic churches are tiny, powerless, and fragmented. The Roman ideal of visible Christian unity moves many faithful, including those who disagree with Vatican teachings, to pray for humility about their individual opinions and for patience to match the global church’s glacial pace.

But that does not always work when prayers seem to point to answers outside Roman church bounds. What if you find yourself spiritually called to both marriage and the priesthood? What if your son and his boyfriend want a Catholic wedding? What if you are just a Catholic in the pews who finds it too weird that a woman supposedly can’t represent Christ to the people?

A lot of Catholics have left the faith altogether. Independents find a radical new way. Perhaps Pope Francis will open the Vatican door to women deacons just a crack or two more. In the meantime, in other Catholic churches, sacramental justice rolls down like water.

Julie Byrne is an associate professor of religion and the Monsignor Thomas J. Hartman Chair of Catholic Studies at Hofstra University. She is the author of “The Other Catholics: Remaking America’s Largest Religion” (Columbia University Press, 2016).

PrevPreviousOn Being Spiritual but Not Religious: Past, Present, Future(s)
NextAccelerating the Contradictions with the Coen BrothersNext