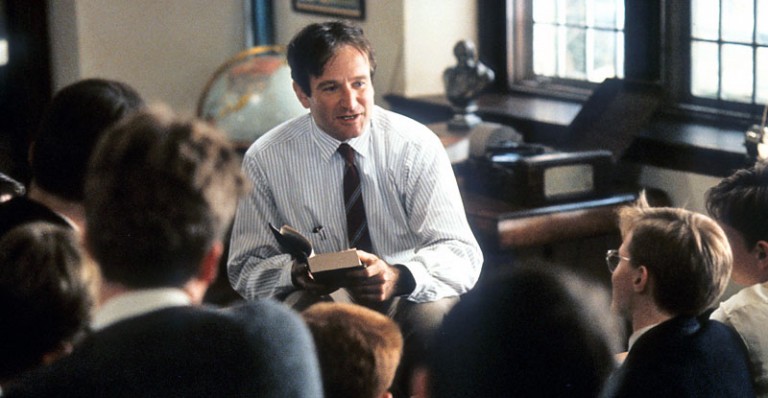 As the school year ends around the country, the power of education seems to be most understood by its critics. From Wisconsin defunding higher ed, to Illinois where education serves the will of the state, to the advancement of the Common Core; all speak to ways in which education as a path for individual growth are being curtailed. Part of the problem is the underlying premise that the only good person is a worker who produces capital gains for others. Under this mentality, education must have a practical purpose. It is the capitalist impulse run amok.

However, another part of the problem is the battle over modernity. Education opens the door to manage difference, and to engage with cosmopolitanism. These are anathema to conservative minds. By conservative, I do not mean in the political sense, but those resistant to change. There are advantages to being conservative in terms of adjusting to coming change. But limitations are educating for the world that is, not preparing for what will be. It is more a rejectionist impulse than a conservative one.

As Americans, we tend to look at groups like Boko Haram and the Taliban, with their kidnapping and shooting of young girls, as being the antithesis of our vision of education. At the same time, the names chosen by both groups lead us to understand that they are also contending with the relationship between education and modernity, just in a more violent way than we are.

The name “Boko Haram,” is often translated as “Books/Western education is forbidden.” It is about who gets to speak for a community. When a community is taught who they are by someone else, in this case colonial powers, it is difficult to say that community really knows who it is. Boko Haram’s approach is rejectionist, throwing out everything related to this system of education, and curtailing access to any form of education that does not agree with their worldview. It is does not generate a sense of who the community is, but hopes that an authentic self will emerge out of burning away anything that is not them.

“Taliban” literally means “students.” They started as nothing more than that. However, their vision of education was also rejectionist. Trained, in part, by the curriculum the United States developed with Saudi Arabia for the Afghan mujahidin, the Taliban sought an intellectual purity wedded to the puritanism and nihilism of the Wahhabi ideology. With the Soviets gone form the scene, they turned their attention to the other great power in the region, the United States.

It is, therefore, a mistake to see these groups as being anti-education. However, the concept of a liberal arts education is missing. Instead, they are focusing on a practical education that seeks to create individuals of single purpose who serve the greater needs of the state and the upper echelons of society. This is also not a product of religious education. The architects of these movements do not come from the religiously educated, but from the sciences and have had little or no exposure to the humanities.

I’ve started with a discussion of Boko Haram and the Taliban, because it is easier to show the foibles of an approach when it is distant from us. However, I fear that many of the rejectionist attitudes of these groups are already operating in the United States. Also troublesome is the vision of education that serves a singular purpose: to maintain the status quo. To support a hierarchal system means to support the elites and the power structure. It is a sure path to cultural decline.

Scott Walker, former presidential candidate and Governor of the state of Wisconsin, makes no secret of his desire to turn education into paid apprenticeships. He attempted to alter the mission of the University of Wisconsin. According to an article by Valerie Strauss in the Washington Post,

Wisconsin Gov. Scott Walker submitted a budget proposal that included language that would have changed the century-old mission of the University of Wisconsin system — known as the Wisconsin Idea and embedded in the state code  — by removing words that commanded the university to “search for truth” and “improve the human condition” and replacing them with “meet the state’s workforce needs.”

Of course, Walker’s approach focuses on the elements of higher education that enable provocative thinking, such as tenure. Arguably, tenure is a dying system anyway, as the precariat continue to fill teaching roles in universities. However, Walker is rushing the process and slashing budgets indiscriminately. The net result will not only diminish the humanities and social sciences but also the natural sciences and engineering. Yet, if the goal is to create human automata, the loss of creative talent, in any field, should be seen as a feature, not a bug.

Although the University of Illinois at Urbana-Champaign (UIUC) is perhaps most well-known for the hire/fire of Steven Salaita, and subsequent boycott, the release of emails related to the case also reveals some disturbing information about what people are free to think. According to the email trove, the Chair of the UIUC Board of Trustees believes that “The University, as the state’s public university,” needs to be subservient to the State. Rather than being independent and critical of other structures of power, higher education must serve the needs of those in power. The very antithesis of a classical liberal arts education is held up as the standard of education.

There is a long debate about the value of the Common Core. As way to educate, the intent is good, but the implementation is atrocious. It turns over education to educational testing companies who seek to profit off of our children. Standardization is the nemesis of critical thinking, the very thing that the Common Core seeks to engender. However, companies can only profit through simplification and standardization.

Education is moved from a public trust to a form of corporate welfare. The proof is found in the ways in which Democratic elites, who are pushing this education reform, are removing their own children from public schools and the requirements of the Common Core. The Common Core will potentially make acceptable workers, but terrible citizens.

The “Liberal” in Liberal Arts is not a political position

Vox ran a piece in June 2015 titled, “I’m a liberal professor, and my liberal students terrify me.” In part, it was a critique of identity politics. However, it is not the liberatory identity politics that are part of a process for declaring a community’s worth, but the identity politics which are based on an individual’s need to exert himself as the center of the universe. It is the product of a lack of critical thinking, and engagement with difference.

The pseudonymous author of the piece makes it a political statement, defining himself and his students as “liberal.” But the “liberal” in Liberal Arts is not a political position; it is a statement of method that seeks to engage a multitude of voices to construct something substantial.

I agree with Amanda Taub and Kelly J. Baker, both of whom penned must-read responses to the original article, that part of the author’s complaint is the loss of professorial authority. It is symptomatic of a larger devaluation of teaching in the academy.

At the same time, I do think it is also about identity politics and privilege on the part of the author. A commitment to method means that when there is disagreement in class, students should be asked to proffer evidence. If they are simply met with “but here is my proof, so listen,” they cannot distinguish between authority and authoritarianism. They become embedded in epistemic enclaves and see professors as ideological tools. They are not invested in their own education or development as people. That the author chose to position himself as a political agent affirms his lack of commitment to the Liberal Arts vision. He too is performing his identity politics.

As an educator, I firmly believe in education as an act of liberation. It is not about economic surety or success, but about realizing individual potential as students recognize they can question and challenge the world around them. For them to understand they have agency in shaping their world is one of the greatest pleasures an educator can have.

Unfortunately, more and more, we see education being relegated to types of paid apprenticeships, with the ultimate goal of creating better workers. Such a vision is corrosive not only to the individual but to the body politic. The dystopian future of governance by corporations is easier to realize when the primary goal is to be a worker/consumer than a citizen. It also makes government abdication of responsibilities to their own citizens more palatable. In this system, we also fail to grapple with difference in any meaningful way. Without this engagement, we are guaranteed more conflict, both domestically and internationally. Liberal Arts is about this engagement, not about political positions.

Education is dangerous and it should be. But we should embrace that danger and teach how to navigate challenging ideas and emotions as soon as we can. As Corey Robin argues, students recognize the power of education and are our natural allies in bringing back its true potential.