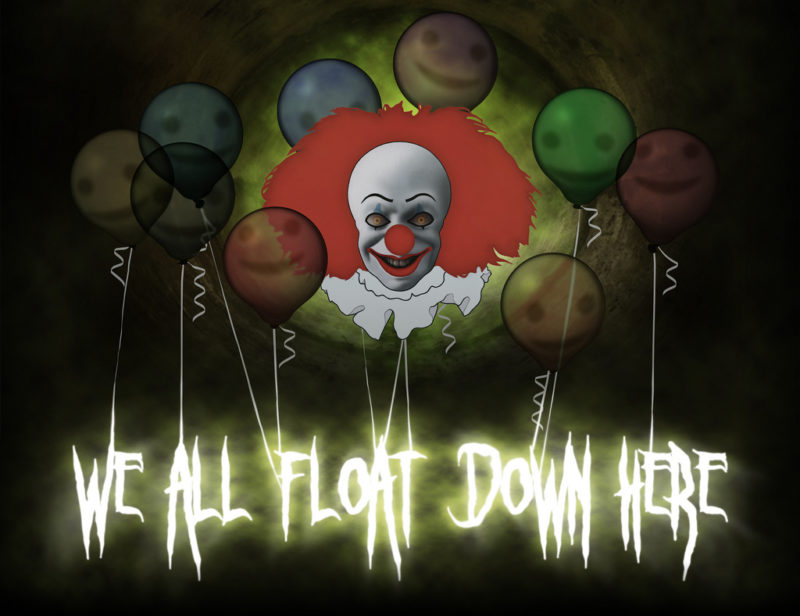 SPOILER ALERT: This article contains spoilers, so beware if you haven’t seen the film.

Director Andrés Muschietti’s new adaptation of It packs fresh terror into a familiar package. The film’s loving re-creation of the 1980s, along with its sincere treatment of Stephen King’s beloved, terrifying novel has proven to be irresistible for the American movie-goer, still basking in our Stranger Things-inspired nostalgia for the Age of Reagan.

‘80s nostalgia for Christians must include memories of boycotting cultural events like It as a common, if frustrating reality. And I suspect there are great numbers of Christians still today whose moral principles discourage attending a film in which children are graphically murdered, and pre-teen boys comically struggle to create an identity through swearing and casting lustful gazes on the body of a developing young girl.

However, for Christians to avoid this film purely out of the demands of cultural purity is a mistake. As much as any film in recent memory, It offers the viewer the chance to ponder the systemic evils of our society. Furthermore, the faithful viewer might come away from the movie wondering how the Church may unwittingly participate in those same evils. The wickedness the film explores, embodied in the singular figure of the demon-clown Pennywise, is the corporate sin that dominates Individualist America. Sadly, in the horrific landscapes of our world, not only does the Church too rarely stand against the kinds of systemic evils that feed Pennywise, it often actively participates in perpetuating them. For this reason, despite the depravity of its content, It is a film that might do a great deal of good for the Christian Imagination.

The film follows a group of adolescents who confront Pennywise, the demonic tormentor of their tragedy-prone small town Derry, Maine. First, the band of self-described “Losers” are gradually brought together by the bullies, abuse, ridicule, and neglect of their home. Then they find the strength in their ragtag community to hunt down and confront the monster that for generations has fed upon Derry and the fear of its citizens.

Bill Skarsgard portrays Pennywise as a demonic, ravenous clown perpetually amused by his own depravity. His presence on the screen is truly terrifying. From the outset, however, the film makes clear that Derry does not need a demon clown to import evil. It generates plenty of its own. From school-age bullies like Henry and Gretta to violent, abusive police officers, to the old men who leer at, and by heavy implication, sexually abuse, young Beverly, through a host of racist and other real-world evils, the town itself contains more than enough bad without Pennywise’s help.

Derry’s evil emerges from its individualistic ideology. The town is philosophically Darwinian as it viciously works to separate its losers from its winners. Then, like pagans, it discards them as sacrifices to appease Pennywise. When some teen girls perceive Beverly as an emerging sexual competitor, they spread demeaning rumors and literally cover her in garbage. A Loser is chosen. When the African-American child Mike enters into town to deliver meat, he is hunted and beaten by racial segregationists. Another Loser. The newly arrived, and overweight, Ben is similarly harassed into exile from the town. These three, out of affinity and sheer necessity, join the existing unit of town misfits, Bill, Ritchie, Eddie, and Stan, each of whom is abused in his own way by Derry’s various institutions. Derry’s winners need its losers, a function of its merciless class war.

Furthermore, Derry’s sin is inherited, passed down as a Satanic inheritance. It makes perfect sense then that Pennywise returns every 27 years, just in time to prey on a new generation of sacrificial lambs (the story includes many such religious metaphors, like Stan’s Bar Mitzvah and Mike’s family business of slaughtering sheep, another point of interest for Christian viewers of the film). The 27-year cycle suggests that Pennywise is a manifestation of a sinful inheritance, and the film identifies the source of that sin as individualistic self-interest. The factory explosion that killed 80 children decades in the past needed no evil clown, only greedy, heartless management putting individual profit above collective human life. Contemporary Derry’s brutal social stratification is merely another manifestation of the same self-worship.

Nonetheless, Pennywise is the villain, and he performs monstrous acts that obscure much of Derry’s sin. A closer look at the film, however, reveals how Muschietti and his actors work to implicate Derry, its institutions, and its citizens in Pennywise’s crimes. For example, in several key moments, the film’s human villains resemble Pennywise more than just a little, most notably the town’s two primary teenage villains, Henry and Gretta. Henry, who late in the film falls explicitly under Pennywise’s murderous spell, mimics his downward-angled grin while brutalizing his victims. Gretta dons his sardonic smile while writing “Loser” on Ed’s arm cast, literally labeling him as an outcast. Moments like these beg the question; is Pennywise the source or a function of Derry’s systemic evil?

Even if we put aside that metaphysical question, there is no doubt that Derry’s citizens and institutions are, at the very least, collaborators in Pennywise’s evil. At the film’s climax, just as the Losers begin to turn the tables on Pennywise, he takes Bill, the film’s main protagonist, hostage and offers the rest of the group a deal: they can either all die, or they may let Pennywise have Bill as a form of sacrifice. He will then go back into his 27-year hibernation and they will go on to live happy, long lives. Pennywise delivers his plan with the confidence of one who has seen it work in the past. The scene implies that previous generations of Derry’s citizens have taken this devil’s bargain and allowed injustice to be inflicted upon others in return for their comfortable, safe, individual lives.

The victim outcasts of 1989’s Derry eventually realize that individualism is the key to Pennywise’s power, and they resolve to reject it. When they are separated and individualized, they are powerless. Victory is finally achieved by abandoning the false safety of individual isolation and entering into unified, collective action, in which no single life in the group is less, or more, important than the others.

Hopefully by now, the implications for the Church are obvious. Jesus asserts in Matthew 25:40 that “whatever you did for one of the least of these brothers and sisters of mine, you did for me,” and he elaborates on this ethical mandate in the parable of the Good Samaritan. This philosophical line of thinking predates Jesus as well, and is at the heart of Cain’s ultimate question to God, “Am I my brother’s keeper?” The rejection of self-interest for the collective good is not a radical understanding of the Gospel, but an utterly orthodox one.

And yet, though many Christians are comfortable reading prophecy literally, the Sermon on the Mount is much more easily understood as metaphor. It is easy to understand why. To truly care for the least among us is a terrifying prospect. Mercy and Hospitality require a level of sacrifice that challenges our national values of individual responsibility and bootstrapping achievement. To take up the selfless mandates of the Sermon on the Mount is to abandon our comfortable, deceptively safe individualism. This has obvious importance for how Christians engage in debates over hot-button issues like immigration and DACA, but I want to suggest that it touches many more mundane injustices that the Church struggles with as well.

Who are the “Losers” that most American churches encounter? Abuses perpetuated by the Church regularly make the news and should indeed be a painful source of shame for all Christians who love the Church. The foundational sin of individualism is not always so obvious, however. The Church also often marginalizes dissenting political and social views from its congregations.

But the Losers that our churches create in order to shun are usually made simply by being politely ignored. They are newcomers, who find little more than pleasant but distant welcomes. Though they aren’t literally tormented by the Church (hopefully) in the way that Henry, Gretta, and Pennywise torture their victims, are they invited to lunch with existing groups of friends? Do we risk the comfort and familiarity of established relationships and enter into others’ lives? These small, seemingly unimportant gestures are where the Church often fails most miserably.

It’s most memorable symbols are the red balloons that Pennywise carries with him. Filled with helium, they “float.” The floating balloon is the source for Pennywise’s catch-phrase, “you’ll float too!” and it parallels the fate of his many victims, who eternally hover in the sewer that is his home. “Floating” is also the multi-generational sin of Derry. The town exists as it always has, doing Pennywise’s bidding, unwilling to face its own complicity.

Sadly, American Christianity often “floats too.” We raise our children in the institution and pass it on to them to perpetuate. That institution should stand against the currents of racial, economic, and social evil that increasingly dominate American culture. Instead, like Georgie’s paper boat and Pennywise’s victims, it floats right along with those currents, unable and unwilling to be the community our Losers need. And many Christians mechanically fill its pews, only to mimic and perpetuate the crimes of America’s morally foolish, yet penny wise, society.

The image of Pennywise’s victims floating in the sewer, neither alive nor dead, caught between his pit and the light of the surface world, is a bone-chilling one. But what makes it all the more terrifying is the thought that many Christians, myself included, just float along ourselves, caught between Heaven and Hell, never realizing we are alone together.

Daniel Anderson is Assistant Professor of English/Fine Arts Department at Mount Aloysius College where he teaches a range of Rhetoric, Literature, and Film classes at the Mount, including classes on the Jewish American Novel, Flannery O’Connor, Shirley Jackson, Franz Kafka, the Literature of Pittsburgh, and the Classic Horror Film. He also produces and hosts the Sectarian Review Podcast, which investigates art, culture, politics, and religion.