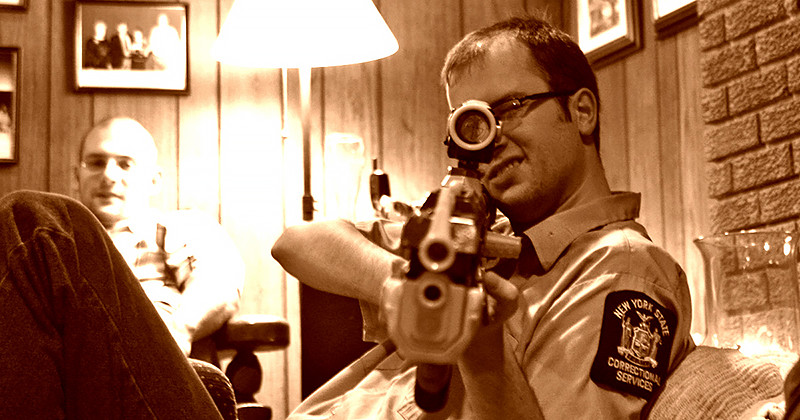 Overall, I’d say this year has been a mixed bag for religion. But then again, I’d have to say that every year throughout human history religious acts and beliefs have brought both bad and good to communities of people across the globe. America in 2015 is no different.

After all, it’s impossible to generalize about religion and religion is never one thing. It assumes multiple forms, can be contradictory and paradoxical, and is never isolated from specific contexts that include but are not limited to politics and political ideologies, economics and class, racial categories and ethnicity, popular cultures and education levels. Religion is not one thing that can be pinned down and so, sadly but also with some hope, it depends on how religious people behave: some religious people can behave very badly; some can be quite inspiring–even within the same religious tradition. Bono is one kind of Christian. Ted Cruz is another.

With 2015 coming rapidly to a close, I thought some sober reflections on the impact of religion in our society this year would be in order. (In contrast to a couple of years ago, when I wrote a less sober post at year’s end about the “Top 5 Religion Stories… Of All Time!“). Many of the religious figures and events that both grabbed our attention and speak to the deeper undercurrents of American religious cultures in our lives in 2015 stand out because of something unique and, dare I say, generalizable about religion: people disagree about, and are willing to fight and die over, the sacred.

So in no particular order, some of the top, most revealing religion stories of 2015:

— Oprah, Goddess: Next to the Pope, the greatest, most influential, and near all-powerful religious celebrity in America is Oprah. Yes, her noble attempt at producing a reputable, educated, and comparative series for CNN called “Belief” did not garner the high ratings many expected her to get, but her massive corporate media presence is still the bomb. She is and plays the role of a goddess who lives and teaches spirituality as a fundamental, engrained, really real reality.

— Gun Cult: Moving from the public appeal of charismatic religious leaders to more insidious religious sensibilities and values, 2015 is also the year of America’s primary fetishized object: the sacred gun. This American cult has got it all: obsessional devotion, irrational reverence, superstitious attachment, secret powers, primitive veneration, and so on. The influence and authority of the institutional arm of the cult, the NRA, is unparalleled, and the death and carnage celebrated by the cult in the name of its fetish (“The answer to more killing is more guns”) is now more than ever a normal part of the American fabric.

— Republicanity: The Republican Presidential candidates are reminding us this year that the GOP is still held captive by a religious ideology that is a curious mix of Republican values, patriotic grandstanding, and selective, and often strange, Christian interpretations of scripture and history. It is a kind of insanity I’ve referred to as “Republicanity,” a mash up of Christianity and modern Republican politics. It doesn’t matter whether you’re Catholic or Protestant, as long as you subscribe to an ugly and hateful view of Christ in the political world. Demonize your enemies and the government; glorify wealth and the violence wrought by self-righteous indignations; and avoid the sin of compromise at all costs and impose your version of Christianity on all others at all times no matter the costs to civil society.

— The survey says…: This year we saw two critical, and likely interrelated trends, in demographic shifts and people’s attitudes about religion reaffirmed: the rise of the “nones” and the decline of the male WASP. Yes, even though data suggests numbers of white Christians are declining, they still run the country, for the most part, and make up most of our elected officials. But the groundswell, coming from millennials, coming from diverse immigrant groups, coming from more liberal Christian groups, and coming from other cultural pressures will radically transform the religious marketplaces and spiritual landscape in America. Singular religious identity will grow less relevant, and committing to sacred social and political movements like gay rights or environmental activism or black lives matter will contribute to the contours and textures of contemporary American spirituality.

— The First Church of Cannabis: What more needs to be said? This religion story may have legs.

Gary Laderman is the Goodrich C. White Professor of American Religious History and Cultures, and Chairperson of the Department of Religion at Emory University. He writes on topics such as death, popular culture, science, sexuality, and drugs.